The City Planning Commission consists of nine (9) members who are appointed by the City Council to three-year terms. Members serve without pay and must be residents of Detroit. The Commission provides recommendations to the City Council on the physical, social and economic development of the City including the Five-Year Capital Agenda, Master Plan, and other proposals and ordinances for the regulation of development and land use, as required by the City Charter. The City Council may adopt the recommendations or reject them.

The Detroit Zoning Ordinance is now located at:

The City Planning Commission is pleased to announce the start of an important project called ZoneDetroit. The project is led by an experienced team of planners from the City Planning Commission staff, supported by an expert team of consultants. ZoneDetroit will modernize the existing Zoning Ordinance, providing an opportunity to refresh and rethink the existing regulations. ZoneDetroit will engage the community as part of the process to ensure local values and preferences are reflected in the finished product. For additional information, please visit the project website: ZoneDetroit.com

In November of 2016, the citizens of the City of Detroit were asked to vote on a new ordinance which would govern the Community Benefits Process for new development in the City. The Proposal B ballot initiative passed with 53% of the vote, effectuating the enactment of the City of Detroit’s Community Benefits Ordinance (CBO) Ordinance No. 35-16. Since that time a number of recommended changes have been offered by residents as well as members of City Council. 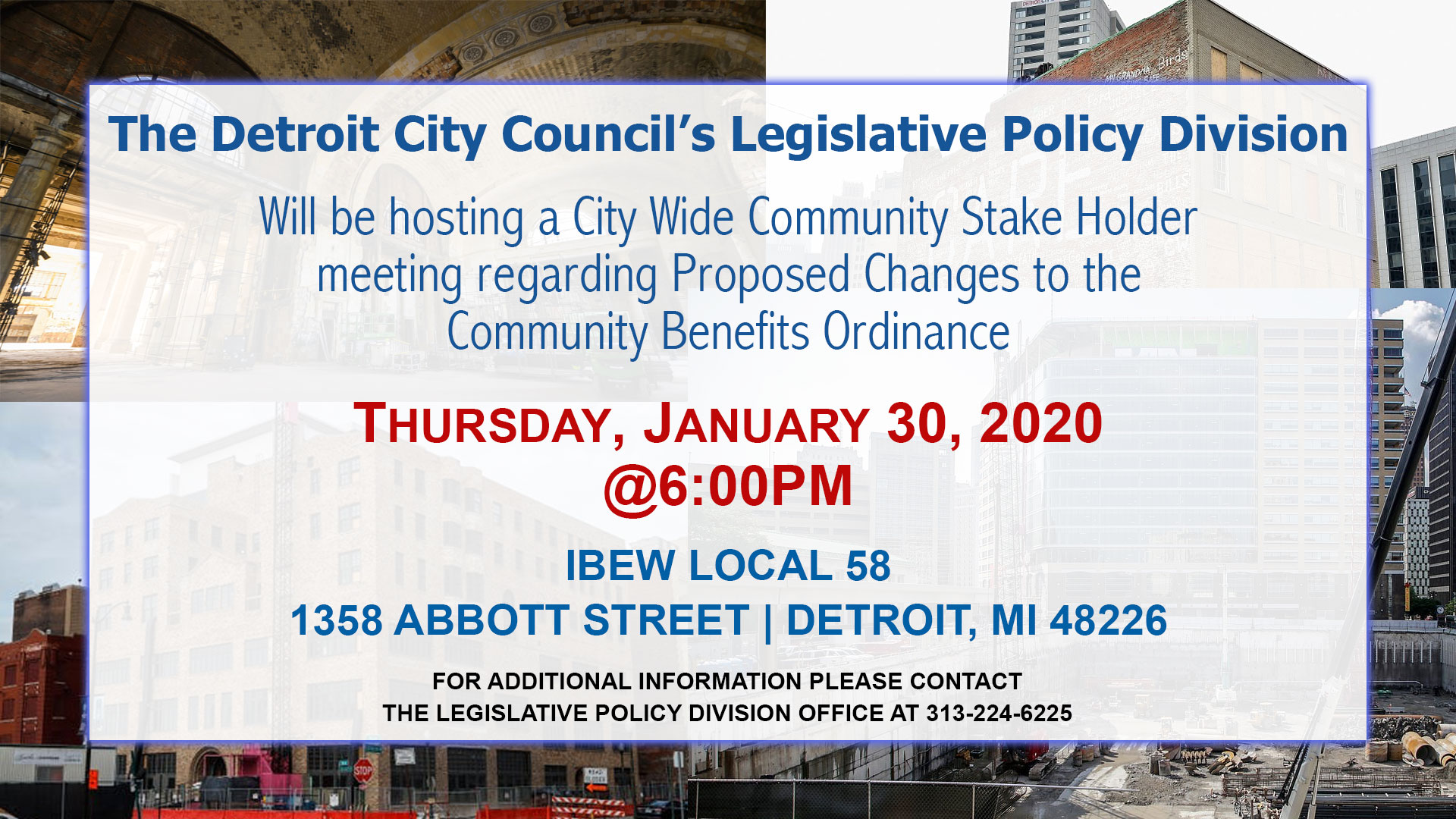 Copy of handout from the January 30, 2020 evening meeting.

Draft of the proposed Sign Ordinance. This document may change before it is passed by City Council.

END_OF_DOCUMENT_TOKEN_TO_BE_REPLACED

About the City Planning Commission