Biking in the City

The City of Detroit is working hard to make it safer and easier to travel by bike. On this webpage you can find a number of resources including a new online map, materials for print, and more. Additional materials will be added soon!

The City of Detroit created a bike resource guide to make it easier to move around the city on bike. Download and print the full versions in the Documents section below. 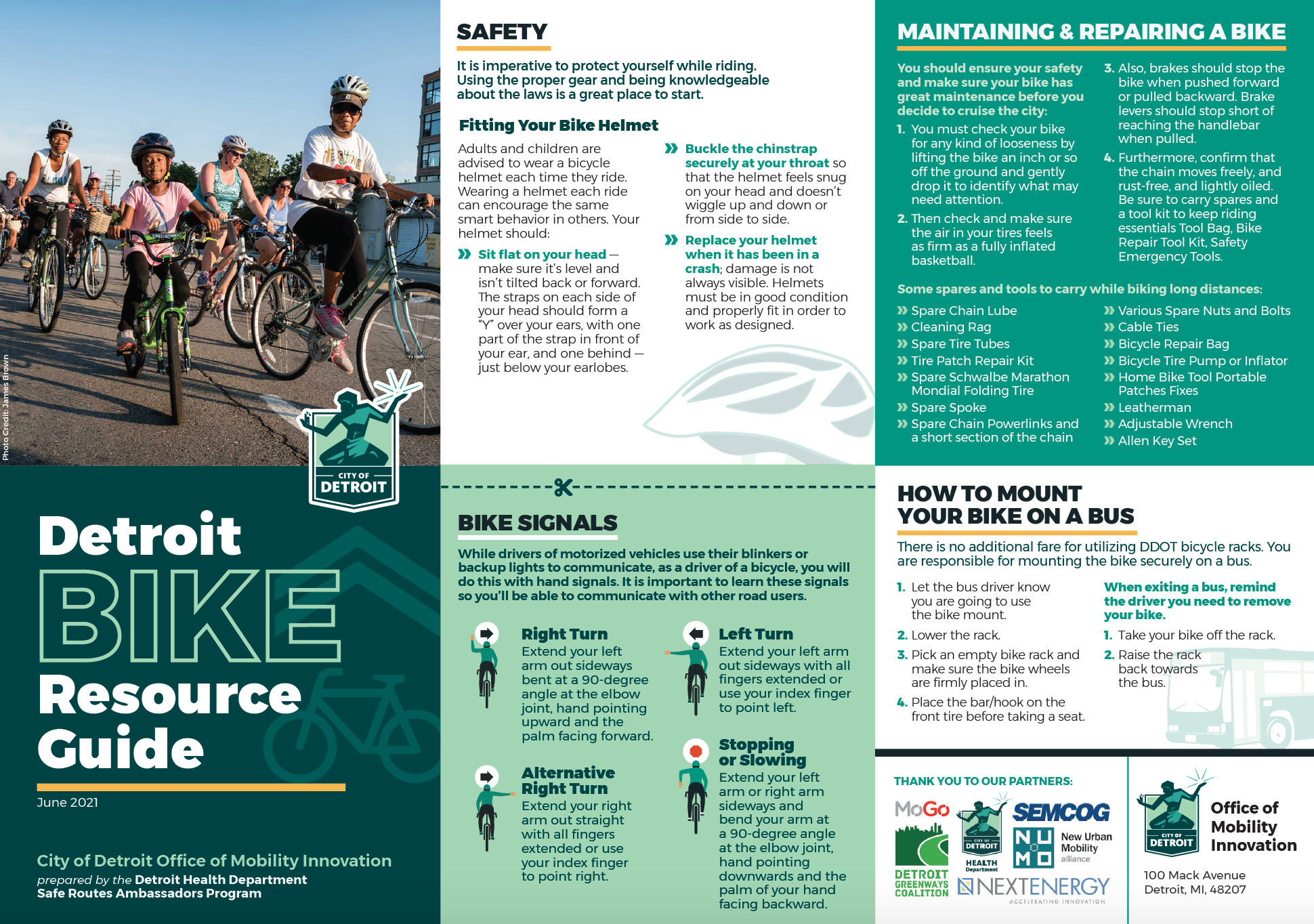 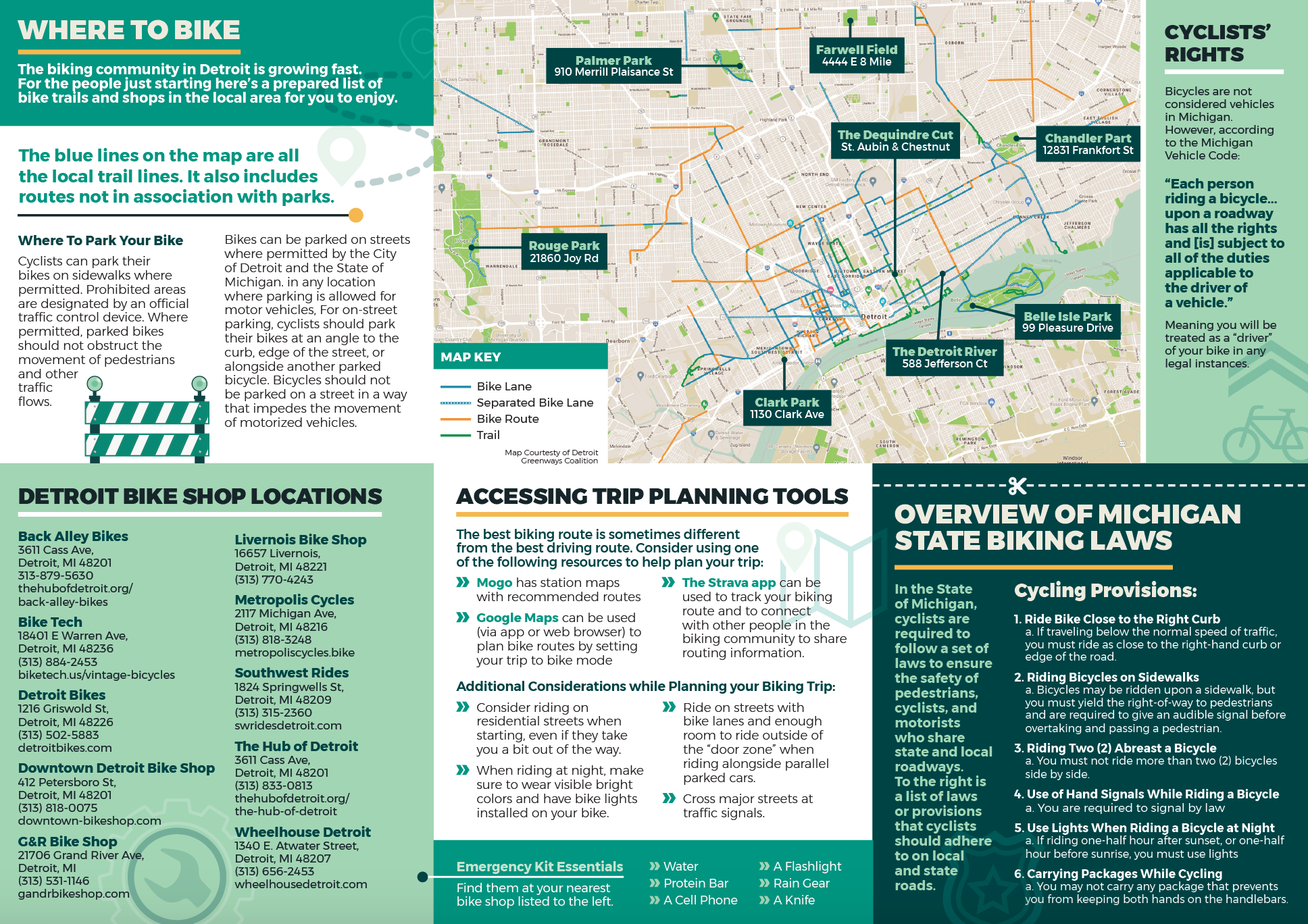 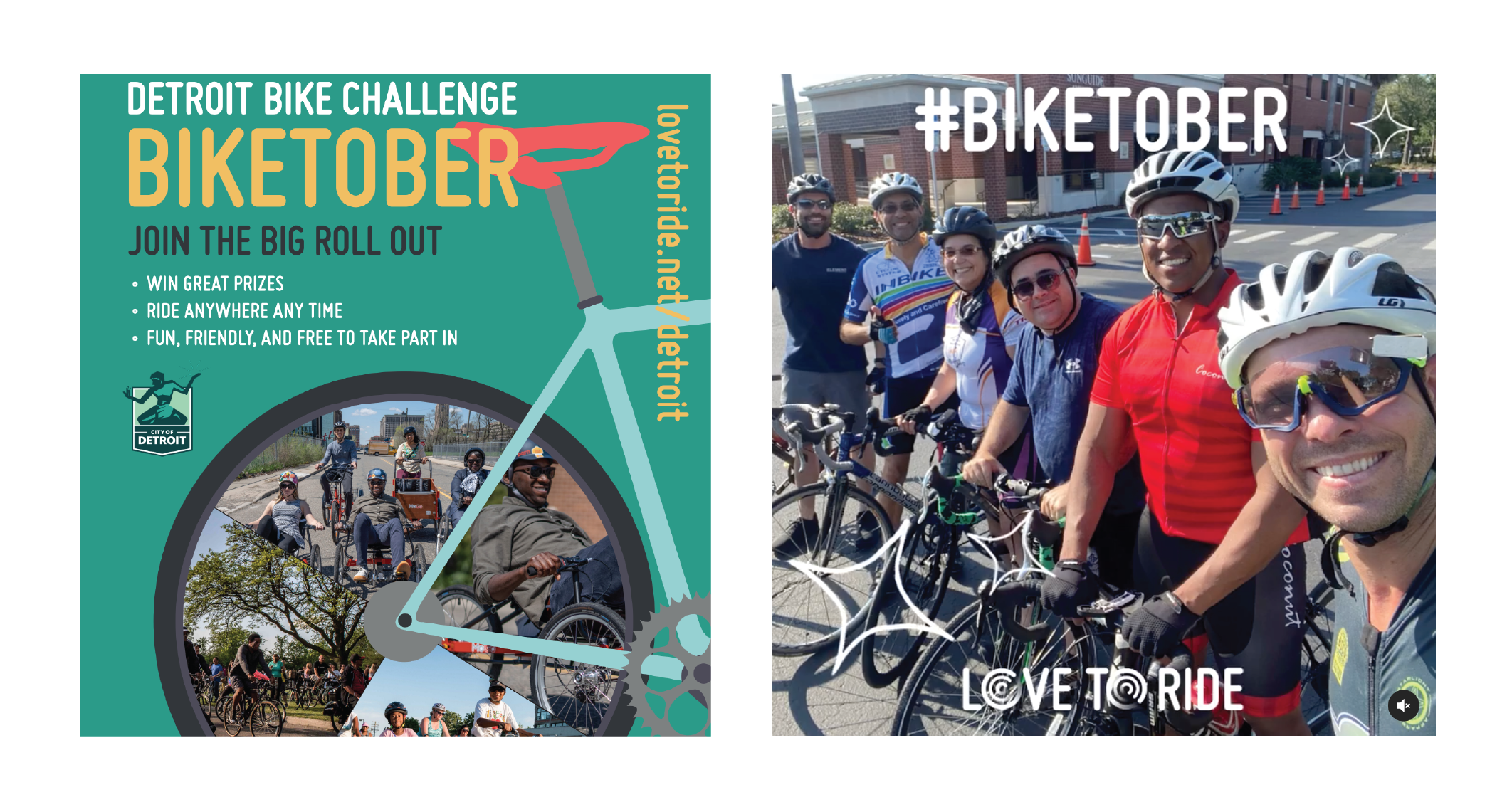 This October you can take part in the the big roll out for Biketober! Everyone can take part, no matter however often you ride. Take your bike for a spin in our friendly competition, win prizes and help your workplace top the leaderboards! Learn more and sign up on Detroit's Love to Ride website.

For the last two years, the City of Detroit has been working on Streets for People, or the City of Detroit's Transportation Master Plan. This Plan will guide the future of where we make safety improvements to Detroit's streets to make it easier and safer for all Detroiters to move around the city. Improving the City's biking network and amenities are key components of this plan. The full Plan will be available in early October. 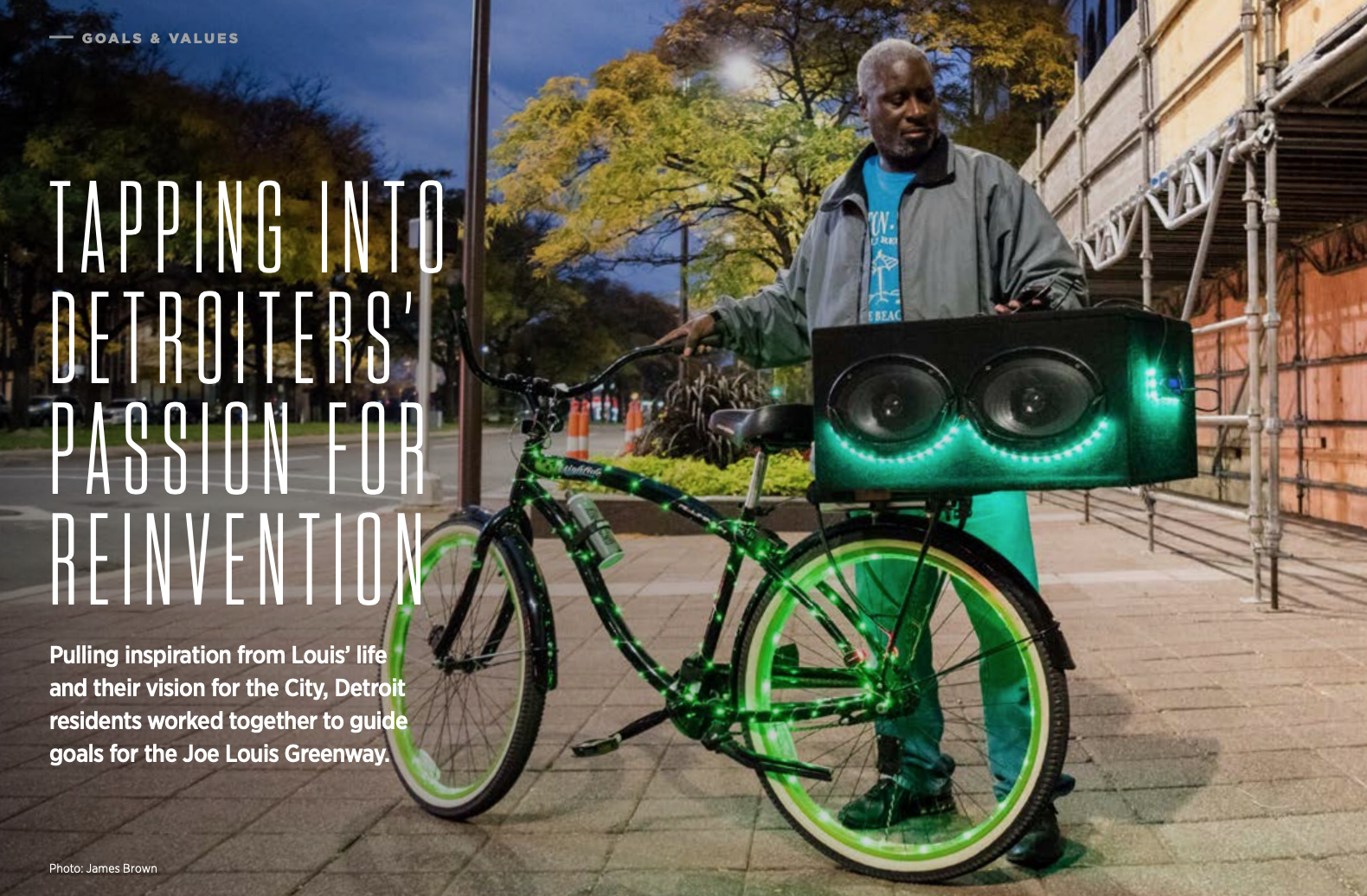 Named after legendary boxer and Detroiter, the Joe Louis Greenway is a proposed 27.5-mile pathway for walkers, joggers, and cyclists.  It will connect to existing paths like the Dequindre Cut and the RiverWalk, and provide a safe loop around the city.