DETROIT -- The former Cadillac Stamping Plant, a massive vacant manufacturing facility on Detroit’s eastside, is now being razed to make way for a new 684,000 sq.-ft. industrial building that is expected to employ 450 workers in automotive and manufacturing careers, Mayor Mike Duggan announced today.

The project to build the facility, which is expected to open about a year from now, is creating a significant opportunity for Detroiters and Detroit-based businesses through the demolition process, new building construction and the hiring for permanent jobs at the new facility:

“What for years has been a symbol of Detroit’s decline in this eastside neighborhood is now an example of real opportunity in our city,” said Mayor Mike Duggan. “Through every step of this process, we are making sure that Detroiters and Detroit-based companies are prioritized and have the chance to participate in and benefit from the work being done on this exciting new project.”

The stamping plant dates back nearly a century to 1925 when it was built for the Hudson Motor Company. Designed by Albert Kahn, the factory sent automobile bodies to the Hudson main assembly plant at Jefferson Avenue. General Motors bought the plant in 1956 and for thirty years hoods, fenders and bumpers for Cadillac automobiles were produced here. The plant has sat mostly vacant since the 1980s, although the Ivan Doverspike Company operated out of the facility on a limited basis until it vacated it in 2015.

Demolition on the site began in March this year and is expected to be completed in early July.  Work on the new facility will start soon after the site is cleared and has an anticipated completion date of June 2022.

“This project goes to the very core of what the City, State and the Detroit Economic Growth Corporation are doing to attract new business, jobs and investment to the City of Detroit,” said Kenyetta Bridges, DEGC, Executive Vice President, Economic Development and Investment Services. “With such a strong market demand for advanced manufacturing facilities and a short supply of Class A Industrial space, one of our most important priorities is to put contaminated, blighted property into productive use. This will enable job creation for Detroiters and strengthen Detroit’s competitiveness from a local, national and global perspective.”

Inner City Contracting President Curtis Johnson said he appreciates the opportunity for his company to play a key role in the redevelopment of a vacant site that will bring more jobs to the city.

“This project is very personal to me,” said Inner City Contracting President Curtis Johnson. “Not far from this site, my kids went to daycare, family members are buried, and we played ball with the Police Athletic League. We are returning Detroit to a place of family, community and opportunity. Most importantly, we’re involving Detroiters in the process.”

In 2019, NorthPoint Development approached the City with a plan to demolish the existing facility and build a multi-tenant industrial/manufacturing facility on the 9501 Connor St. site. The project represents the redevelopment of 43 acres of vacant land and an estimated $48 million in total capital investment. NorthPoint Development is a privately held real estate firm specializing in developing Class A industrial real estate facilities. Its portfolio includes nearly 100 million sq.-ft. of industrial space in 24 states. Colliers International has the exclusive listing on the building it is seeking a tenant. The selection process for a general contractor is underway.

“We are proud to have partnered with the City to attract a large corporate tenant and create good jobs for Detroit residents,” said NorthPoint Development CEO Chad Meyer. “We believe there will be strong demand from an automotive supplier due to the strategic location of this facility, the high demand for Class A industrial space, the strong workforce and the building’s specific configuration. It's incredibly rewarding, and an achievement that everyone involved with making this redevelopment a reality should be proud of, especially to see the automotive use of the past be reborn and come back to life as the automotive manufacturing platform of the future.”

Detroit at Work, the City’s employment and training agency, has been secured to recruit employees for the 450 jobs created at the new facility. It has a commitment from the developer to give preference to Detroit residents, similar to Stellantis (formerly FCA), which has hired 3,000 Detroiters for its new assembly plant and other nearby facilities through the Detroit at Work process.

“This is another great opportunity for Detroit residents to get priority access to good-paying jobs and get on a career path that leads directly to the middle class,” said Nicole Sherard-Freeman, City of Detroit Group Executive - Jobs, Economy & Detroit at Work. “Detroit at Work has already recruited thousands of employees for a range of Detroit manufacturers, and we anticipate there will be a high level of interest in these exciting opportunities.”

As a former stamping plant with a 100-year history, the site required significant lead and asbestos removal and extensive cleanup of contamination costing more than $18 million. The City of Detroit Brownfield Redevelopment Authority has been approved to receive more than $3.3 million in state tax capture from the Michigan Strategic Fund to reimburse the developer for eligible brownfield activities, making the project possible.

Wayne County is also assisting by sponsoring a $1 million Clean Michigan Initiative grant from the Michigan Department of Environment, Great Lakes & Energy (EGLE) which will be used to address environmental issues as well as on-site storm water detention. The City of Detroit is supporting the project with the local portion of the Act 381 Brownfield Plan request valued at $10 million and an anticipated 12-year Industrial Facilities Tax Exemption valued at $8 million.

"Economic development is a team sport, as well as a very competitive one,” said Kevin Johnson, DEGC President and CEO. “To successfully attract new companies to our City, we need white box facilities and modern industrial parks. By working with City Council, the Michigan Economic Development Corporation and the Mayor’s office, we have a winning team well positioned to compete for new investment.” 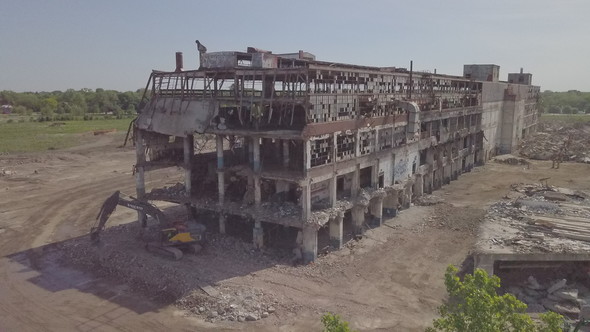 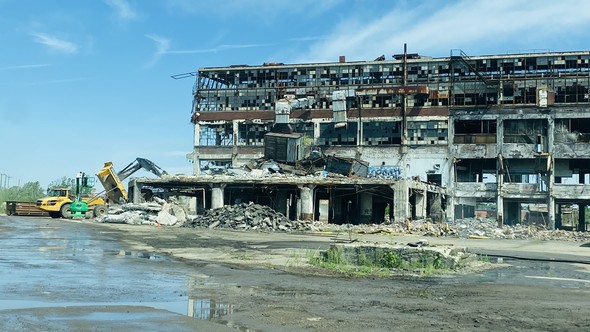 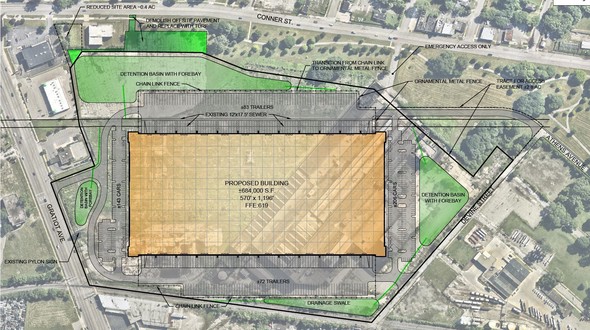 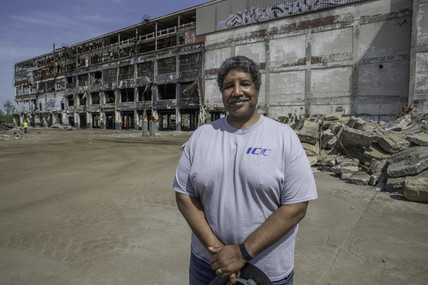