DETROIT – Detroit Mayor Mike Duggan and community leaders joined URGE Development Group, N’Namdi Holdings LLC and Hosey Development today to kick off construction of The Sawyer Art Apartments, a $10.8 million mixed-use development that will include 38 affordable housing units and 6,186 square feet of commercial space. The block-long development is the first ground-up construction of this scale to begin along the city’s recently completed McNichols streetscape, which runs from Livernois to Greenlawn near the Marygrove campus.

The development is part of the Strategic Neighborhood Fund (SNF) initiative, a partnership between the City of Detroit and Invest Detroit.  The Sawyer Art Apartments will feature eight studios, 17 one-bedrooms, and 13 two-bedroom units, all of which will be listed at affordable housing rates between 60% and 80% area median income (AMI), designed to help more Detroiters afford quality housing. This means individuals earning between $34,000 and $45,000 would be income-eligible to live there. In addition, the retail spaces will be offered at reduced rates to entrepreneurs to help bring even more life to the thriving Live6 commercial corridor.

Located at 7303 W. McNichols, The Sawyer Art Apartments will span a block between Monica and Prairie in the Live6 neighborhood, replacing a long-vacant auto service station and two vacant buildings. In addition to the equity generated by the affordable housing and reduced-rate commercial spaces, the three-story, 33,000-square-foot building is expected to create around 100 construction jobs and 25 permanent jobs. The building is expected to be completed in mid-to late 2023.

“The Sawyer Art Apartments is a great example of Detroiters rebuilding Detroit in a way that is affordable for the residents who stayed in this community,” Mayor Duggan said. “This is a development team from Detroit that is truly community-focused.  This new development will build on the energy and revitalization we have been witnessing along McNichols since we completed our streetscape project this fall.”

As part of the SNF, The Sawyer Art Apartments will build on the corridor’s dense, walkable community by offering coffee shops, restaurants and other activities to residents and students at University of Detroit Mercy, the Marygrove campus and the strong shopping corridor along Livernois, one of the most heavily concentrated areas of Black entrepreneurship in the country.

The McNichols corridor saw the completion of a $7 million streetscape overhaul as part of the SNF in October. Streetscapes are a central piece of the Strategic Neighborhood Fund’s plan to improve 10 neighborhoods across the city and in every council district. The purpose of the streetscape program is to create resident-focused streets that better serve and attract businesses and families and spark community development.

“The Sawyer Art Apartments is an example of the type of catalytic projects that are needed and possible throughout the neighborhood in Detroit,” said Hardamon, CEO of URGE Development Group. “These projects are challenging and need the collective support of the City, State, private financing and foundation support. But, when done right, the impact cannot be understated.”

Dr. N’Namdi, managing partner of N’Namdi Holding LLC and president of the N'Namdi Center for Contemporary Art in the Historic Sugar Hill Arts District in Midtown, added: “The Sawyer Art Apartments will provide an example of how art can be infused into affordable housing so, not only are we beautifying and upscaling our neighborhoods, we are also providing cultural prospective and preserving legacy. Through the integration of the arts this development will highlight Live6 and the Fitzgerald/Bagley neighborhood’s rich cultural legacy of African Americans injecting new energy, resources, activity, people and enthusiasm into its local economy.”

The building is named in honor of contemporary Detroit artist Tylonn Sawyer, whose work often examines historical narratives and imagery to determine their role in what’s happening in America today.  This year, the Detroit Institute of Arts (DIA) Founders Junior Council selected, Sawyer’s painting “White on White: Stone Mountain” as the first work acquired for the museum’s permanent collection from their African-American Art Acquisition Fund established in 2020.  In addition, his work has been featured in solo and group exhibitions across the country and the world. In honor of Sawyer, a collection of his works will be installed, helping to beautify not only the apartments that bear his name, but also the neighborhood. 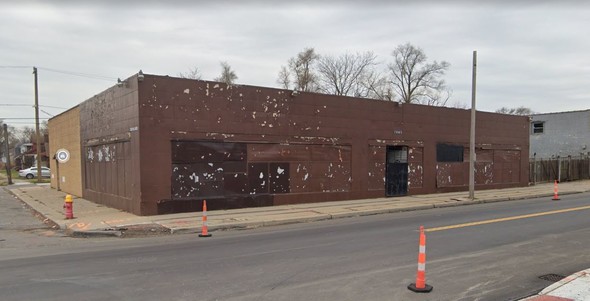 Development of The Sawyer Art Apartments would not be possible without funding and support from several Detroit and statewide partners. The Michigan Economic Development Corporation provided a $1.25 million subordinate loan, and the Michigan Department of Environment, Great Lakes and Energy provided a $1 million grant through the Detroit Brownfield Redevelopment Authority.

“The Sawyer Art Apartments project is transforming long-vacant, unused space into a vibrant property that will contribute to the walkability, vitality, and density of the Bagley Fitzgerald neighborhood, while also bringing affordable housing, increased economic activity in the neighborhood, and spaces for entrepreneurial growth,” said MEDC Senior Vice President of Community Development Michele Wildman. “We’re pleased to collaborate with our many local partners in supporting transformative projects like Sawyer Art Apartments that help create vibrant, resilient communities where people want to live, work, visit and play.”

Invest Detroit, a mission-driven lender, investor and partner, provided $3.5 million in the form of a New Market Tax Credit allocation and $2.5 million through the SNF.

“Invest Detroit was able to support this project with two powerful financing tools,” said Carrie Lewand-Monroe, executive vice president of strategy and programs for Invest Detroit. “With $2.5M from the Strategic Neighborhood Fund, a partnership with the City of Detroit funded by philanthropic dollars, and from a New Markets Tax Credit allocation, a federal tax program that encourages investment in underserved areas, we are able to increase the catalytic momentum in this Livernois-McNichols neighborhood corridor. This project will work with other neighboring initiatives supported by SNF to bring more investment, resources, and opportunities to the residents and businesses in this historic neighborhood.”

“Capital Impact had the honor of supporting three Black developers with their vision of bringing this project to fruition,” said Ellis Carr, president and CEO of Capital Impact Partners and CEO of CDC Small Business Finance. “This project is well aligned with Capital Impact’s goal of financially supporting experienced and emerging developers of color in Detroit who engage with their community to deliver high-impact projects. As we continue to work with partners and developers of color, we are constantly finding new ways to innovate and improve in order to help Black and Brown developers thrive. The Sawyer Art Apartments reminds us that it takes collaboration, coordination, flexibility and creativity to support worthwhile and impactful neighborhood projects."

“DEGC, working with the city and public authorities, continues to focus on what’s most important to Detroit, and that includes developing land for productive use,” said Kevin Johnson, president and CEO of the DEGC. “This project is a pivotal element in transforming the West McNichols corridor into a vital community for Detroiters to live, shop and work.”

As part of its efforts to ensure that real estate developers of color are able to participate in growth and revitalization efforts, Capital Impact Partners provides training, technical assistance, and mentorship through its Equitable Development Initiative. Charting a new path toward inclusive economic opportunity, this initiative supports developers of color as they grow their careers and support local communities.

The Sawyer Art Apartments follows the groundbreaking for URGE and N’Namdi Holdings’ LLC starting construction last fall on the Osi Art Apartments at 3820 Grand River Ave. between the Woodbridge and Core Cities. Half of its 30 units will be designated as affordable housing for those residents making 80% AMI. The four-story building will feature three studios, 25 one-bedroom and two two-bedroom apartments. The 25,000-square-foot development also will feature more than 5,000 square feet of rentable commercial space. It is slated for completion first quarter of 2023. The Osi project was also the first development in the city to tap the new Detroit Housing for the Future Fund (DHFF), a public-private partnership aimed at directing $75 million in private capital to affordable housing in Detroit. The DHFF works in concert with the SNF to direct concentrated investment to the city’s neighborhoods. 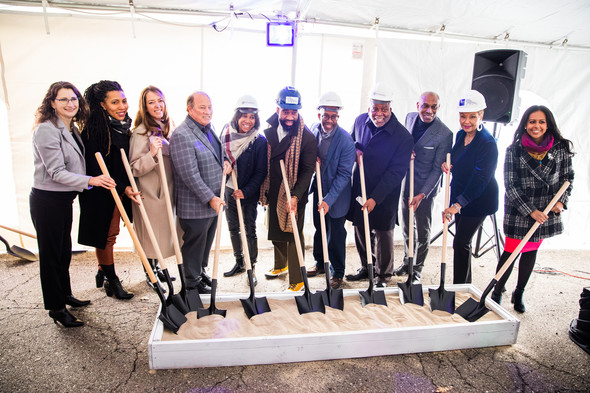