NOTE:   Media Avail on Wednesday, September 29 at 11AM - Tyler St between Broadstreet Ave and Petoskey Ave

Detroit - It looks like every day is becoming Hump Day in Detroit. Today, the city's Department of Public Works (DPW) announced yet another round of traffic calming speed humps will be installed before the end of this year, bringing the grand total to more than 5,500.

Earlier this year, Mayor Mike Duggan announced the city would install 4,500 speed humps on residential streets across the city to help address concerns about speeding and safety.

Two weeks ago, DPW officials announced they were expanding their already ambitious program for the year to from 4,500 to 5,200 speed humps.  After a careful review of resources and requests, it has been determined still more speed humps can be added to the 2021 installations. Today, DPW announced an additional 350 humps will be installed before the first snow flies, bringing the 2021 total to 5,550.

“Speeding and reckless driving have become a huge public health and safety concern and speed humps have been not only popular but effective in reducing speeds in many residential neighborhoods,” said Dayo Akinyemi, DPW Deputy Director. “This program came about because we listened to the concerns of our residents and developed a solution the community has wholeheartedly embraced.”

Residents can find out what blocks were selected by visiting the City of Detroit website:

As of September 22, the deadline to opt-out of Phase Two, there have not been any residents requesting to be withdrawn from the second round of installations. If a block wishes to opt-out of the program, please provide a letter from your block club captain speaking on behalf of all residents on the block or a signed petition by Friday, October 8. Scan the QR code (below) or click the link to the City website to submit a petition. All requests and petitions to opt-out for a speed hump must be submitted through the City of Detroit website.

“If your block was selected as part of the initial program posted in March of 2021 and you still have not received your speed hump, it could be due to utility construction on your street or a need for resurfacing,” said Caitlin Malloy-Marcon, DPW deputy director Complete Streets. “Your speed hump is still forthcoming and will be installed when the street work is complete.”

As a reminder, the criteria that we consider for placing the speed humps is as follows:

DPW is on pace to complete the installation of all three rounds of speed humps which includes those published in Spring of 2021 by mid-November. The department is now releasing this third round of 2021 speed humps from the now nearly 20,000 requests received from residents. 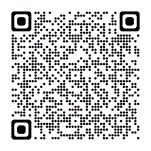