The City of Detroit’s Planning & Development Department (PDD) will present to the community tonight its vision for bringing millions of dollars in investment to the Gratiot/7 Mile neighborhoods, the 10th and final Strategic Neighborhood Fund plan to be completed. Implementation of the plan will begin in the coming months.

Like the other SNF neighborhoods, the private-public investment in Gratiot/7 Mile represents a vision of a healthy and beautiful Detroit, built on inclusionary growth, economic opportunity and an atmosphere of trust and cooperation between residents and the City. The plan is focused on four key areas – parks and greenways, mixed-use and multi-family development, commercial corridor improvements and neighborhood stabilization. The plan builds upon existing strengths of the neighborhood and aligns resources to marshal a significant and holistic neighborhood revival. The Gratiot/7 Mile plan will see at least $5 million invested into the community, but the final number will likely be higher.

The boundaries of the target area are East 8 Mile Road to the north, Houston-Whittier Street to the south, Schoenherr Road to the west and Kelly Road to the east, and include the neighborhoods of Franklin, Mapleridge, Mohican Regent and Regent Park. The Gratiot/7 Mile neighborhoods are in City Council Districts 3 and 4.

“The residents of the Gratiot/7 Mile area have worked for years to make their neighborhood a better place to live,” Mayor Mike Duggan said. “They are resilient and dedicated, and now, thanks to the Strategic Neighborhood Fund and our corporate partners, the City is able to lend a hand. I’d like to thank the community for helping to create and guide this plan.”

Each neighborhood in the city and in the SNF target areas is unique with its own needs. The Gratiot/7 Mile neighborhoods have the highest amount of vacancy among the 10 SNF neighborhoods. 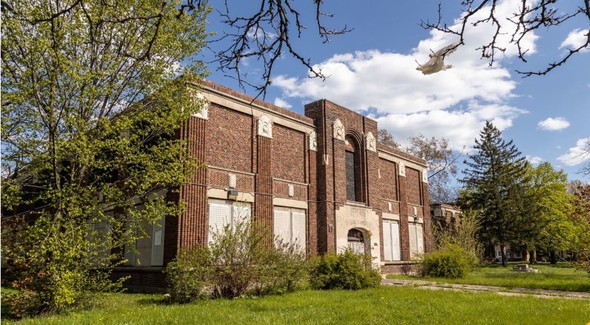 Neighborhood stabilization is the top priority in the area, with some 1,500 abandoned properties. This was echoed by residents of the Gratiot/7 Mile communities, 70 percent of whom said blight removal and demolition of unsalvageable, vacant city-owned structures is their top priority. Proposal N, which Detroit voters overwhelmingly approved in November, will be essential to stabilizing the neighborhood and tackle the sheer volume of vacancy and blight in the area, which is holding its turnaround back. The first round of Prop N spending will see 139 unsalvageable eyesores in the target area razed. Residents also want the City to prioritize the redevelopment of the vacant Burbank School as potential senior housing or community space. The City will be issuing an RFP or RFQ for the site soon.

By eliminating blight and improving the quality, beauty and safety of the neighborhood, the progress will spread to adjacent communities, as has been seen in other parts of the city that have seen beautification, stabilization and investment.

“Like with all of our SNF neighborhood projects, residents have been front and center in informing the vision for their communities,” said Katy Trudeau, acting director of PDD. “We will leverage all of the strengths of the Gratiot/7 Mile area, and the dedication and commitment of its residents, to make the biggest difference in the areas where residents want to see the biggest changes. This plan supports the work residents are already doing in the neighborhood while focusing the City’s resources to make the most impact.”

Another top priority for residents was creating a better commercial corridor with more entertainment and retail. This request was coupled with a need for better connections for residents and businesses with resources and help, which the City will improve with its business liaisons and programs like Motor City Match. Neighbors also made it clear that slowing vehicles on connector streets with traffic-calming measures, and better connecting residents with schools and parks were the other key priorities. 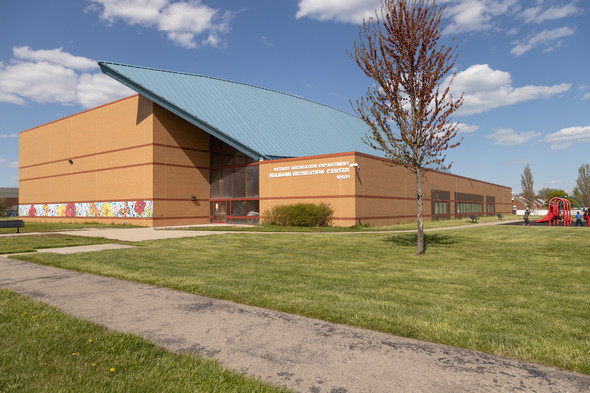 Working with the State of Michigan, improvements will be made to Gratiot, a state highway, and other streets such as Kelly Road will also be upgraded.

“We knew that reaching people would be difficult given social distancing requirements, so our partnerships with community groups was key,” said Khalil Ligon, a planner with PDD who oversaw the planning process. “I would like to thank our 14 community partners, as well as our neighbors who weighed in over the course of this year-and-a-half planning process. Their feedback has been instrumental in coming up with this plan.”

The plan was developed over the course of a year and a half, beginning in December 2019. It was built upon in-depth feedback from the community, gathered from community meetings, weekly Zoom calls, canvassing thousands of households, survey responses, postcards, online interactions through social media and www.detroitmi.gov/G7, and more, overcoming COVID-19 barriers in the process. The vision is focused on ensuring all residents who have stayed can take advantage of the improvements, while welcoming newcomers to the neighborhood. It is also an example of how targeted public investment can help jump-start private investment in Detroit’s neighborhoods.

The corporate partner in Gratiot/7 Mile is Fifth Third Bank, which operates a branch in the neighborhood at 14820 Gratiot Ave.

“Fifth Third Bank continues to take great pride in partnering with the G7 neighborhood via the Strategic Neighborhood Fund,” said David Girodat, regional president of Fifth Third Bank in Eastern Michigan. “We remain committed to this community, the City and vision of this overall program. This initiative serves as an excellent model for other cities in how they approach community investments and redevelopment.”

Despite COVID-19, the City made considerable progress in the other SNF areas, including community engagement, construction and preservation of affordable housing. Streetscapes either completed or to be finished soon include Livernois, McNichols and Kercheval streets; Butzel Park will begin a makeover soon, and Jayne Field and Zussman Park are among those recently completed. The Parker-Durand project at Kercheval and Van Dyke, which is half affordable units, is nearing completion.

“The Gratiot/7 Mile corridor is home to some of the most dedicated Detroiters you’ll ever find,” said Councilmember Andre Spivey, who represents the half of the planning area. “The completion and implementation of this plan will build upon what the residents have started, improving the quality of life for all those who already, or will one day soon, call the Gratiot/7 Mile neighborhoods home.”

“Community planning is always strengthened when local residents help guide the process, and residents and organizations said they want improved commercial corridors, expanded entertainment, and neighborhood and home upgrades,” said Councilmember Scott Benson, who represents the western side of the Gratiot/7 Mile planning area. “This investment in the Gratiot/7 corridor will offer more stability, beauty and safety, and it’s exciting. It’s another example of how living in Detroit has its privileges.”

Tune in to watch the presentation:
5:30PM Thursday, June 24