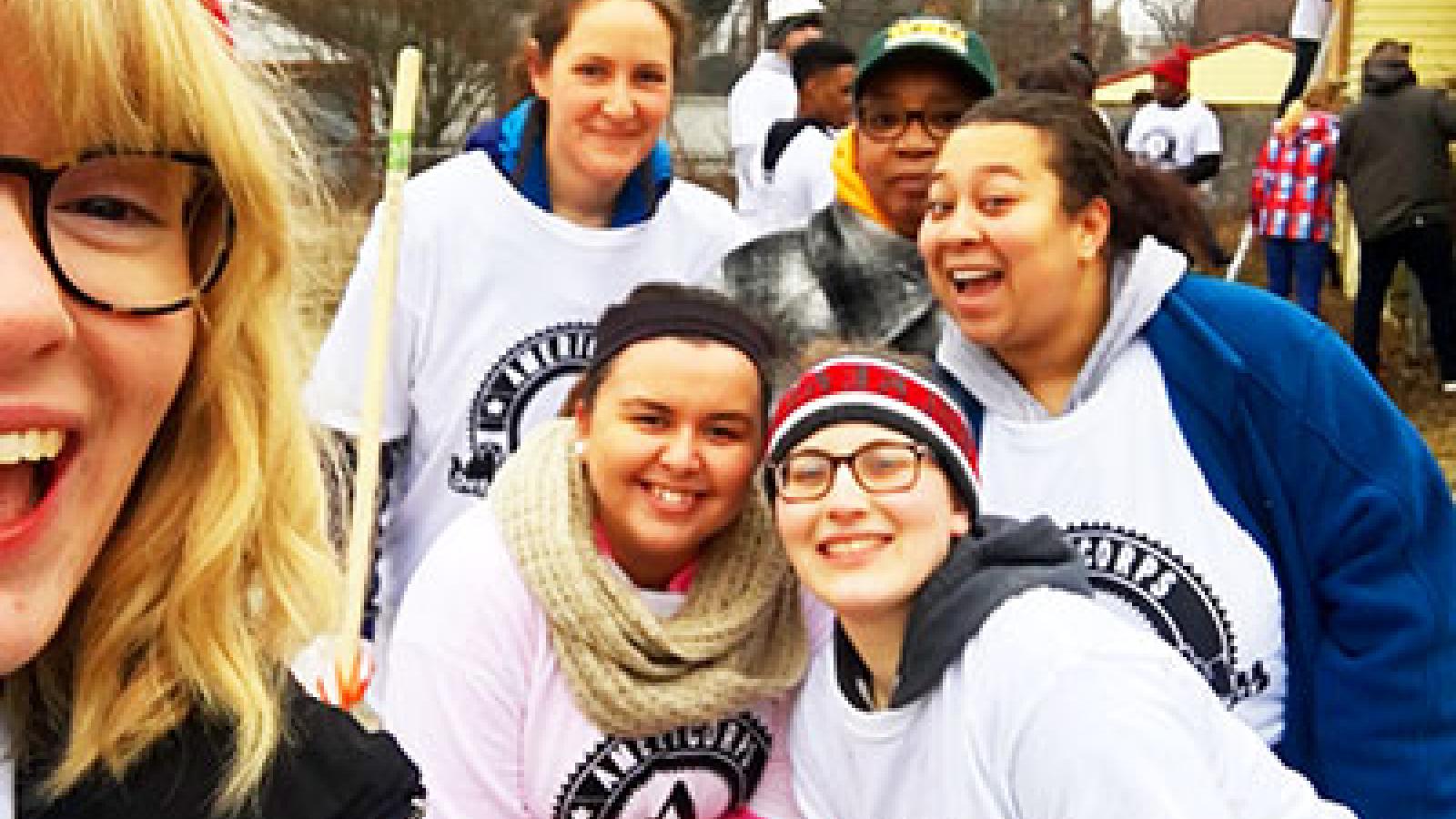 13 new VISTA Volunteers (a.k.a "VISTAs") have begun work in the City of Detroit's Mayor's Office. Paired alongside District Managers, the VISTAs will aid in strengthening and expanding block clubs, revitalizing the City's radio and security patrols and mitigating blight. This incredibly talented group comes to the City of Detroit from all walks of life, with vast experience across various sectors. One thing they do all share in common is their passion for rebuilding Detroit. The VISTAs will be working with the Mayor's Office until November 2017.

Mary is a seasoned retiree of corporate America and Paralegal.  Her most rewarding business venture was the Project Coordinator/Administer at Ford Motor Company to purchase, setup and implement Computer Aided Industrial Design globally with a 5-year timeframe that was successfully completed in 3½ years.  Mary is a long-time community and political activists, instrumental in getting the Affordable Care Act signed into Law and working tirelessly to register voters.

Carroll is a Native Detroiter and previously worked for DTE Energy for 18 years. Following DTE, Carroll was a campaign volunteer for Mayor Duggan in 2014. Carroll has also served as a volunteer for one of Detroit’s largest mobilization effort, Angels’ Night.

Barbara has a Bachelor Degree in Interdisciplinary Studies and a Master of Education with a major in Instructional Technology from Wayne State University. She has worked in both the private and public sector. Barbara was also a volunteer for Mayor Duggan’s campaign in 2014 and has since volunteered for various efforts under the administration.

Coire attended Eastern Michigan and Wayne State University majoring in Journalism and Communications. Currently she works with the City of Detroit Department of Neighborhoods, District 3 as part of the Americas VISTA program. Upon completion, she will be returning back to school to complete her education.  Coire Nichols Houston has over two decades of sales, event, marketing, promotion, production and public relations experience.

Korran is a native Detroiter and a mother of 3 teenage boys. Korran has a degree in Psychology and plans to further her education and pursue a degree in Nursing with a focus on Trauma and Neurology. Korran has worked in Education for over four years in Climate and Culture Discipline as well as managing Cheer Programs for Think Detroit PAL and DPS/Harper Woods School districts. In her spare time, Korran operates a successful home based nail technician business. Korran is passionate about youth and building character in young people.

Kecia is a native Detroiter. Kecia is an alum of Fisk University, where she holds a BA in Psychology and Human Resource Administration.  Kecia has worked across various sectors including entertainment, nonprofit, social service, education and health care. Kecia has always remained passionate about serving Detroit. You can often find Kecia mowing and cleaning vacant lots or shoveling a neighbor’s snow.

Shannon Fitzpatrick graduated from the Honors College at Michigan State University with dual degrees in Spanish and Arts and Humanities in 2016. She has studied in Ireland and Cuba as well as spending 2 months living in a small town in rural Costa Rica working on a youth development project. She is excited to be working with and learning from her colleagues in the Mayor's office as well as community leaders in Detroit.

Kimberly Ballor is a Mexican born immigrant and has lived in the metro-Detroit area for 8 years. She is an Honors College graduate of Oakland University. Kimberly graduated with a Bachelor of Arts degree in Spanish Language and Literature and a minor in Anthropology.

Brianna has a Bachelor's degree in International Studies and a Master's degree in Social Work from Ohio State. She has worked in social services and refugee resettlement and is originally from North Dakota.

Jessica is a current Wayne State University undergraduate student majoring in Urban Studies with a minor in African American studies. She is anticipated to graduate this May 2017. Born and raised in the metro Detroit area, she plans to remain in the area post-graduation with hopes of one day attending law school. When she isn't helping the city build up block clubs and radio patrols she enjoys spending time with family and friends.