The festivities begin Wednesday Sept. 21, 2022, when the Motown Museum joins DBFF for a celebration of the 50th anniversary of the film, “Lady Sings the Blues.” The evening features an opening night reception with filmmakers and the movie screening at the Charles H. Wright Museum of African American History. Tickets for events and films at The Wright and the Boll Family YMCA are available first come-first served at Eventbrite Detroit Black Film Festival.

“Lady Sings the Blues” is a 1972 American biographical drama directed by Sidney J. Furie about jazz singer Billie Holiday. The film starred Detroit's own Diana Ross along with Billy Dee Williams, Richard Pryor, James T. Callahan and Scatman Crothers. Ross debuted as Holiday in the film while under contract with Motown founder Berry Gordy. At the time, she was emerging as a solo artist after years with The Supremes. The film was produced by Motown Productions for Paramount Pictures. Ross was nominated for an Academy Award for Best Actress. And the soundtrack, which featured Ross singing Holiday's songs, was a hit.

Both Ross and Williams won NAACP Image Awards for Outstanding Actor and Actress in a Motion Picture for their performances. DBFF co-founder Marshalle Favors said she and her husband, Lazar, chose the iconic film because “It’s a renowned classic with brilliant performances that made it to the big screen because of Motown.”

Motown Museum CEO Robin Terry agreed. “Motown Museum is delighted to partner with the Detroit Black Film Festival to recognize the contributions of Black independent filmmakers,” she said. “We are particularly excited to co-host the festival’s opening event and special viewing of “Lady Sings the Blues.”

Motown Museum is undergoing a multi-million-dollar expansion, and DBFF co-founder Lazar Favors said the partnership “gives us a chance to support the Motown Museum as it begins a new chapter.”

This year’s festival will feature 86 films from 14 countries, including 12 made by metro Detroit filmmakers. Opening night screenings include a short film by Academy Award-winner Steve McQueen. In addition to screening great films, the festival will offer networking opportunities with filmmakers, a closing night awards ceremony and the debut of “Film Forum,” a series of roundtable dialogues with distribution companies, professional actors and other industry professionals.

The DBFF is supported by the Wright, the Carr Center, the City of Detroit Office of Arts Culture & Entrepreneurship, Y Arts Detroit, the Motown Museum and Yum Village.

Presented by the Ford Foundation, the 3rd annual Detroit Black Film Festival (DBFF), which was founded in 2020, continues to showcase the voices and stories of Black independent filmmakers nationwide. DBFF is dedicated to screening excellent, high-quality films from seasoned and emerging filmmakers that highlight a spectrum of stories reflecting African American experiences, narratives and culture. The festival co-directors, Lazar and Marshalle Favors also are the founders of Trinity Films Entertainment Group (TFEG), an umbrella company for the Detroit Black Film Festival. The couple is committed to working purposefully to contribute to the sustainability and economic growth of the film community in metro Detroit.

“We strive to support filmmakers as artists and to provide an exceptional platform for their work,” Marshalle Favors said. 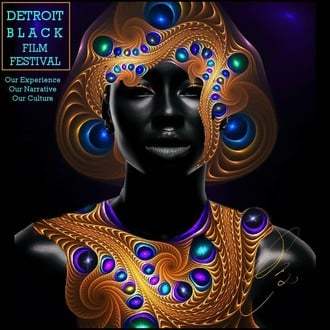