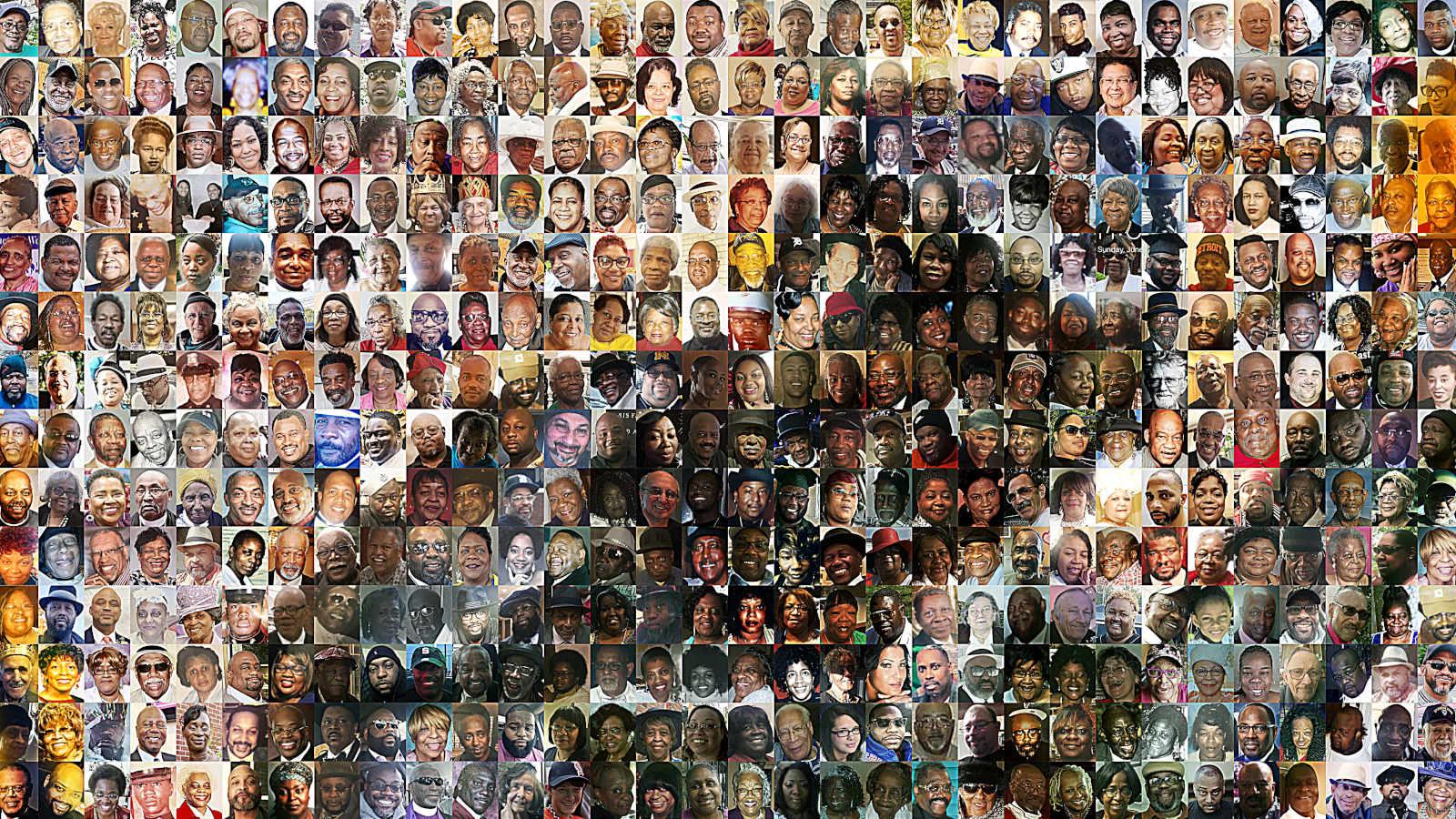 The City of Detroit is seeking 400 volunteers to assist with the August 31 Memorial Drive on Belle Isle to honor victims of Covid-19, the nation’s first citywide memorial to honor pandemic victims.

Volunteers will join those already on board from companies and organizations that include: United Way For Southeastern Michigan, DTE, Blue Cross Blue Shield, The Parade Company, the Belle Isle Conservancy, 4OurCommunity and the Order of the Eastern Star.

Mayor Mike Duggan has declared August 31 Detroit Memorial Day, a time to remember those who did not have the funerals and home-goings they deserved.

On Monday, Detroit Memorial Day, families will drive their cars in 15 consecutive funeral processions past nearly 900 billboard-sized photos of loved ones staked around the island. The photos represent a majority of the 1,500 Detroiters lost to the virus between through early August. Family members provided each of the images being displayed along the memorial drive route.

The public is asked to visit the Island to see the photos next Tuesday and Wednesday to allow families to mourn on Monday.

WRCJ 90.9 FM is partnering with the City to provide the soundtrack for the Memorial Drive. Mourners—and residents across the city –  will be asked to tune their radios to 90.9 all day so the sounds of gospel, classical and jazz music will rise up like thunder along the river and around Detroit.

“If we couldn’t have the symphony come to the island, we can have the island play the symphony,” said Rochelle Riley, director of arts and culture for the city and coordinator of the memorial.

After the Monday processions, the City has arranged for repasts, or dinner, for the nearly 900 families, thanks to the hardworking restaurants that just recently fed front-line workers .

In addition to the Presenting Sponsor and Repast Sponsors, the City deeply thanks all those who are still contributing, including: Huntington Bank, Walker-Miller Energy Services, Blue Cross Blue Shield, Global Automotive Alliance, The Library Collective, Century Partners, The Parade Company, the Detroit Tigers and members of the Memorial Steering Committee.

Families will line their cars up for processions on Atwater Street across from the Aretha Franklin Amphitheatre at their assigned times. Families were emailed those times.

Mayor Mike Duggan will speak at 8:30 a.m. at the foot of the bridge to Belle Isle. At 8:45 a.m., he will call for the ringing of bells on the island and across the city. The first procession will cross the bridge while the bells ring. Detroiters across the region – families, businesses, churches, neighbors – are asked to ring bells for 15 minutes to honor our 1,500 victims and signal the beginning of the drive.

“We will be there from the beginning to the end, whatever you need,” said Verheyden’s owner, Brian Joseph. “Anything to tell everybody that this Covid issue is not a game. Let people see it.”

The hearses will lead the processions north on Chene and east on Jefferson to Belle Isle and then around the island.

Riley said she chose a memorial drive, not just for social distancing, but because it was a chance to make people understand the seriousness of the pandemic.

“People are not seeing flag-draped coffins coming home from war or attending daily funerals,” she said. “We need to see hearses. We need to see the mourning, so that everyone will understand that this is a pandemic that is stealing people away from us.”

The Memorial Drive is possible only because family members agree not to leave their cars, thus abiding by Gov. Gretchen Whitmer’s mandate against social gathering. Families can return on Tuesday and Wednesday. to take photos with the billboards or place memorabilia near the photos.

All families that follow the guidelines will receive the large billboard photos of their loved ones as a gift from the city the day after the event.

Belle Isle will be closed to all public car, bike and pedestrian traffic for the day. At 4 p.m., after the final procession, all mourners and all Detroiters are asked to head home to watch The Ford Fireworks on WDIV Local 4. There will be no in-person viewing of the fireworks this year.

City shares powerful memorial collage with faces of 900 of the city's 1,500 COVID victims

For more information about the memorial contact Rochelle Riley, Director of Arts and Culture at (313) 720-1016 or [email protected].