City to rededicate field to honor Lt. Col. Alexander Jefferson, decorated member of the Tuskegee Airmen, on his 100th birthday

City to rededicate field to honor Lt. Col. Alexander Jefferson, decorated member of the Tuskegee Airmen, on his 100th birthday 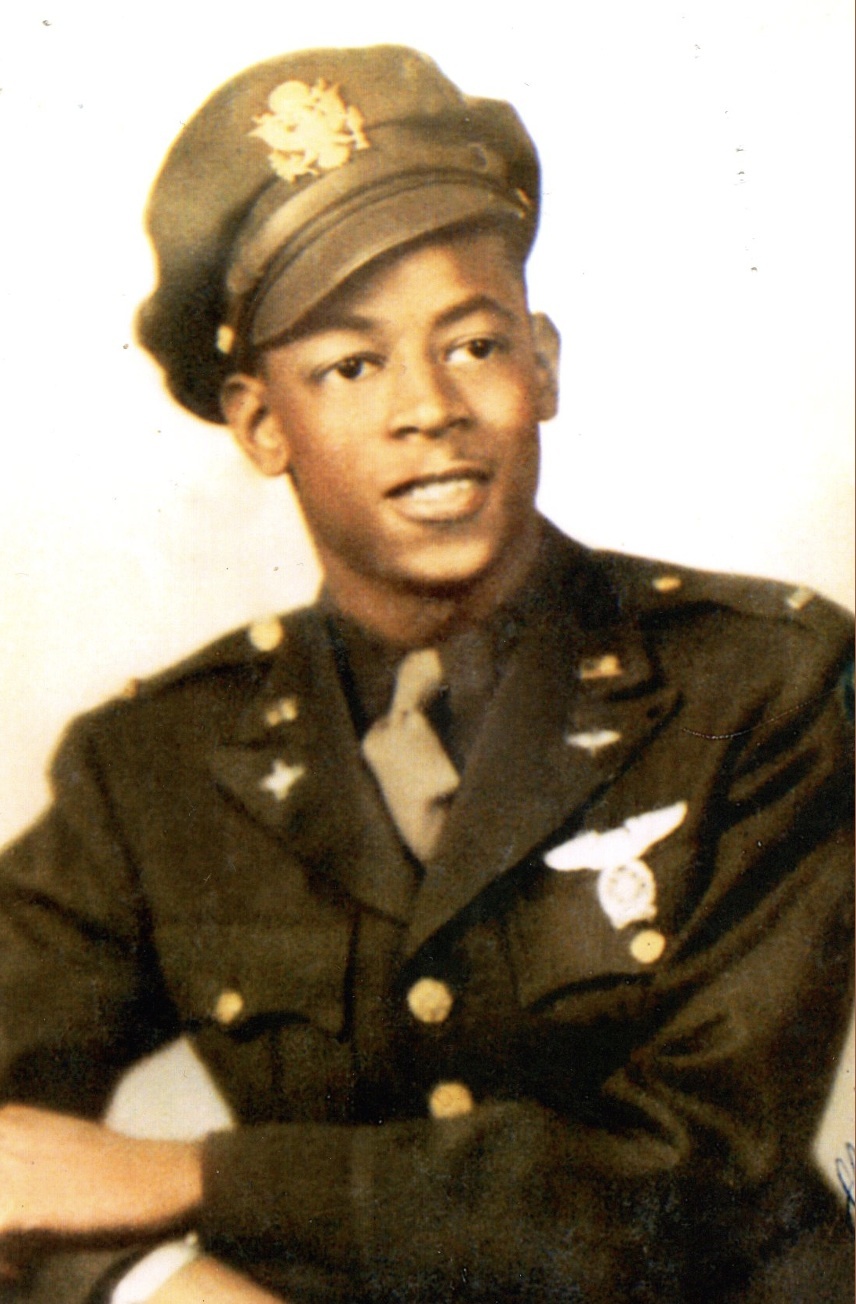 The City of Detroit is inviting the press and guests to a ceremony to rededicate Jefferson Field at Rouge Park, which is named for Lt Col. Alexander Jefferson, whose service as a Tuskegee Airmen helped win World War II.

His flying unit, called Red Tails for the colors on their plane tails, escorted bombers into action in Europe – and lost so few planes that bombers requested them for flying runs.

The City is honoring Jefferson on his 100th birthday by announcing the creation of a plaza and statue on the field where Jefferson once flew model airplanes as a boy.

The event begins at 11 AM today in Rouge Park at Joy Rd. and Spinoza, with remarks from Sen. Debbie Stabenow, U.S. Representative Rashida Tlaib, Deputy Mayor Conrad Mallett and City of Detroit Historian Jamon Jordan.  During the event, Deputy Mayor Mallett will present to Lt. Col. Jefferson the city's highest honor: The Key to the City.

Individuals wishing to attend should RSVP to [email protected]

The Office of Arts, Culture and Entrepreneurship (Detroit ACE) will unveil a rendering of the plaza and statue in hopes the field will become a new community gathering space in Rouge Park on Detroit’s West Side. Jefferson and the Tuskegee Airman overcame segregation and prejudice to become one of the most highly respected fighter groups of World War II. They set the stage for civil rights advocates to continue the struggle to end racial discrimination during the Civil Rights Movement. The field, already named for Jefferson, is currently used and maintained by the Detroit Aero Modelers to fly model airplanes.

Detroit ACE, in partnership with the General Services Department (GSD) and the Department of Public Works will lead the work to create a welcoming public space for youth and families to honor one of the most decorated soldiers from World War II and his enduring contributions to Detroit and America and inspire youth to become pilots.

“The City is so proud to honor one of our own, a hero who helped win World War II, then returned home to change lives by becoming a beloved teacher and assistant principal, all while ensuring that people continue to learn about the service of the Tuskegee Airmen,” said Rochelle Riley, Director of Arts and Culture. “We hope this plaza will serve as a gathering place at one of our biggest parks and a home where other future pilots will find camaraderie.”

The City will be enforcing strict Covid-19 protocols at the event. All guests will be required to wear masks and remain socially distanced. We are asking the guests not to approach the lieutenant colonel but to offer cards to his family if desired.

The City also is supporting a public event honoring Lt. Col. Jefferson that is being hosted by the Tuskegee Airmen Detroit Chapter and his family on Saturday, November 20 at the Coleman A. Young City Airport. Details will be released on Tuesday.

In January 1944, he graduated from pilot training course at Tuskegee Army Airfield followed by three months of Combat Training at Selfridge Field, Michigan. He served as a P- 51 fighter pilot with the Red Tail, 332nd Fighter

On August 12, 1944, three days before the invasion of southern France, he was shot down by ground fire while strafing radar stations on the coast. Captured by German troops and interned for nine months as a prisoner of war, he spent the first five months in Stalag Luft III, 80 miles east of Berlin.

On January 29, 1945, when the Russians started their offensive, the prisoners, American, British and French, were transferred to Stalag VIIA, Moosburg, about 20 miles north of Dachau. Liberated by American forces on the 29th of April 1945, Jefferson visited Dachau to witness the results of the atrocities committed by the Nazis.

He was discharged from active duty in 1947 and retired from the reserves in 1969 with the rank of Lieutenant Colonel. Following the war, he became an elementary science teacher in the Detroit Public Schools. He retired as an assistant principal in 1979. He is an active member of various church, educational and alumni organizations. He is one of the founders of the Detroit Chapter of the Tuskegee Airman (which is the original chapter) and is a member of the Tuskegee Airmen Speaker Bureau. As a Life Member of the Silver Falcon Association, he served on a voluntary basis as an Admissions Counselor for the U.S. Air Force Academy.

On October 14, 1995, Lt. Col. Jefferson was inducted into the Michigan Aviation Hall of Fame.