DETROIT - The City’s first Official Historian, Jamon Jordan, will give his first annual lecture at Gordon Park, at the corner of Rosa Parks and Clairmont, site of where the ’67 rebellion began.

The public and media are invited to hear Jordan, who was appointed by Mayor Mike Duggan on October 25, 2021, talk about his tenure and hundreds of history tours and lectures he has given over the past year. But as importantly, he will focus his remarks not on the violence and destruction that erupted in 1967 but on everything that happened afterward as Detroit recovered and continues to thrive.

"The history you read in books is oftentimes not the history that is the lived experience of the people," said Mayor Mike Duggan. "When Rochelle Riley told me we needed a City Historian, I agreed and told her she need to find a historian who would tell the story of longtime Detroiters. Jamon Jordan is doing just that. He is filling a huge hole in the fabric of our community, and I couldn’t be more proud of his work."

Rochelle Riley, Director of Arts and Culture, said Jordan’s work has been “a tribute to his lifelong passion for history – Detroit’s, America’s and the world’s. We are blessed to have him offer constant reminders of how rich our history and culture are.” 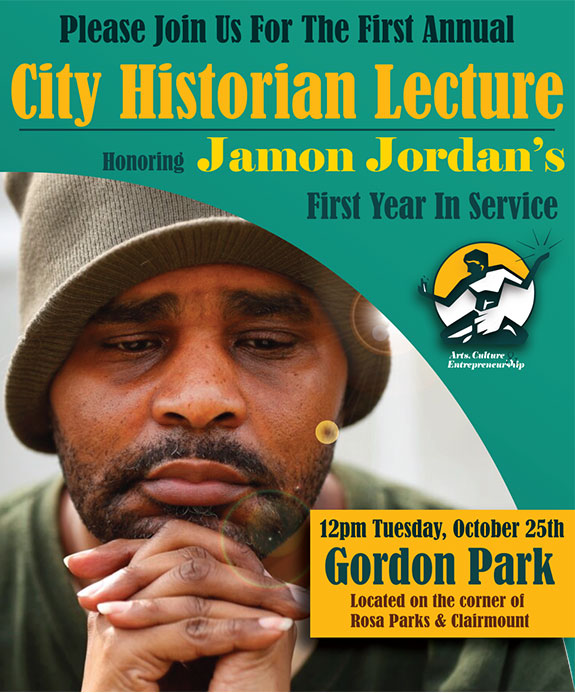