DETROIT - The City of Detroit Department of Public Works (DPW) has begun a limited resurfacing project of a 5.7-mile stretch of East Jefferson Avenue from Beaubien Street to Lakewood Street. The two-phase project is going on now and is expected to wrap up Monday, September 3, weather permitting.

Since E. Jefferson will undergo a full rebuild in conjunction with a planned major DWSD water infrastructure project in the next 2-3 years, the two primary travel lanes in each direction will receive a new top layer of asphalt –as opposed to a full-depth resurfacing – to provide an improved riding surface until the reconstruction project begins in a few years. 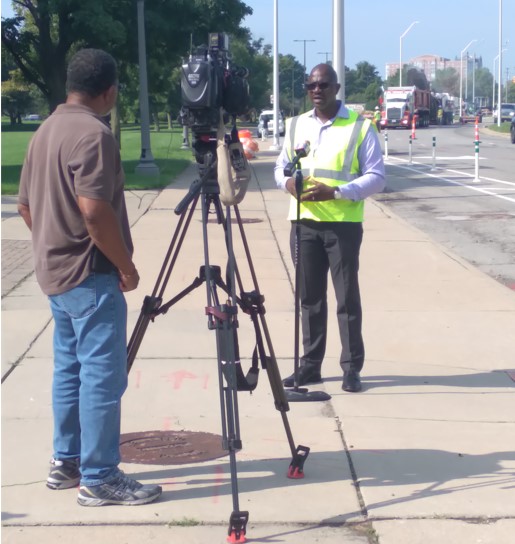 “We understand E. Jefferson is a well-traveled major thoroughfare and want to make sure motorists experience an improved riding surface and minimal inconvenience,” said DPW Director Ron Brundidge. “This 5.7-mile stretch will be completed in about two weeks with limited lane closures. We are coordinating closely with DWSD to time their water line replacement with our plans to fully reconstruct and redesign E. Jefferson.”

The first phase of the project from Rivard to Lakewood will be a low-impact resurfacing of the primary travel lanes only, proceeding one lane at a time. The project will begin in the far right travel lane heading eastbound from Rivard, affecting that lane only. That will be followed by the resurfacing of the far right lane heading westbound from Lakewood back to Rivard. The same process will take place for the second travel lane. Each lane will take 3-4 days to complete from end to end, weather permitting. 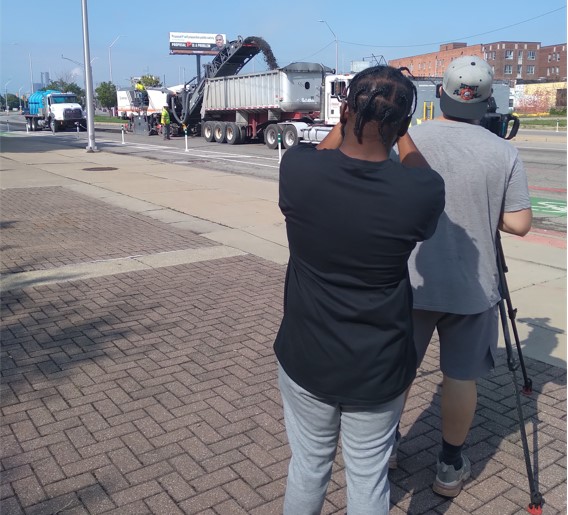 During the resurfacing of the far right-hand lanes, on-street parking will be prohibited where active work is taking place. Because this is an interim project aimed at providing an improved ride for motorists at low cost, bike lanes and the center turn lane will not be resurfaced before the future reconstruction.

The final phase of the project will be a full resurfacing between Rivard and Beaubien which will also wrap up on September 3.

In approximately three years, DPW will oversee a complete streetscape project for East Jefferson Avenue, similar to projects on Livernois and Grand River. The project will include several underground utility updates including from the Detroit Water and Sewerage Department (DWSD). As part of its capital improvement program to upgrade the water and sewer systems, DWSD is planning to rehabilitate or replace existing water mains in coordination with the Great Lakes Water Authority. The complete streetscape project is currently in the design phase. 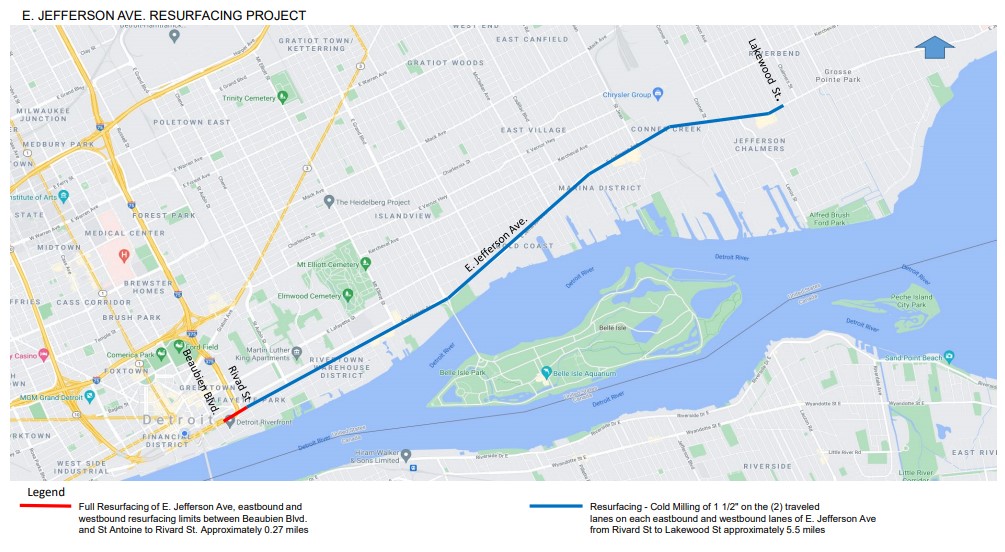