The City of Detroit owns property across the City, including both properties used to support services (such as parks and police stations) and properties that are not serving a public purpose. With the approval of the City Council, the City sells surplus property to residents, community organizations, developers, and others for a variety of uses that provide public benefit and return the properties to productive use.

With some exceptions, commercial properties (both vacant land and buildings) are held by the City of Detroit, under the Planning and Development Department. This inventory includes properties that revert to the City through tax foreclosure, as well as properties previously used in the City that have been deemed surplus.

The Detroit Land Bank Authority owns vacant residential properties, including homes, side lots, and vacant land that may be developed. For more information about the DLBA's inventory and sales programs, visits website.

The City of Detroit sells its surplus properties in several different ways.

In general, the process for acquiring property from the City is as follows: 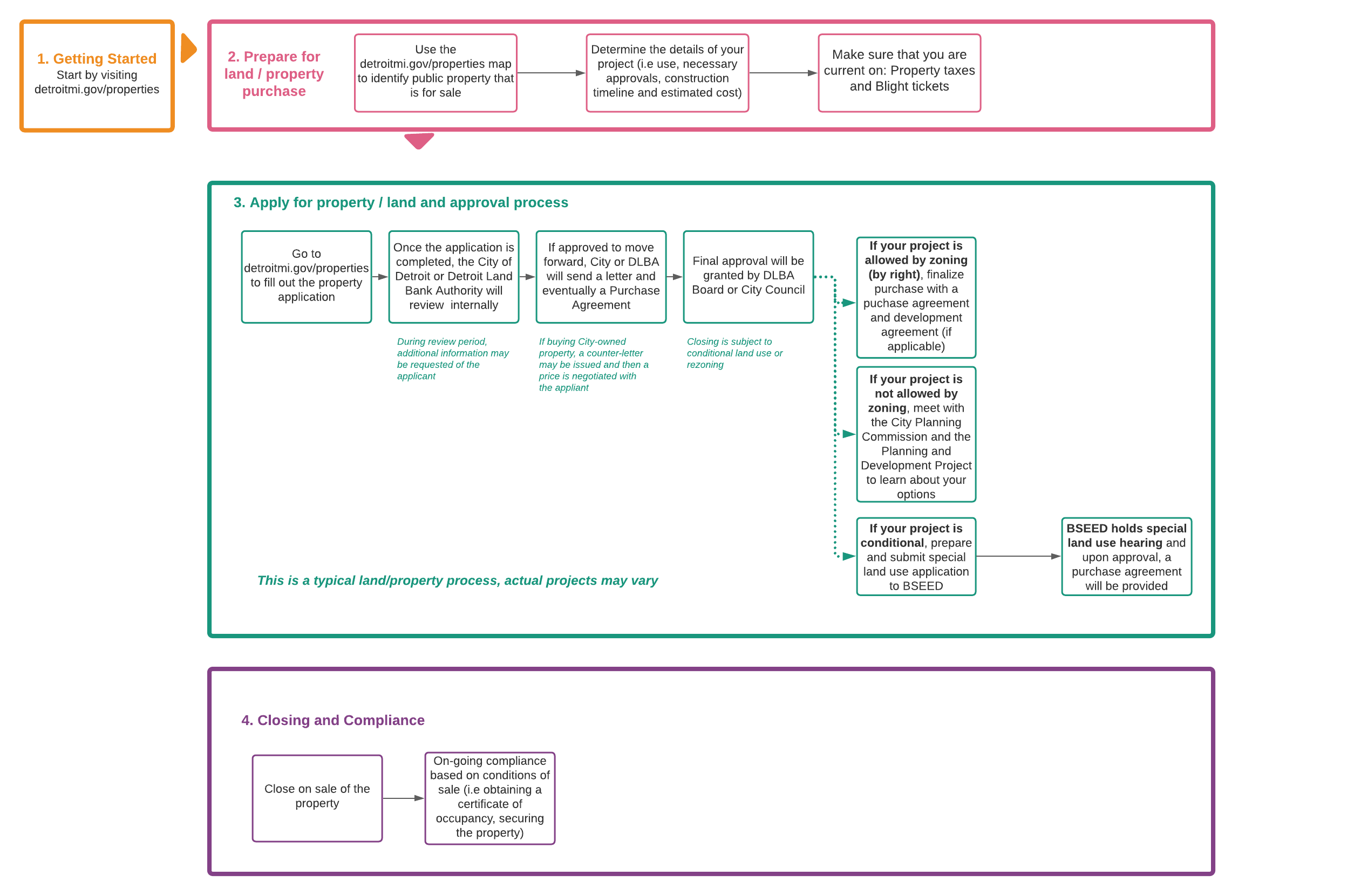 Before You Begin Checklist:

If you are pursuing a Land Bank Project or Special Use (i.e. lease, commercial, filming etc)

Uncompleted applications are saved in the system for 30 days.


Request for Qualifications or Proposal


Research current and former RFPs/RFQs issued by City of Detroit