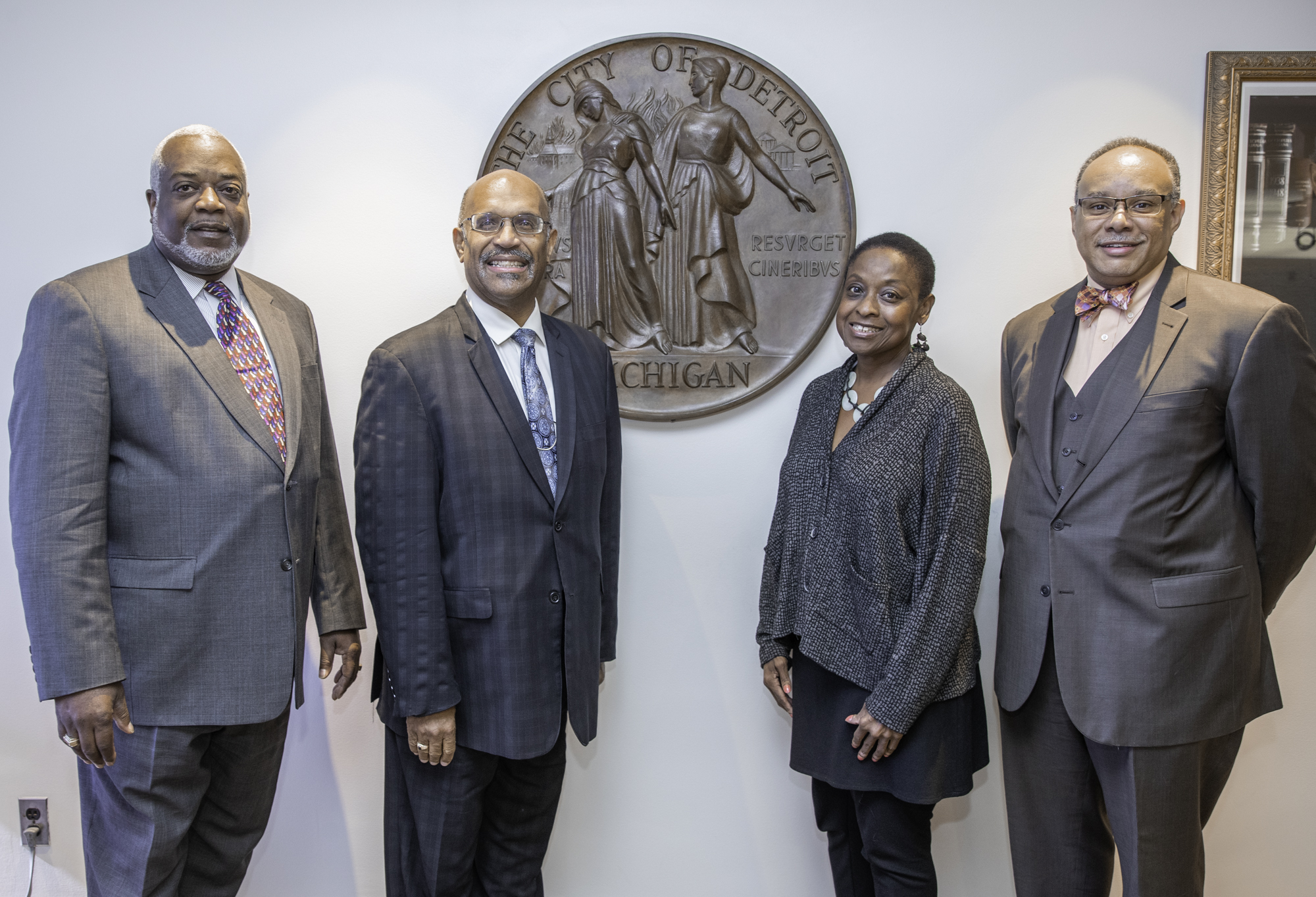 The Legislative Policy Division (LPD) provides research, policy analysis, and general legislative support to the Detroit City Council.  It operates at the direction of, and reports directly to, the City Council.  The newly configured division is comprised of staff from the former Research and Analysis Division, the former Fiscal Analysis Division, as well as former City Planning Commission staff, including Historic Designation Advisory Board staff.  The centralized staffing is designed to efficiently provide comprehensive, multidisciplinary research and analysis on the wide variety of issues confronting the City’s legislative body and facilitate certain City services per City Code and State statute.

The division is staffed to offer City Council independent legal, fiscal, and planning advice.  Division staff drafts ordinances, resolutions, proposed charter language, and ballot language at the direction of the Council, provides policy analysis and staff support to City Council (including its committees and task forces), and as needed, consults outside experts and consultants to assist the Council.

Fiscal staff provides the City Council with independent fiscal advice.  Staff analyzes the revenue sources and expenditure items as recommended by the Mayor in the proposed Executive Budget for City Council, conducts research on proposed changes in City, State and Federal public policy which would have a fiscal impact on the City’s budget, and makes recommendations to City Council on the various programs and objectives to be carried out in the annual fiscal budget year.  Fiscal staff also performs a review of the Mayor's proposed Executive budget, which includes a review of each City department for City Council, and quantifies the City Council's changes to the proposed budget.

Planning staff reviews and makes recommendations to City Council on a number of matters, including:  the Mayor's proposed Master Plan of policies for social, economic and physical development; the five-year Capital Agenda and Annual Budget; development of renewal projects; proposals for community development and neighborhood conservation; proposals for acquisitions and disposition of public real property; and proposed Zoning Ordinance amendments.

To view a copy of the 2022-2023 Budget Hearing Schedule please click https://detroitmi.gov/government/city-council/legislative-policy-division/budget-analysis-report-2022-2023.  This link also leads to the budget analysis reports written to each department.

In November of 2016, the citizens of the City of Detroit were asked to vote on a new ordinance which would govern the Community Benefits Process for new development in the City. The Proposal B ballot initiative passed with 53% of the vote, effectuating the enactment of the City of Detroit’s Community Benefits Ordinance (CBO) Ordinance No. 35-16. Since that time a number of recommended changes have been offered by residents as well as members of City Council.


We advise City Council on all matters regarding historic preservation.

2022-11-09: Response to Questions on Police Labor Contracts and Budget Amendment

Response to Questions on Police Labor Contracts and Budget Amendment

RE: Requested from the Office of Council President Brenda Jones, on behalf of Greater Emmanuel Institutional Church of God In Christ, that the intersection of

The Detroit City Council will hold it's budget hearings on the proposed budget for 2022-23 on Monday, April 4, 2022 at 5:00 pm in the Coleman A. Young Municipal Center, Erma L. Henderson Auditorium.