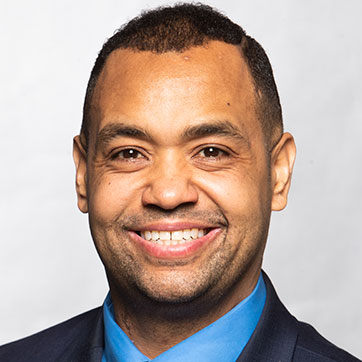 - Coleman A. Young II Councilman Coleman Alexander Young II, 39, was elected Detroit City Councilman At Large with 48,358 votes on November 2nd 2021. His Council district covers all of Detroit. He is grateful for the support of the citizens of Detroit and thanks them for making him the Council’s #1 Vote-getter. He has served in both the Michigan House of Representatives and State Senate. He passed 13 laws while serving in the State Legislature for 12 years that helped his constituents and resolved 12,000 constituent complaints. He has sent $800,000,000 back to his districts no hopes to put his legislative experience to use for the residents of Detroit. He is focused on getting everyone safely vaccinated so that the economy can fully re-open; neighborhood public safety and development; helping streamline processes for minority small business development; a pilot guaranteed income program to address poverty; pilot advanced police peace program; affordable housing; grants for citizens to get their home rehabilitated; clean neighborhoods and retail centers; 15 minute neighborhoods, where citizens can get to whatever service they need in their neighborhood within 15 minutes and good-paying jobs for Detroiters.

Coleman Alexander Young II believes his success is a direct result of his faith in God. He, along with his volunteer team has personally knocked on 45,000 doors and met people all over the district. The 1st State Senate District goes from Alter Road to beyond Gibraltar, MI to Trenton, MI and he met with the elected officials from all 11 cities and 2 townships in his district of 400,000+ constituents. From the floor of the Michigan Senate he gave a statement in support of 14 year old, 4.0 gpa student Damon Grimes who was killed after being tased by a State police officer. His speech posted on 9/27/2017, went viral and has received over 4.3 million views! https://www.facebook.com/watch/?v=1746956492004857

Coleman Alexander Young II as a Michigan State elected Democrat passed 13 laws in Republican-led legislatures, including landmark civil rights legislation that provides paid maternity leave for pregnant women in the public and private sectors (PA 190, 2009). His laws include creating 10,000 jobs through Movie Tax Credits (PA 78, 2008); Property Tax Cuts for Residents to stay in their homes (PA 17, 2014; PA130, 2010; PA 126, 2008; PA 185, 2007); Medical Marijuana Regulation (PA 547, 2016); Changed the sentencing guidelines for marijuana arrests (PA 547, 2016); introduced Senate Joint Resolution SJR-O (2016) and senate Bill 813 (2016) that would have legalized marijuana, regulated and taxed it just like alcohol (Marijuana Policy Project); Changed the Health Code name for venereal disease to sexually transmitted to make it easier for Michigan residents to gain health services with a generalized name (PA 70, 2016); Blight Removal with Home Rule for Local Governments (PA 51, 2008); and Energy Cost Recovery supporting Small Business Owners (PA 132, 2008). Senator Young introduced and passed a law renaming a portion of highway M-10, between I-94 and Grand River, in Wayne County as “Sergeant Collin Rose Memorial Highway," for a Wayne State University police officer and canine handler killed in the line of duty at the age of 29 years (Enrolled: 12/20/2018). He renamed the I-375 after the only Black regiment to fight in the U. S. Civil War and the signs were posted by the State for 2021 Black History Month. (P. A. 494, 2014). It is now the 102nd United States Colored Troops Memorial Highway. A Memorial Ceremony was held on 3/24/2021, with Lt. Governor Garlin Gilchrist attending, along with members of 3 companies of the 102nd United States Colored Troops.

Coleman Alexander Young II, as a member of the powerful Senate Appropriations Committee and throughout his 12-year legislative career, Senator Young brought over $800,000,000 million dollars back to his district: $1,000,000 for the Charles H . Wright Museum of African American History in the first direct State of Michigan appropriation; $2,000,000 to keep Focus Hope open; $6.8 Million for low-income Heat & Eat Program that gives the State the power to draw down $300,000,000 for additional food and heating for more constituents; $565,000 for Michigan's Autistic Children across the spectrum; $12,000,000 for Fire Protection Grants to Michigan Fire Departments; $40,000,000 authorized for a STEM (Science, Technology, Engineering and Mathematics) Learning Center at Wayne State University and $84,100,000 for Indigent Legal Defense.

Coleman Alexander Young II, in the Senate, has served as Appropriations Committee Minority Vice- Chair for Licensing and Regulatory Affairs, Vice-Chair for Local Government Affairs, Education, Energy & Technology, Transportation, and Outdoor Recreation & Tourism and Assistant Chairman for the Democratic Caucus and Assistant Floor Leader. In the House of Representatives, he served as Vice-Chair for Insurance, Transportation, Local Government, and Taxation.

Coleman Alexander Young II supported and introduced legislation for the legalization of marijuana, because it will stop the devastation of communities of color with the incarceration of 30% of African American men between the age of 17 and 34 and 80% of that 30% being incarcerated for low level drug possession. The Senator has always looked towards the best interests of his constituents.

Coleman Alexander Young II resolved over 12,000 constituent complaints while he was elected that include landlord tenant issues, mortgage foreclosures, utility concerns, incarceration revocations and many other constituent considerations. Constituent services and being a voice for the voiceless was the important core of his elective office.

Coleman was honored by Ed Deeb at the July 2019 Metro Youth Day for service. Coleman hosted a pilot program at the Loving School (North End) and Duffield School (Lafayette Park) in his district in November 2008 that paid 3rd graders to read books and write book reports. Some children read as many as 45 books and wrote 29 book reports in one month. He has had many programs to give back to the community and help to uplift the people that are residing in our community.

Coleman Alexander Young II, as a member of the Senate Education Committee, at his own expense, traveled to New York to meet billionaires Eli Broad and his wife, as they announced the Broad Prize for the top school district in the nation and Mayor Michael Bloomberg, Mayor of New York City. Also, in attendance, were then, Minority Leader of the House Nancy Pelosi, Secretary of Education Arne Duncan and former Chairman of the Joint Chiefs of Staff Admiral Michael Mullen. “I just wanted to see what the top public school district in the country was doing, so that I could see how to best help our children in Detroit. What I found was that they weren’t doing anything that we weren’t doing, they were just doing it consistently and responsively, while focused on serving the students and theirfamilies.”

Coleman Alexander Young II was previously employed by the Detroit City Council Research & Analysis Division, where he was a legislative aide studying the various aspects of city government. He was also a legislative aide for Rev. Dr. JoAnn Watson, former Detroit City Councilwoman and for Mr. David Whitaker, Director of Detroit City Council’s Research and Analysis Division. From July 2005 thru April 2019, he hosted “The Young Effect” his own weekly talk television and radio show broadcast on WHPR-Channel 91/Comcast simulcast on WHPR 88.1FM. The format was live, unscreened, call-in. Each week he covered issues that are pertinent to the over 300,000 viewers in the tri-county area. In 2021, Coleman had his own weekly show on 910AM with the same format for an audience of 11.9 million. In addition, he has been a frequent guest on Fox2 News “Let It Rip Weekend, with Charlie Langdon.” He is a member of St. Paul Church of God In Christ, where Rev. Robert Harris is Pastor. Coleman is also a member of the Tuskegee Airmen representing his father, Mayor Coleman A. Young. Councilmember Coleman Young II is eternally grateful the People of Detroit chose him as their elected representative on the Detroit City Council. He seeks to make Detroiters as proud of his service for them as he is proud to serve Detroiters