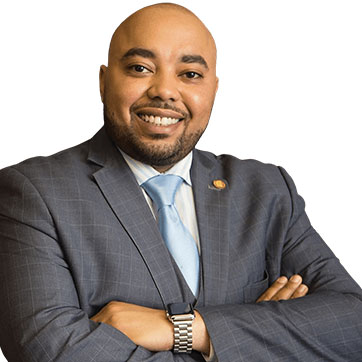 What district do I Live in?

Fred Durhal III is a proud Detroiter with a heart to serve the citizens of Detroit. His dedication to public service, in addition to his legislative/governmental background brings a type of experience to the Detroit City Council that is valuable to the city. Fred was elected on November 2, 2021, to represent District 7 for the term 2022 to 2026. He assumed office on December 2, 2021, after being appointed to fill the vacant seat for the previous term.

Fred was born and raised in Detroit to his parents Fred and Martha Durhal. As the second eldest of six children, he understands the importance of family. As the son of former State Representative Fred Durhal, Jr., Fred was raised in a life of public service. Having the opportunity to observe many great leaders of the City of Detroit and the State of Michigan, he was inspired to dedicate his life to serving others.

In 2014, Fred was elected to the Michigan House of Representatives representing Michigan’s 5th House District. Fred took office in January 2015, where he was quickly elevated to leadership in the Democratic Caucus. Fred was appointed Assistant House Democratic Leader in addition to being on the powerful House Appropriations Committee, where he served as Minority Vice-Chair of the subcommittee on General Government.

In 2016, Durhal passed his first bill, HB 4187, which was signed into law on May 10, 2016, and became Public Act 111 of 2016. This legislation established a misdemeanor for anyone who defaces, destroys, or dismantles any highway sign, traffic sign, structure, or railroad crossing in the State of Michigan.  Public Act 111 was an important piece of legislation not only for the State of Michigan, but especially for the City of Detroit. The intent of the bill as passed was to save money for taxpayers in the City of Detroit and to ensure the safety of seniors and youth.

Fred was re-elected to the Michigan House of Representatives in 2017. In his second term, Fred was appointed to serve as the Minority Vice-Chair of the House Appropriations Committee, making him the ranking Democrat on the committee. During his tenure, Durhal oversaw Michigan’s $54 Billion budget. Through his work, he secured and delivered over $1 billion dollars to Detroit by protecting revenue sharing, securing funding for local programs, and appropriating grants for Detroit communities. Fred was responsible for ensuring funding for entities such as Detroit Public Schools, Wayne State University, U of D Dental School, Detroit P.A.L., Focus HOPE, D.A.P.C.E.P., Flip the Script, DABO, and many community associations and block clubs. One of Fred’s most cherished achievements were securing over $250,000 dollars to ensure that the doors to the Dexter Elmhurst Community Center remained open. Additionally, Fred secured over $15 million dollars to fix roads on Detroit’s Westside and helped deliver over $4 million to Wayne County and the City of Detroit to test the thousands of untested sexual assault kits as well as create a sexual assault kit tracking system.

Through Fred’s leadership, he also introduced other notable pieces of legislation, including:

After leaving the Michigan House of Representatives in 2019, Fred served as the Community Liaison for the Michigan State Housing Development Authority. During his tenure, Fred worked to provide communities across the State with solutions and resources for affordable housing. Working with MSHDA’s Outreach Team, he was able to assist in housing solutions reaching over one million Michigan citizens.

Aside from public service, Councilmember Durhal served in past capacities as an AmeriCorps volunteer in Northwest Detroit with Village Builders of Northwest Detroit, Motor City Blight Busters, and Habitat for Humanity to help rebuild homes in Detroit. In 2004, he traveled to Benton Harbor with Habitat for Humanity, where he helped with the rebuilding of over 50 homes in one weekend. Fred has also been a member of UAW Local 6000
and Teamsters Local 337.

Fred is passionate about improving Detroit communities and the lives of the city’s citizens. In his decision making, Fred is always mindful of the many families in Detroit and wants the same for them as he does his own family (Briaunna and Zola). In his term his focus will be to stabilize neighborhoods, increase public safety, create jobs for residents, and increase economic development throughout the city. Fred Durhal is dedicated to continuing the progress of Detroit by rebuilding District 7 and the entire city, block by block.

This is the resource guide for District 7 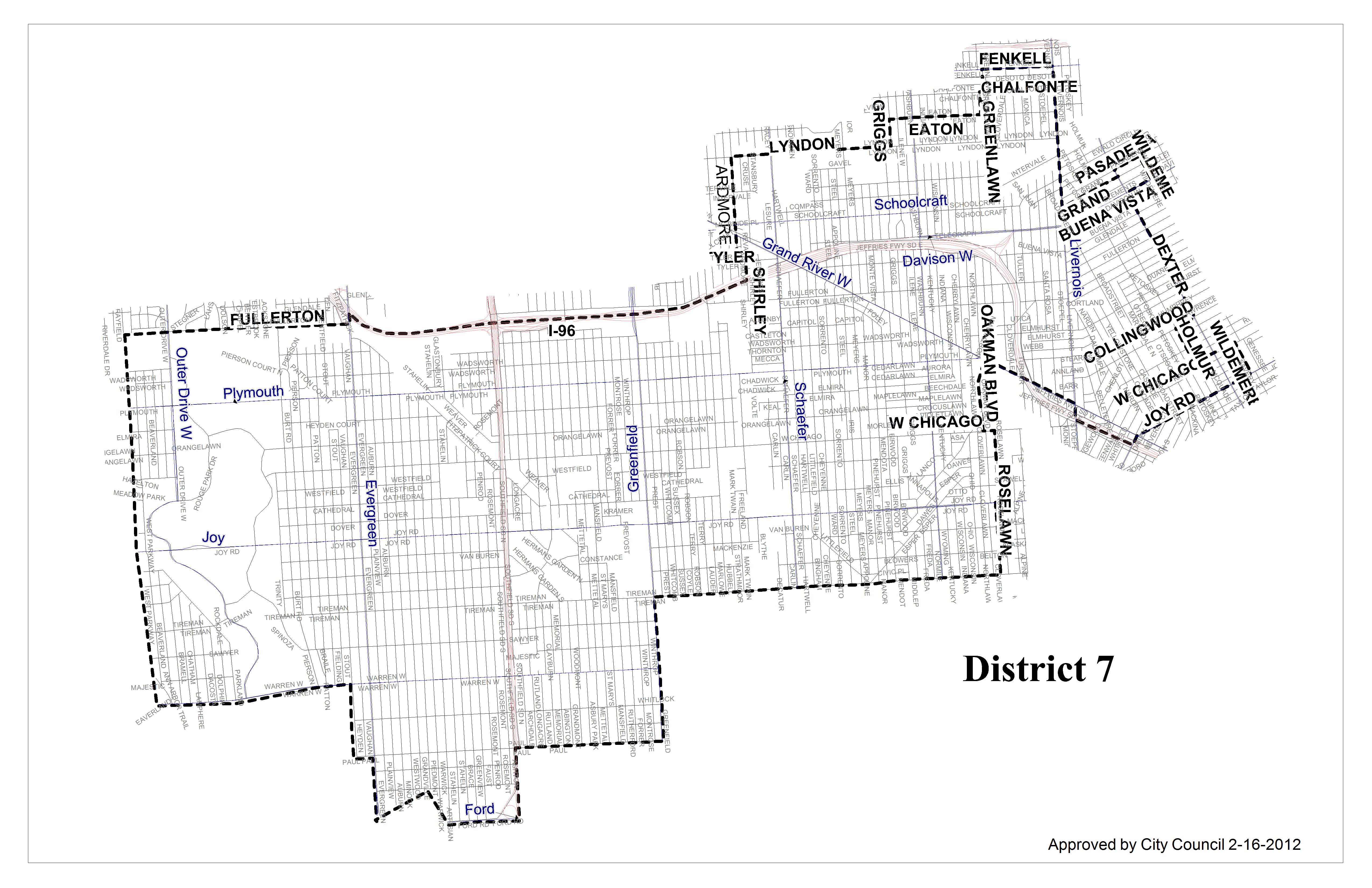