Raquel Castañeda-López, a lifelong Detroiter, made history in November 2013 by becoming the first Latina elected to the Detroit City Council. A social worker by trade, Castañeda-López has over ten years of experience in the non-profit sector and is committed to working for social justice to improve the quality of life for all Detroiters. She developed a strong resident service program, through grassroots organizing and a mobile office, helping residents and businesses cut through the 'red tape' in order to access services and resources. She is working to ensure Detroiters have a voice on City Council championing policies that promote access, inclusivity and equity.

Want us to join you at your event with our Mobile Office? Make your request here!


Find all the community resources available to you in District 6

Please join the Department of Neighborhoods for virtual meeting, wher you will receive information on relevants topics, including the coronavirus,

Please join the Department of Neighborhoods for a virtual meeting, where you will receive information on relevant topics, including the coronavirus

Join a community meeting with the Department of Neighborhood or one organized by a community group or organization.

Raquel Castañeda-López, a lifelong Detroiter, grew up in Southwest Detroit. Castañeda-López made history by becoming the first Latina elected to the Detroit City Council in November 2013, her first attempt at an elected position. She currently serves as the Vice-Chair of the Budget, Audit and Finance committee and as a member of the Public, Health and Safety committee. She was appointed to the Eastern Market Board, serves as an alternate for Council on SEMCOG and is Council's official liaison to Detroit Public Schools.

Castañeda-López is committed to working for social justice and improving the quality of life of our families. She inherited a strong work ethic and sense of justice from her migrant father, who started life in America as a plasterer with the Plasterer’s Union Local 67 before starting his own small business. Her mother, a rural postal carrier for over 20 years, taught her the importance of honesty and service to the community. Castañeda-López played a vital role in supporting her family, as the 3rd eldest of 8 siblings, after her father's passing. Her upbringing instilled a commitment to service and a strong sense of social responsibility.

A social worker by trade, Castañeda-López has over ten years of experience in the non-profit sector developing & implementing innovative youth programming, bringing needed resources to our communities. Prior to her election she worked as an adviser and program manager at Wayne State University (WSU) where she helped hundreds of underrepresented students fulfill their dream of earning a college education. She played a pivotal role in establishing supportive service programs for African American and Native American students.

Castañeda-López is working hard to ensure Detroiters have a voice on City Council by creating policies that strengthen the relationship between local government and community organizations. She is currently working on ordinances that support community benefits agreements, develop a permitting process for food trucks, facilitate the creation of public art and monitor environmental pollutants collectively. Castañeda-López knows we deserve clean and safe neighborhoods, a quality education system and effective city services. She has developed a strong resident service program, helping residents and local businesses cut through the 'red tape' and bureaucracy to access city services and resources.

Castañeda-López served on the Hispanic/Latino Commission of Michigan both as chair of the Education & Health committee and member of the Civic Engagement Committee. Passionate about working with youth, Raquel served on the Clark Park Board and as a volunteer soccer coach with Think Detroit PAL. She was a Fellow with the Center for Progressive Leaders and New Detroit Multicultural Leaders and recently completed the Transatlantic Inclusion Leadership training with the German Marshall Fund.

How to Solve Common City Issues

This folder includes a variety of procedures to help residents solve common and frequent city isssues!  Some of the common issues include reporting demolition damage, closing

See our monthly locations for the Mobile Office March-November 2019.

END_OF_DOCUMENT_TOKEN_TO_BE_REPLACED

This folder includes a variety of procedures to help residents solve common and frequent city isssues!  Some of the common issues include reporting demolition damage, closing an alley, requesting a house board up, reporting potholes, and more!

Use the following form to request the Mobile Office at your next community meeting or event!

The Detroit Migration Task Force is a collaboration between stakeholders committed to the task of creating a more diverse, inclusive and global city.

Through our Building Better Blocks program, we provide support to new and existing block clubs, neighborhood associations, churches and community groups in District 6! 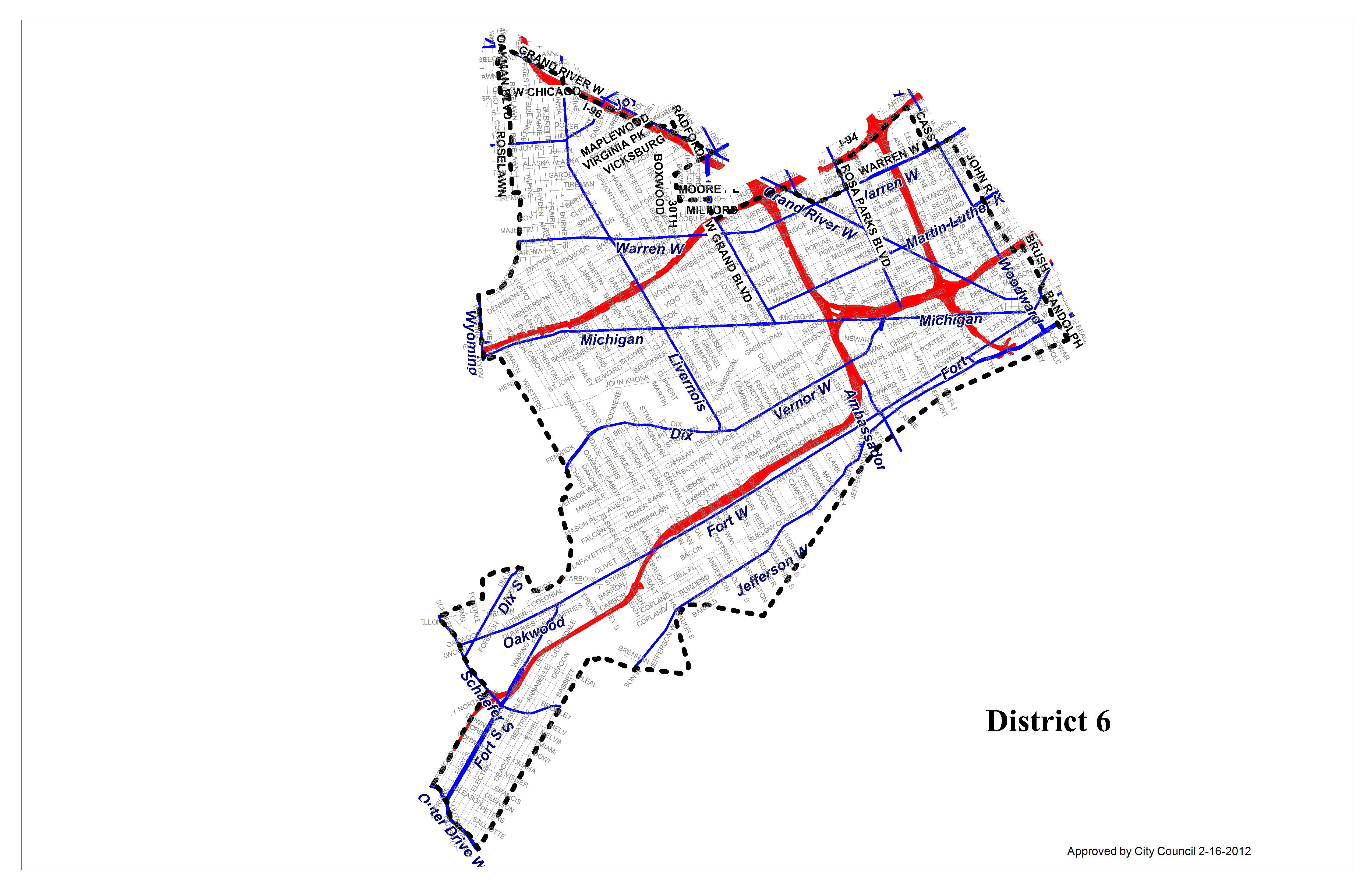