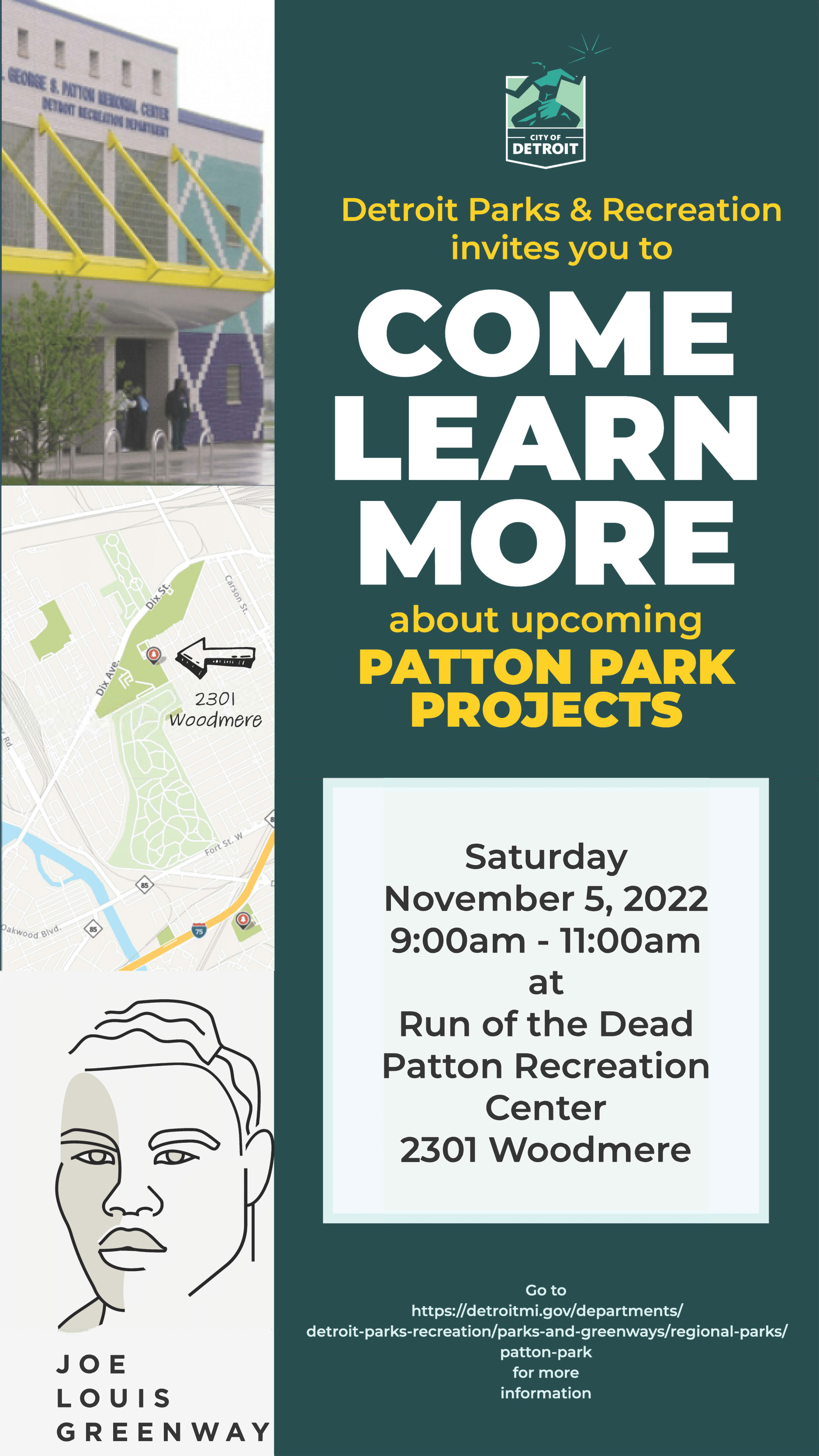 Join the City of Detroit Parks & Recreation and the Joe Louis Greenway teams at the *Run of the Dead* event hosted by the Southwest Detroit Business Association.

Our teams will have a table sharing information about the upcoming projects at Patton Park:

Patton Park is a 93-acre park located on the southwest side of Detroit in District 6. The park, named for the World War II US military leader General George S. Patton, was dedicated in the early 1950s. Along with traditional amenities like walking paths, sports fields and a playground, the site is also home to a natural marsh area emanating from Lonyo and Dix Streets. Trails at Patton Park connect to other networks throughout the Mexicantown and Corktown neighborhoods.