The West Vernor Corridor Neighborhood Framework is one of several initiatives by the City of Detroit Planning Department to strengthen neighborhoods throughout the city. This year-long effort honors the large amounts of time, thinking and resources that community members have invested in planning neighborhood improvements, through more than twenty planning initiatives over the past five to ten years. Community residents, business and property owners, organizations and other stakeholders were invited to participate in several types of feedback gatherings as part of this planning effort. The results of this engagement has been codified into a planning document, the West Vernor Corridor Neighborhood Framework. 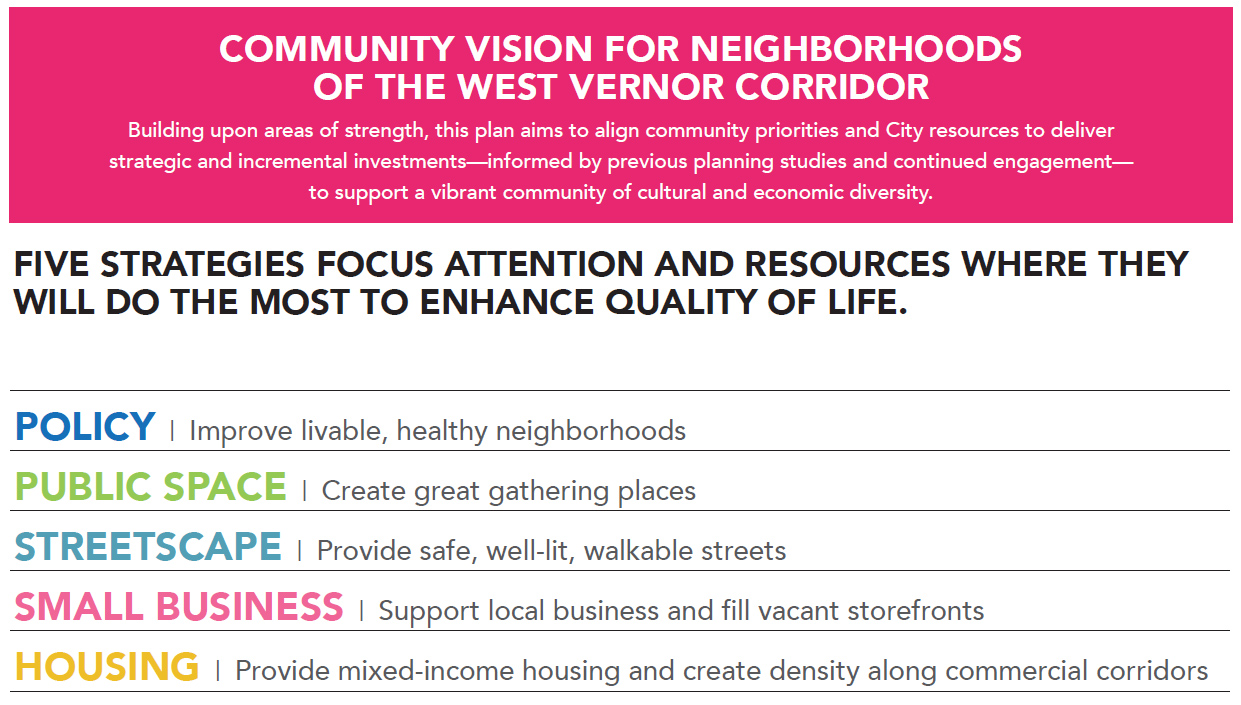 The neighborhoods of the West Vernor Corridor have demonstrated their resiliency. City investments here will go far, as community members capitalize upon them and create a place Within the study area, near-term initiatives are further focused in two areas—West Vernor-Springwells and Mexicantown-Hubbard—where community members said change was most needed, and where improvements can best reinforce each other to promote growing and enduring benefits.