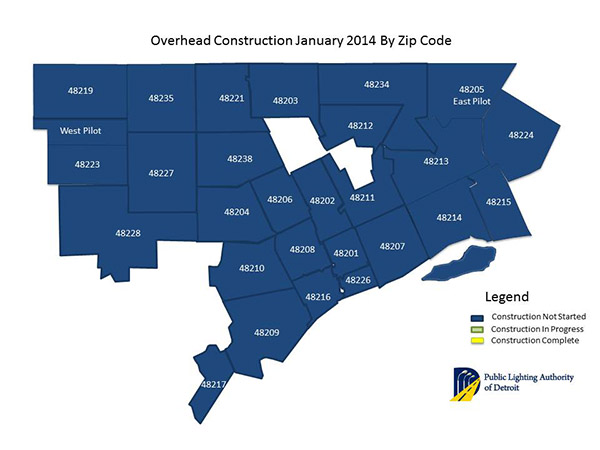 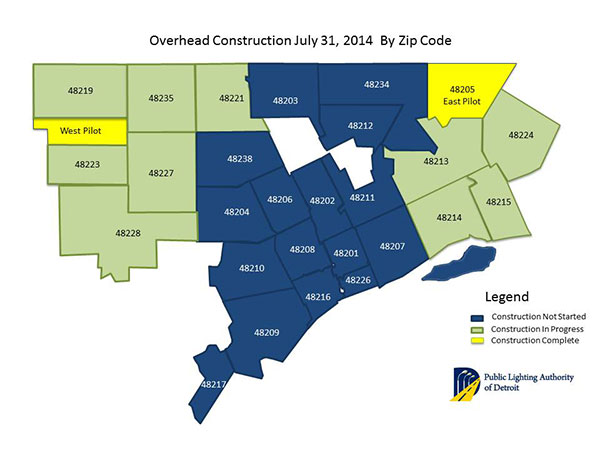 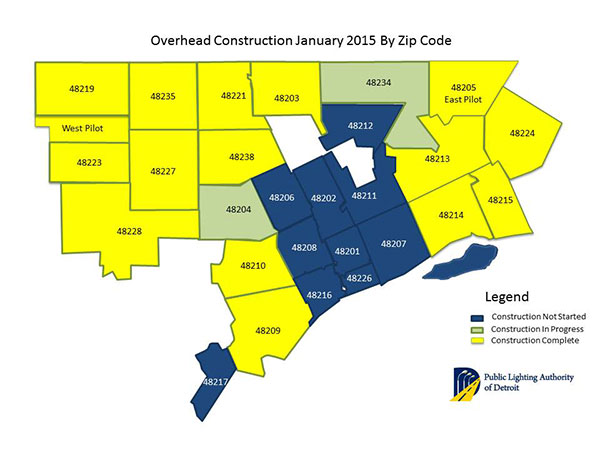 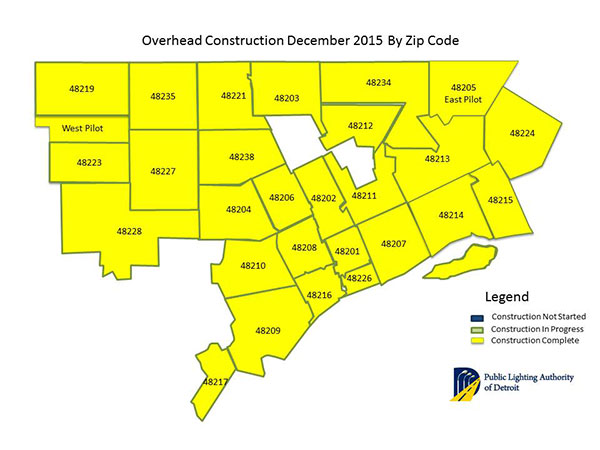 The Public Lighting Authority of Detroit (PLA) has launched its aggressive three-year plan to relight the city of Detroit.

Following the completion of two pilot areas, one on the east side and one on the west side of the City, the PLA has initiated its zip-code-by-zip code construction schedule to be completed by the end of 2016.

The PLA is replacing all old High Pressure Sodium lights with Light Emitting Diode (LED) lights with brightness the equivalent of 150 watts, more than twice as bright as the sodium lights.

As the PLA completes installation of the new lights in a ZIP Code, it will take over responsibility for maintaining those lights, with a commitment to repair a broken light within five days of being notified of the outage. 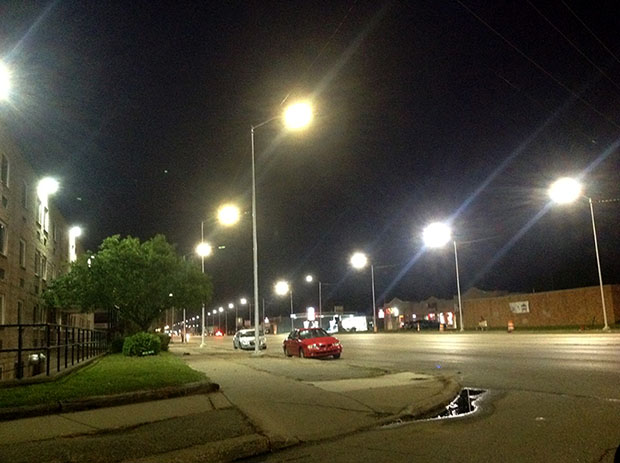 For more information, to see the updated schedule by zip code, details on alley light replacements or to report an outage of a new LED light, contact