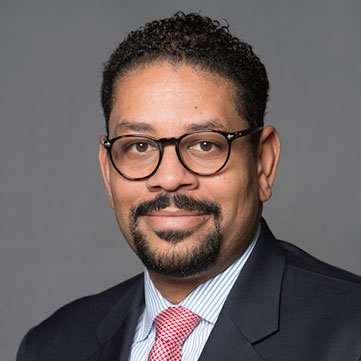 Hakim Berry is Chief Operating Officer for the City of Detroit. He had been labor relations director for the City since September 2017 and lead negotiations with Detroit’s three police unions that extended contracts for two years, bargaining for operational improvements while also restoring pay and benefits lost during the City’s bankruptcy and providing raises to police.

Berry had previously formed his own consulting company and before that was a divisional head of human resources for Tenet Health, owner of the Detroit Medical Center, where he worked in 2010-2017. Berry also had been labor relations manager for DTE Energy. He worked for a dozen years for what’s now Fiat Chrysler Automobiles, including stints in employee relations, human resources administration and labor relations management at plants including Jefferson North Assembly.

Berry received a bachelor’s degree from Wayne State University, a master’s degree in human resources administration from Central Michigan University and an MBA from the University of Detroit Mercy.