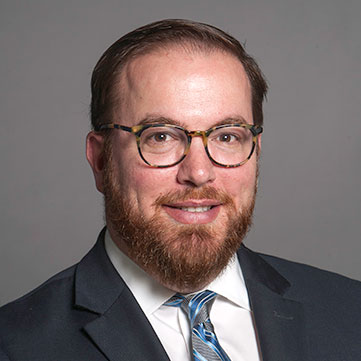 David Massaron is the City's Chief Financial Officer. In this role, he supervises all financial and budget activities of the City. Prior to being appointed Acting CFO, he served as the City’s Chief Operating Officer and Senior Counsel to the mayor since 2016. In that role, he was responsible for the preparation of the City’s annual budgets and supervision of capital spending and implementation. In his role as COO, Massaron led team of departments that created an integrated road construction plan that culminated in $125 million in bond financing to revitalize 23 commercial corridors, in coordination with economic development efforts including to spur development along neighborhood main streets. Massaron was also the driving force behind creation of the Detroit Promise Zone Authority, which enabled the City to capture the state tax growth in order to fund the Detroit Promise, which provides tuition-free college educations for Detroit high school graduates. Massaron is a graduate of James Madison College at Michigan State University and the William and Mary School of Law.