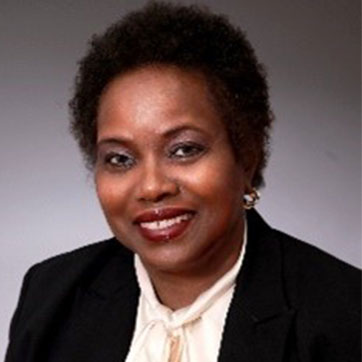 Mary Waters began her early life in the cotton fields of Alabama, then relocated and attended Detroit Northern High School. She also earned her accounting certification from the Detroit Business Institute, prior to her obtaining a Bachelor of Arts from the University of Michigan. She has worked tirelessly in an around the City of Detroit, serving as an Instructor for the Wayne County Community College District, Ombudsman for the Wayne County Prosecutors office, and in corporate communications for Blue Cross Blue Shield of Michigan.

For decades, Mary Waters has considered it an honor to serve the community. She has continually fought for Detroit and its citizens. She served 3 terms in the Michigan House of Representatives (2001 to 2006) and was the first African American female Democratic Minority Floor Leader. Waters has been as an activist with the AFT, DFT, and UAW, as well as a former vice chair of the Detroit Charter Revision Commission.

During her time with the Michigan House of Representatives, she wasn't just talk, but action. Some of the notable legislation she helped pass include the foundations of the expungement laws you see today, House Bills 5393 and 4327. She tirelessly directed federal dollars into the City of Detroit, and left a legacy of integrity, honesty, and hard work behind.

At the council table, Waters will approach each decision she makes by asking how it will help children, single mothers, seniors, and veterans. She hears the cries of the community, campaigning for affordable housing, job training, and increased governmental transparency.

In her personal life, the former State Representative is a breast cancer survivor, and her brush with breast cancer is a remarkable testament to the fact that early detection saves lives. Because of her experience, she was inspired to found the Sisters Network, an organization dedicated to supporting women going through breast cancer treatments that is very active throughout the Detroit Area.