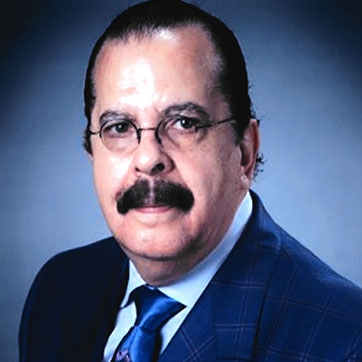 Since 1972, Rev. Dr. Jim Holley has served as Senior Pastor of one of the largest congregations in Detroit, the Historic Little Rock Baptist Church.
A native of Philadelphia, Holley was raised in Tennessee and West Virginia. He earned a Bachelor’s Degree in 1965 and Master’s Degree in International Relations in 1968 from Tennessee State University. He went on to receive a Bachelor and Master’s degree from Chicago Theological Seminary, where he began working with Martin Luther King Jr., Rev. Benjamin Hooks, Jesse Jackson, and other leaders in the civil rights movement.

His experience with horrendous racism and intimidation in both the South and North helped to shape and strengthen Rev. Holley’s commitment to justice and social change. As a community leader in Detroit, Holley has sought to guarantee the basic rights and dignity of others and has launched or expanded community-based programs for job training, family services, education, housing and other vital services. He is the author of numerous books on Faith and Spirituality. He also holds a Ph.D. in Education from Wayne State University.

In addition to his role as Pastor, Holley has served as Dean of Ashland Theological Seminary, President of the Council of Baptist Pastors, and President and CEO of Country Preacher Foods Inc., the largest minority food distributor in the world. He also served earlier as a Police Commissioner.