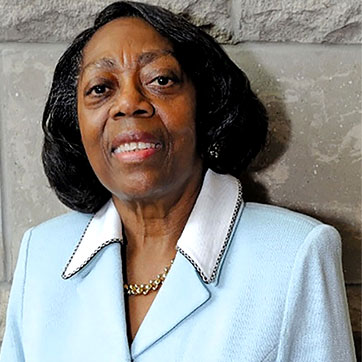 Elizabeth W. Brooks has devoted her life to bettering her adopted community through volunteer work. Brooks, originally from North Carolina, has served on a multitude of boards since she and her husband settled in Michigan in 1998. She has served on many boards, including those of the Detroit Historical Museum, Motown Museum, Detroit Jazz Festival, Detroit Institute of Arts and on the Michigan State University College of Law Advisory Board

She remains active in the volunteer community today, serving on boards including the Charles H. Wright Museum of African American History, the Michigan Opera Theatre, Reading Works, Neighborhood Legal Services Michigan and the advisory board of Josephine Ford Cancer Institute at Henry Ford Health System. She is also chairing/co-chairing projects for organizations such as the 150th anniversary celebration for the Detroit Public Library and the second annual Eastern Market Harvest Celebration. Mayor Mike Duggan appointed Brooks to serve as one of four at-large members of the Board of Police Commissioners.