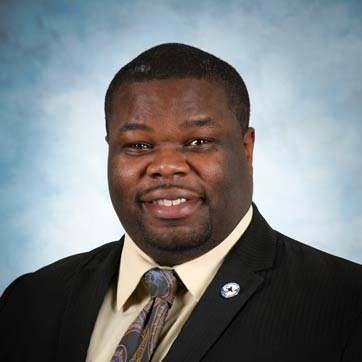 Willie E. Burton became the youngest police commissioner the U.S. when he took his seat in 2014 following his election by District 5 voters. He chairs the Promotions Appeals Committee of the Board and serves on the committees for the Budget and for Public Relations.

Nationally, he serves on the Finance and Newsletter Subcommittees of NACOLE, a national association for civilian oversight of law enforcement. Prior to election to the BOPC, he served a two-year appointment on the Detroit Public Schools Police and Public Safety Oversight Committee, and later as Director of Community Relations for Wayne County Commissioner Martha G. Scott (District 2). He also was the Detroit and Wayne County Field Director for the 2016 Bernie Sanders for President Campaign. His team was largely responsible for Sanders winning the state. He attended Central State University and majored in Business Administration.