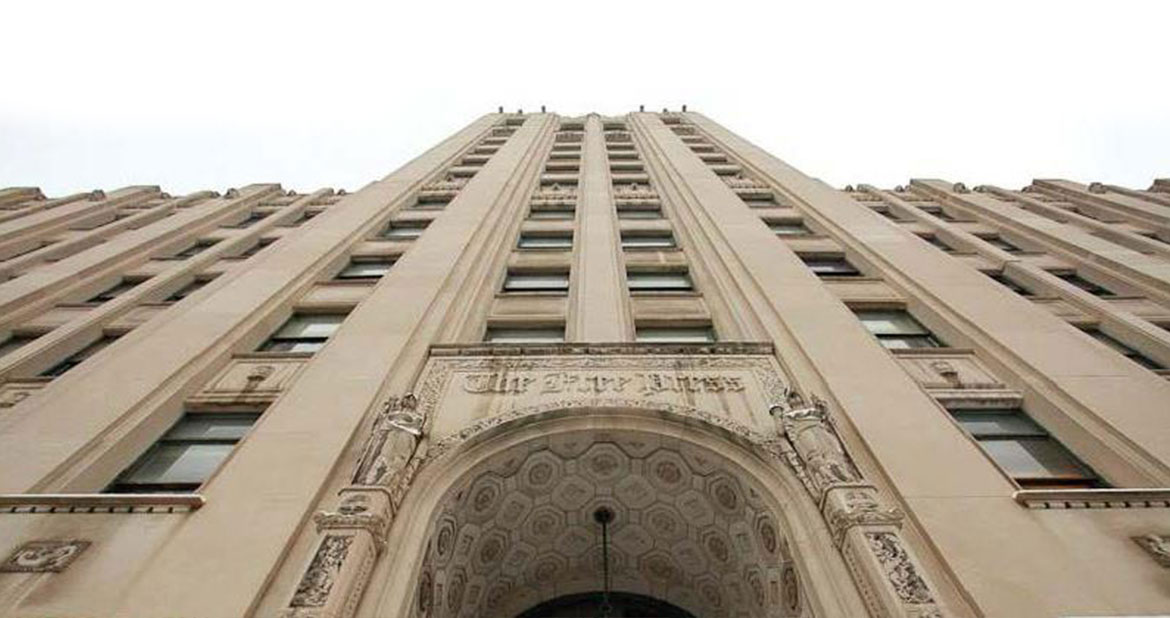 The City of Detroit welcomes Bedrock LLC to present adaptive reuse/rehabilitation of the historic Detroit Free Press Building, located at 321 W. Lafayette. The 14-story Art Deco masterpiece housed the Detroit Free Press newspaper, including all associated operations, when it opened in 1925. The building, which also contained rentable retail and commercial space, was commissioned by Free Press owner E.D. Stair. Historic features include: exterior limestone carvings by New York sculptor Ulysses Ricci, advertising room murals depicting early Detroit history by Roy C. Gamble, to name a few. On July 23, 1998, the Free Press left its home of nearly 75 years, where much of the city’s best journalism had been created. Since the Free Press vacated the building it has fallen into a state of severe disrepair. Bedrock LLC projects to spend $69 million to transform the historic Detroit Free Press Building, located at 321 W. Lafayette. The project will create a mixed-use development that will include retail on the first floor, office space on the second and third floors, and residential apartments on the remaining floors above.