Enter your home address to find demolitions near you:

Get info on demolitions around your home and in your neighborhood with a text or an interactive map. For the text messaging service, follow the steps below:

END_OF_DOCUMENT_TOKEN_TO_BE_REPLACED

Send a message directly to the Demolition team

END_OF_DOCUMENT_TOKEN_TO_BE_REPLACED

On the November 3rd ballot, Detroit residents approved Proposal N for Neighborhoods, a comprehensive plan to address 16,000 vacant houses in Detroit through rehabilitation or demolition. Proposal N allows the City of Detroit to sell $250 million in Neighborhood Improvement Bonds.

END_OF_DOCUMENT_TOKEN_TO_BE_REPLACED

The first list of properties slated for demolition under Prop N

END_OF_DOCUMENT_TOKEN_TO_BE_REPLACED 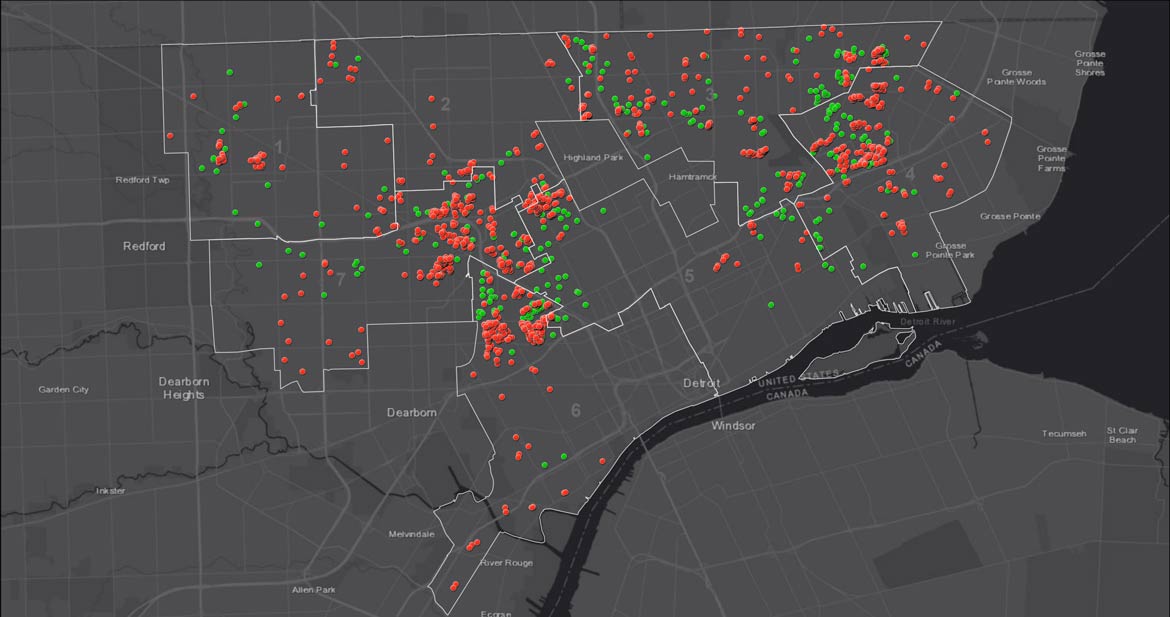 Emergency Demolitions will be prioritized when an official from the Building Safety Engineering and Environmental Department (BSEED) issues an Emergency Order to Demolish because the building is in imminent danger of collapse with an occupied structure on one or more sides or onto a Right of Way.

EMERGENCY DEMOLITION DEFINITION
Emergency Demolition Orders are issued when, in the opinion of the Building Official, conditions of a building, structure, or any part of a structure are found to be structurally unsound, unsafe, dangerous, imminent danger, and/or poses an actual and immediate threat to the health, safety and welfare of the public.  Examples may include, but are not limited to, leaning, bowing, and/or missing walls, or a building collapsed into the basement leaving a void. Only Building officials from BSEED have the ability to determine if a property qualifies for an emergency demolition.

Do You Know a Building in the Emergency Category for Demolition?

Until demolition funding becomes available, all houses in the demolition pipeline should be boarded up. If you need to report a house reboarded, please visit Improve Detroit section, then select "Reboard House Request".

How to Get a Non-Emergency Building on the Future Demolition List?

Jan 13
Mayor names LaJuan Counts to lead demolition program as it transitions back to full city oversight
News
Counts has deep experience in construction management and contractor management Has been with City for 23 years, most rece
May 31
The Next Step: Detroit Aims to be Free of Residential Blight by the End of 2024
News

Since 2014, the City has demolished nearly 18,000 blighted structures, and the Detroit Land Bank has sold 6,000 vacant houses to be rehabbed and oc

List of the first properties slated for demolition under Prop N

END_OF_DOCUMENT_TOKEN_TO_BE_REPLACED

Protecting Our Neighbors and the Environment

Information about steps taken to ensure that demolitions do not interfere with the lives of neighbors living nearby.

Information on how to become a city of Detroit contractor