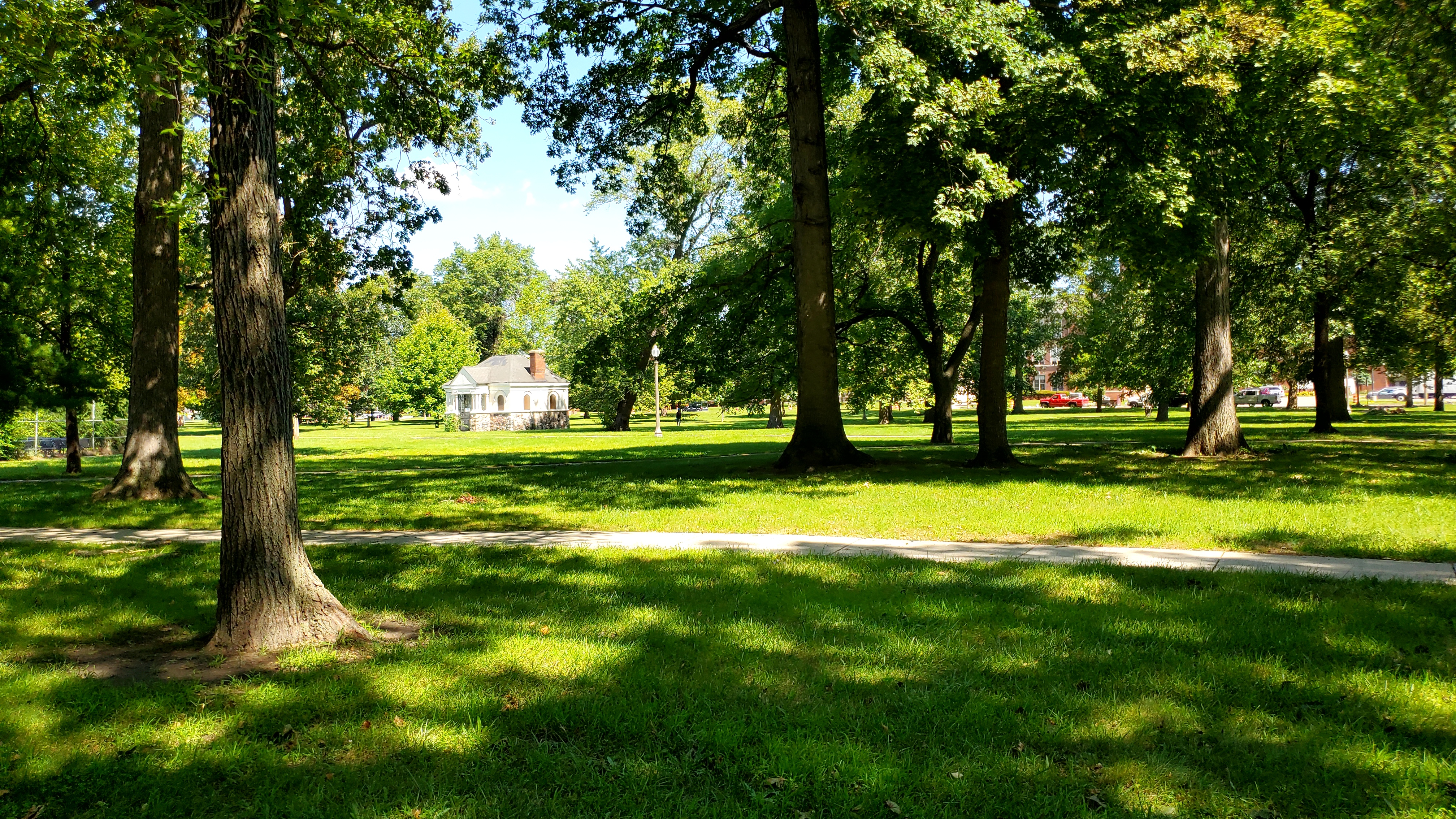 Clark Park is one of the oldest and most well used parks in the City of Detroit. Celebrating a rich and diverse history, this park has been used by citizens of Detroit since the 1800's. Over the years, the design of the park has fluctuated, but ultimately Clark Park has always been the hub for recreation in Southwest Detroit.

Prior to this project, the City undertook a framework planning study for the entire West Vernor Corridor in Southwest Detroit. An obvious area of interest in this study was Clark Park, and a need for further public investment in the park was identified.

May 2019 marked the beginning of the public engagement and design process focused on Clark Park. The General Services Department held several open house sessions along with many small group discussions and have arrived at a contract for phase 1 construction. This first phase will include an entirely new playground with splash pad; athletic courts for tennis, pickle ball, futsol, junior basketball, and ping pong; new seating and trash services throughout the park; and an entirely new streetscape along Vernor, featuring plantings, small plazas, and entry points.

Construction will begin in mid-September and be completed Summer of 2022. 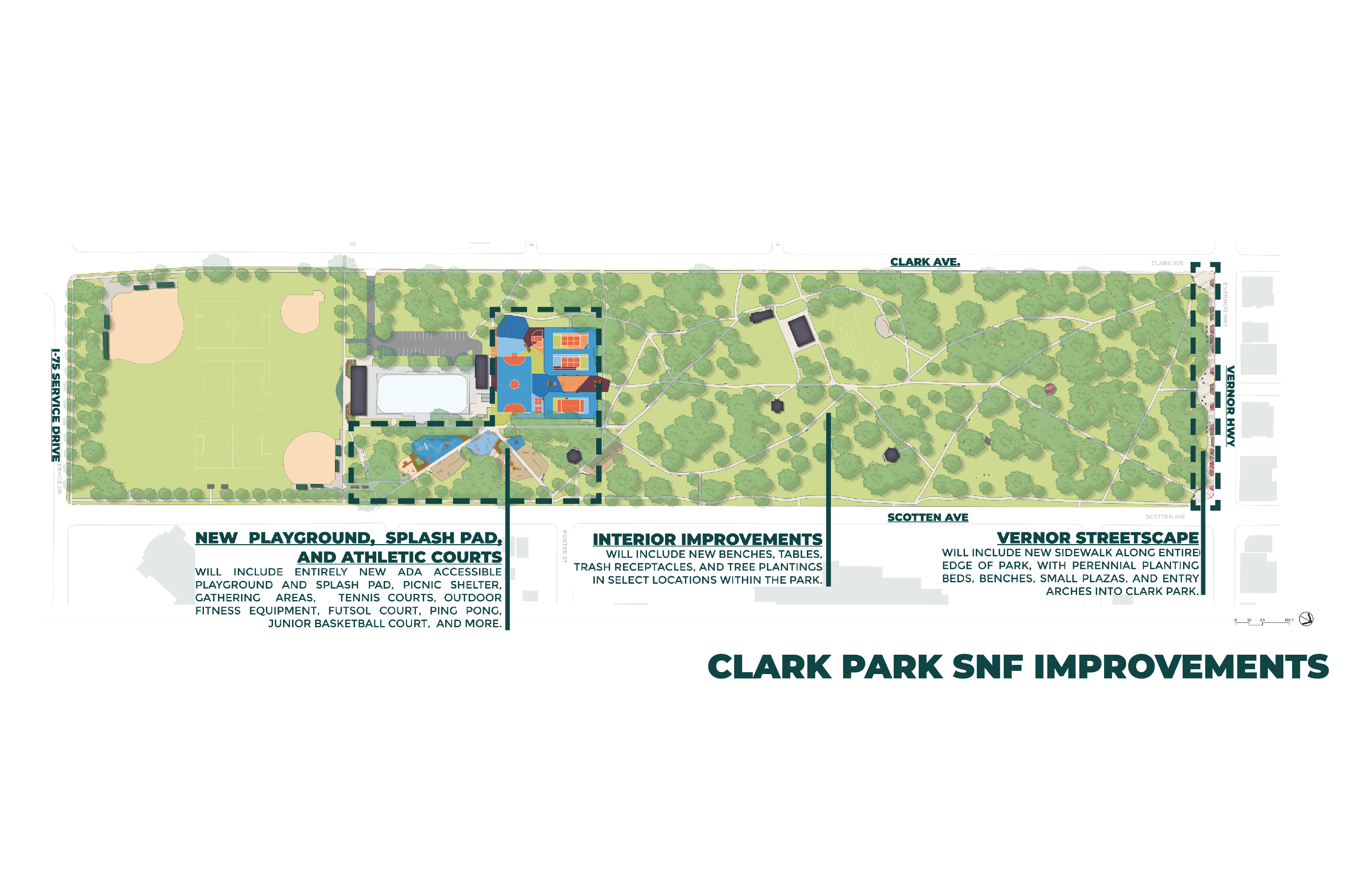