Here are the details:

A central Detroit Housing Services division will be established bringing a number of services to Detroiters who are most at-risk and in greatest need. A hotline will offer assistance for those looking to avoid housing displacement, emergency response for those facing immediate homelessness, and connections to additional housing resources.

A full homelessness diversion program will help keep Detroiters off the street. A database with affordable housing properties in the city connects Detroiters with places they can afford and that meets their needs.

Finally, a network of at least six Detroit Housing Network (DHN) neighborhood service centers run by nonprofit providers will serve as one-stop-shop resources to connect present and future Detroit homeowners with a full range of programs, including housing counseling and foreclosure prevention services.

Many for-profit developers aren’t tackling smaller apartment buildings of 20 or 30 units. That has left a number of vacant structures unused and blighted in communities across Detroit. This initiative will turn these blighted neighborhood eyesores that dot our city into beautiful, deeply affordable housing.

The Detroit Housing Commission (DHC) will use funding it received through the sale of the Brewster-Douglass site to create financing and leveraging opportunities to rehab small- and medium-size multifamily apartment buildings as deeply affordable housing. Currently, DHC is evaluating four buildings that range from 10 to 20 units each. The units will be targeted at deeply affordable rental rates.

This initiative will begin with 20 to 50 Detroit Land Bank Authority (DLBA)-owned homes that will be sold to local community development organizations (CDOs), which will use City subsidies to rehab the properties. The properties will then be rented for at least 10 years at 50 percent to 60 percent area median income (AMI), rates that are considered deeply affordable, with the option for the renter to buy the property and become a homeowner.

The City knows that many Detroiters need more than a one-bedroom apartment to house their families, and this program will be key to providing options that are not only affordable but large enough for residents and their families.

The Housing & Revitalization Department in coordination with CDOs, will start this program should kick off soon, with The City estimates that home repairs will begin in spring 2023 with the first homes being made available for residents in winter 2023.

The City Council will work with the Detroit Housing & Revitalization Department to streamline the process for Council to approve affordable housing developments that include units to be rented at 60 percent AMI or below. The current process often requires nine steps or more to get City Council approval.

In addition to expediting the process, the plan calls for the funding of 1,600 new affordable housing units, with 250 of them designated as permanent supportive housing with a range of services available to Detroiters transitioning out of homelessness.

The breakdown is as follows:

More details on these projects will be made as they become available.

This program will help 600 Detroiters who currently rent become homeowners through a down-payment assistance program. A third of those helped will receive funding and support to transition to owning the homes they are now renting through capital improvements and homeownership counseling. The remainder will receive down-payment assistance to buy homes they aren’t currently renting.

6.) Programs to bring more than 1,000 rental units into compliance ($5 million in ARPA funds)

Through a suite of three programs, $5 million in funding will be used to bring rental units into compliance with rental codes so that Detroit renters get the quality units they deserve and the City requires. A second-floor rental rehab program will transform vacant second floor apartment units located in commercial corridors into affordable housing. Property management and improvement training programs will be offered to small-scale landlords, who will then be eligible to apply for matching grants to renovate their properties and bring them into compliance with the rental registration ordinance.

With rents increasing as demand for housing in the city increases, the City of Detroit’s Detroit at Work program can help residents through immediate placement in good-paying jobs or in “earn to learn” programs, including literacy and GED programs. To get started, Detroiters can go to detroitatwork.com or call 313-962-WORK. 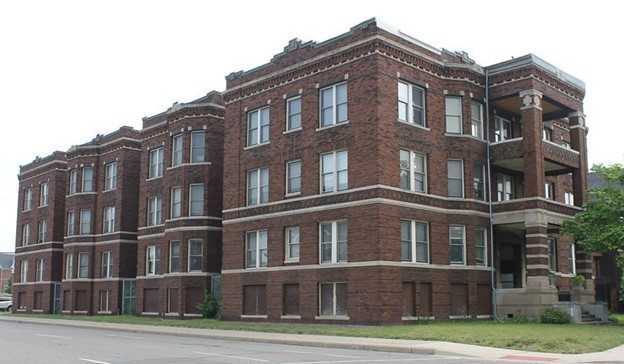 DETROIT – The City of Detroit Housing & Revitalization Department (HRD) and the U.S. Department of Housing and Urban Development (HUD) are celebrating the sale of City-owned land to Freedom House Detroit, a deal that will ensure the nonprofit can continue to provide community housing and supportive services to refugees and others from around the globe who are fleeing persecution. 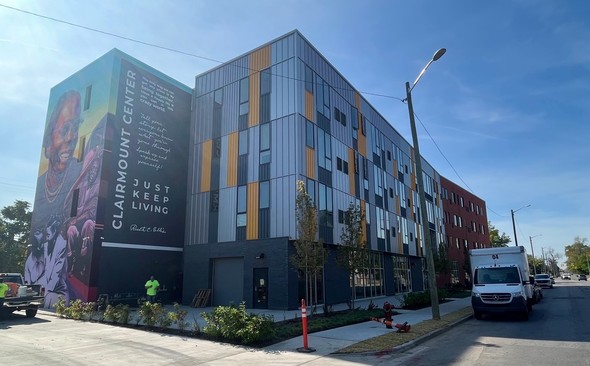 Catch up on other recent Affordable Housing initiatives below: