Jul 13
POSTED BY Office of the Assessor 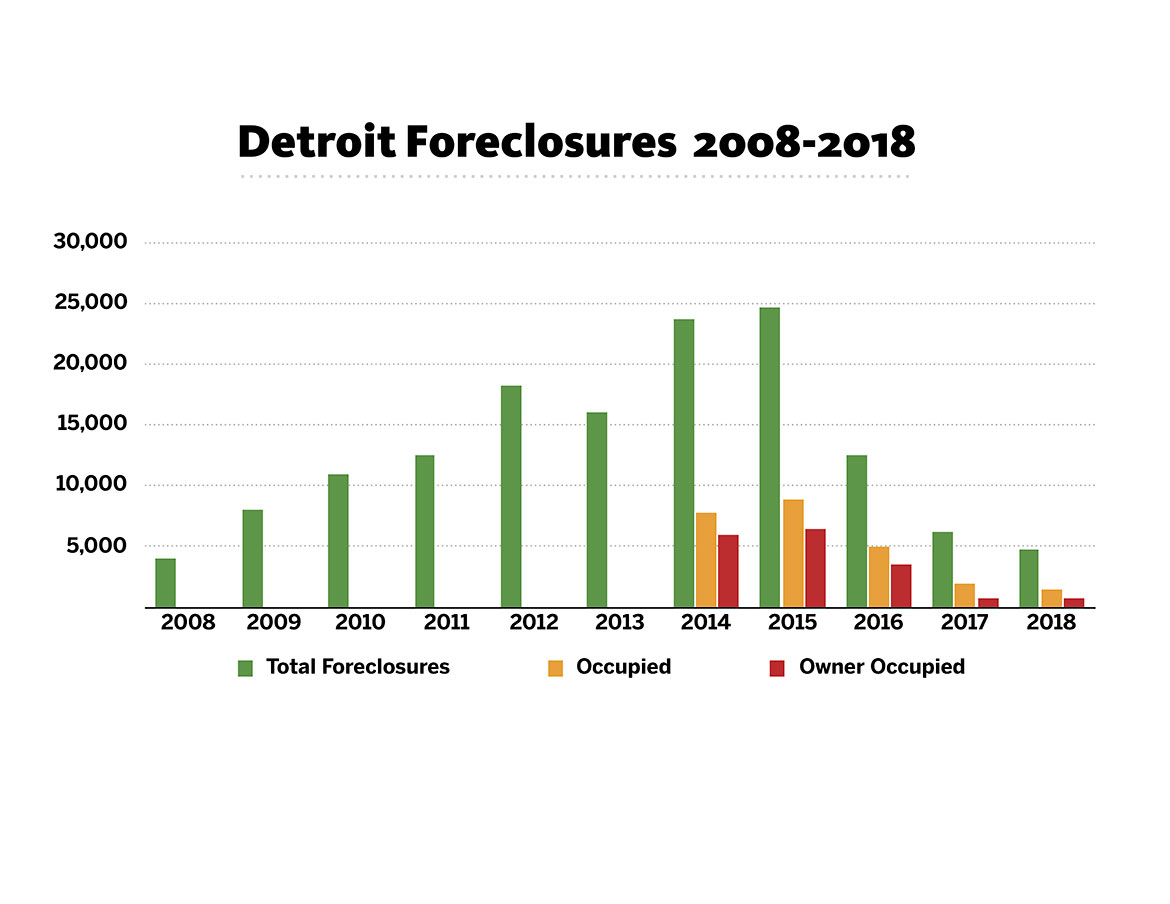 “We are working as hard and smartly as possible to help prevent foreclosures in Detroit and in all of Wayne County,” said Treasurer Eric Sabree. “Each year you are seeing the results of the efforts of my office, our public and private partners in communicating with and helping people stay in their homes. We have had an unprecedented community communications effort and great partnership with the Mayor, County Executive Warren Evans and the leadership of the 42 other municipalities that comprise Wayne County. We will not rest until we reach the goal of zero owner-occupied foreclosures.”

The number of owner-occupied tax foreclosures is expected to continue to be reduced following the completion of the right of first refusal program launched earlier this month. The program, expanded after a successful pilot last year, will give up to 300 more Detroiters facing tax foreclosure the opportunity to stay in their homes.

“As Detroit comes back, we need to do everything we can to make sure those who invested and stayed in our city are able to stay in their homes. We are seeing real progress in areas that impact all of our neighborhoods, and we are excited to continue this important work,” said Mayor Mike Duggan.

The continued decline reflects the multiple efforts underway in the city to prevent foreclosures, especially occupied foreclosures. Additional efforts include: