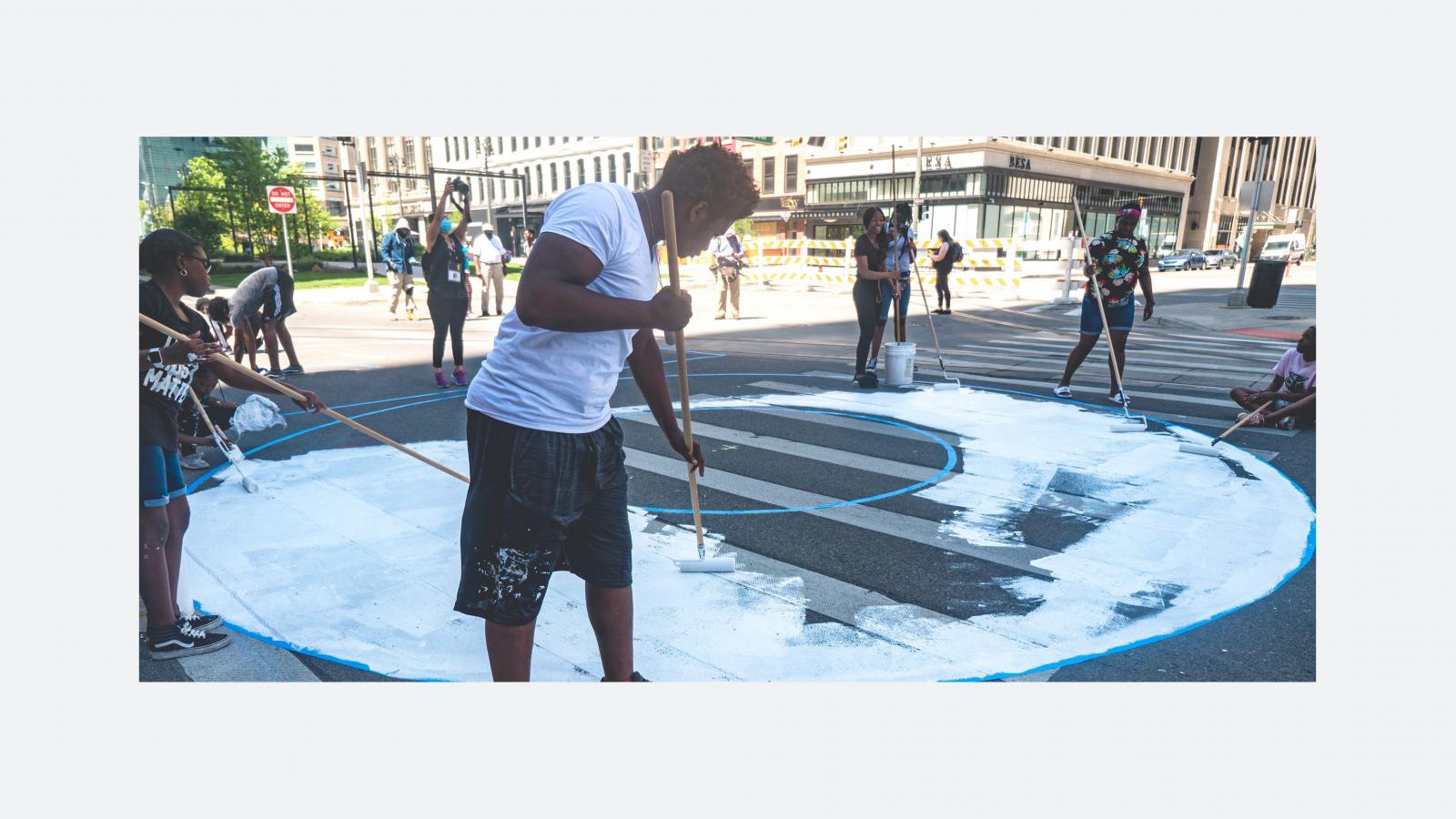 The artist chosen to lead 20 Detroit teens in a bold street project to leave a message of resilience and power on Woodward Avenue is no stranger to the Detroit and national arts community.
That's because Hubert Massey's art is everywhere - in Mexicantown, Greektown, the Cultural Center, the Charles H. Wright Museum of African American History, the Detroit Athletic Club and the TCF Center, where his 30 by 30 foot fresco called “Detroit: Crossroad of Innovation" celebrates the city’s diverse industrial and cultural heritage.

Massey was chosen by 20 students who will serve as his crew, sous artists to a genius, who selected him based on his experience, work in the community, work with youth and the sketch of his vision included in his application.

Watching the students dissect the work of the 35 artists who applied was magical," said Rochelle Riley, director of arts and culture for the city, who is overseeing the project. “They were very clear on purpose, nuance, space and how the message had to be clear enough as to not be misconstrued. I was so proud of them!"

Power to The People
Mayor Mike Duggan revealed the inspirational message, “POWER TO THE PEOPLE” , that will be painted along a block-long span of Woodward Avenue leading to Spirit Plaza on Wednesday during his weekly press briefings.

The team began work at 7 a.m. today and will paint until dusk.

An award-winning Kresge Fine Arts Fellow, Massey's distinctive fresco murals grace the halls of such visible Michigan destinations as the Flint Institute of the Arts and his alma mater, Grand Valley State University, where he earned an honorary doctorate of fine arts in 2012.

Massey studied at the University of London’s Slade Institute of Fine Arts and later learned the centuries-old fresco technique from former assistants of legendary artist Diego Rivera. Today Hubert is the only known, African American commissioned fresco artist in America.

“Public art begins with the community it will serve, Massey said in a news report. "In fact, after nearly 20 years of creating large-scale public works of art for various cities, communities and neighborhoods throughout the Midwest, it is my belief that public art should be, first and foremost, meaningful to those who surround it.

The students working with him are from Detroit Heals Detroit and from the Detroit Public Schools Community District.

The street mural project was made possible by the Knight Foundation, Bedrock, Eastern Market and Motor City Paint.