Mayor: Nearly 300 units of affordable housing to be built or preserved as state approves 5 projects

Collectively, the five awards will create or preserve 282 units of affordable housing in the city for residents earning as little as $16,500 per year and up to $44,000 per year. With the inclusion of the previously awarded and future phases of one of the five projects, this brings to 396 the total number of affordable units being created by the developments. Three of the projects will be new construction, creating 271 new units of affordable housing. Two others will renovate a total of 125 units in existing buildings while preserving their affordability for at least the next 30 years. Together, the five projects represent a $122.9 million investment in the city.

“We’ve made a serious commitment to our longtime residents that they will not be pushed out of their homes as our city redevelops, and that there will be housing options for people of all income levels, even in some of the city’s hottest neighborhoods,” said Mayor Mike Duggan.  “I am deeply grateful to our partners and HUD and MSHDA for their confidence in our housing strategy and their support for these important projects.” 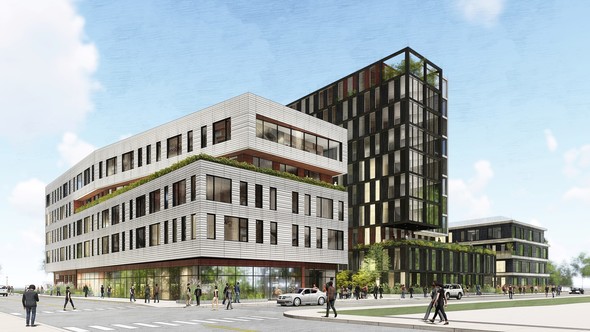 The largest of the five projects – by far – to be awarded the tax credits in this round is Brush Watson in the historic Brush Park neighborhood immediately north of City Modern. The LIHTC award announced today makes a second phase of the project – with 49 affordable units – possible, bringing the number of new units of affordable housing on the site to 163. The previously approved first phase had already planned to add 60 units, with 48 affordable. The mixed-use, mixed-income project will now feature three buildings that will encompass an entire city block and include approximately 8,000 square feet of commercial space along Brush Street. There also will be underground parking for residents. The project represents a total investment of $65 million.

“We are proud to be creating more quality housing for Detroiters in one of the city’s fastest-growing neighborhoods,” said Jerry Krueger, president of ACD. “Our goal is to build housing that is both high quality and affordable. We want to thank the City and our partners for believing in this project, one we think will make all Detroiters proud.”

Jim Holley Residences: Named after the church’s longtime leader, all 60 units at the Jim Holley Residences will be affordable, and the new-construction building will feature 5,000 square feet of commercial space. Work on the $17.8 million project at 9001 Woodward Ave. is expected to begin in the spring and take 14 to 15 months to complete. The City of Detroit is supporting the project with a $2 million HOME award. MHT Housing of Bingham Farms is serving as the developer. Total investment: $17.8 million.

“The Rev. Jim Holley Senior Residences is a manifestation of our commitment to the North End and the city of Detroit,” said Rev. Holley.  “The North End has become a livable place because Little Rock led the vision and made it possible for others to believe again that the city can be a place to grow up and grow old.” 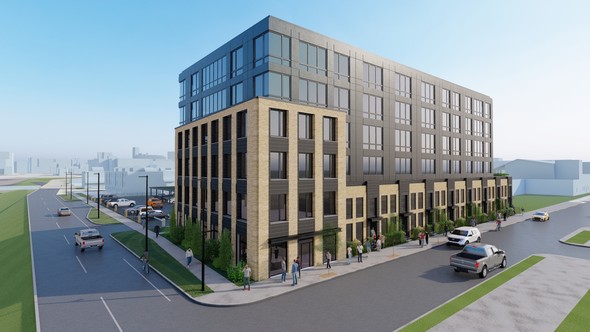 Left Field at former Tiger Stadium: The other new-construction project receiving LIHTC funding this round will create housing on what was once left field of Tiger Stadium in Corktown, at the Fisher Freeway service drive and Cochrane Street. ACD is developing Left Field, and the first phase includes 60 units, 48 of which are set aside as affordable housing ranging from 30 to 80 percent AMI, with rental assistance available for some of the units. Work is expected to begin next summer. Total investment: $15 million.

Midtown Square: Located at 93 Seward in New Center, Midtown Square is a historic apartment building originally constructed in the late 1920s. The redevelopment is being performed by John Stanley and Develop Detroit. All 73 of its units will remain affordable. Total investment: $18.5 million.

Friendship Meadows II: This senior-housing complex at 1003 Leland St. was built in the early 2000s and provides much-needed low-income housing in Detroit’s Forest Park neighborhood. The redevelopment will be conducted by Robert Beale. Its 52 affordable units will remain 100 percent affordable. Total investment: $6.6 million.

LIHTC is a federal program administered in Michigan by MSHDA that helps fund the construction and rehabilitation of affordable rental housing for households between 30 percent and 80 percent of the area median income (AMI), as determined by HUD. Rents at LIHTC properties are limited based on the AMI ensuring eligible households have quality units to call home at an affordable price.

“MSHDA is pleased to partner with the City of Detroit and the various development companies on these much-needed affordable housing projects,” Chad Benson, MSHDA acting director of development. “The five unique developments will further our goal of producing and preserving good quality affordable apartments for individuals, families, and seniors with low and moderate incomes, while helping support the city’s social and economic development goals.”

The City of Detroit’s Housing & Revitalization Department subsidized all of the new construction projects and assisted in a variety of other ways, such as the facilitation of permitting that is necessary for LIHTC application submissions.  Through its ongoing efforts to build and protect affordable housing in Detroit, the department has either helped create or preserve 785 units this year alone, and work started this year on an additional 80.

“I would like to thank MSHDA and our development partners for their commitments to creating and preserving affordable housing in Detroit,” said Donald Rencher, director of the Housing & Revitalization Department. “Our department is dedicated to ensuring that development in our city creates equity and opportunity and that our city’s neighborhoods are welcoming, inclusive places for all.”

2020 Area Median Income Limits and Rent Limits for One Person