Mayor to expand popular alley clean up program to 2,000 locations in 2021

At least 2,000 overgrown alleys in the city will be cleared of brush and debris in 2021, in the second year of a new program announced last year by Mayor Mike Duggan that saw more than 500 alleys cleared in 2020. Launched in August 2020, the program was received with overwhelmingly positive feedback from residents. Nearly 500 block clubs signed up for the program through the Mayor’s Department of Neighborhoods.

Maintenance of alleys has been the responsibility of adjacent property owners for decades, since the city vacated them.  The alley cleanup program provides residents with city assistance to address overgrown alleys in exchange for a commitment from residents for ongoing maintenance and cleanup. In the program’s first year in 2020, city crews cleared 5.1 million square feet of alleys along 505 residential blocks and removed more than 4,000 tons of trash and debris.

The alley program has been so wildly popular with residents – similar to the recent speed hump program – that Mayor Duggan announced today he is expanding the alley cleanup to reach another 2,000 blocks in 2021.  The work performed at each location includes complete removal of everything in the alley including debris removal and tree and brush trimming. Some light grading work is also done to ensure alleys are leveled and passable.

“Overgrown alleys have been a major concern for block clubs around our city for years and there has been some justifiable upset for decades that the alleys were made the responsibility of property owners without providing them any support,” said Mayor Duggan.  “This program gives neighbors a fresh start and a chance to make a major physical improvement to their neighborhoods they can take personal ownership of.”

Now that the alley program has proven successful the City will be installing gates at the ends of eligible alleys to prevent further illegal dumping. These sturdy wooden gates will be accessible to residents as well as to emergency vehicles and utilities workers.

From eyesore to neighborhood asset
Longtime resident and community advocate Marilyn Winfrey, 84, remembers when the city vacated alleys years ago and as president of the Northwest Community Block Club Association did what she could to ensure alleys were cleaned. Now that the city has partnered with her block club she feels finally has support.

“I’m very happy that the City can help us clean these alleys. As a community we will continue to do our part in keeping watch for illegal dumping and maintaining the alley,” she says. “In the spring we hope to activate the alley with fundraisers and community events to raise money for pavement improvements to the alley.”

Returning Citizens lead beautification effort
Of the 39 members who make up the city’s Alley Cleanup program, one-third of them (13) are returning citizens who are now working to improve their city’s neighborhoods.  Gino Solomon was hired by the city after his release in 2018 to work on the city’s effort to board up 20,000 vacant homes.  Now a foreman on the Alley program, Solomon has been promoted three times in just over two years.

"As a returning citizen the City provided me with an opportunity to work and better myself at the same time, said Gino Solomon, Carpenter Foreman, Alley Clean Up Program. "I put in what I want to get out and I'm grateful to have been promoted several times and serve the community I was born and raised in."

Information on how to form a registered block club also is available on that page.

After the registered block club is signed up a community liaison meets with block club leaders to tour and survey the alley. Once an alley has been selected and cleaned, the block club must commit to maintaining the alley by performing additional cleanups, at least twice per year.

There will also be a sign up page available for block clubs who are interested in the gates to receive a feasibility consultation. Once eligibility is verified and the City receives sign off from block clubs gates are installed. 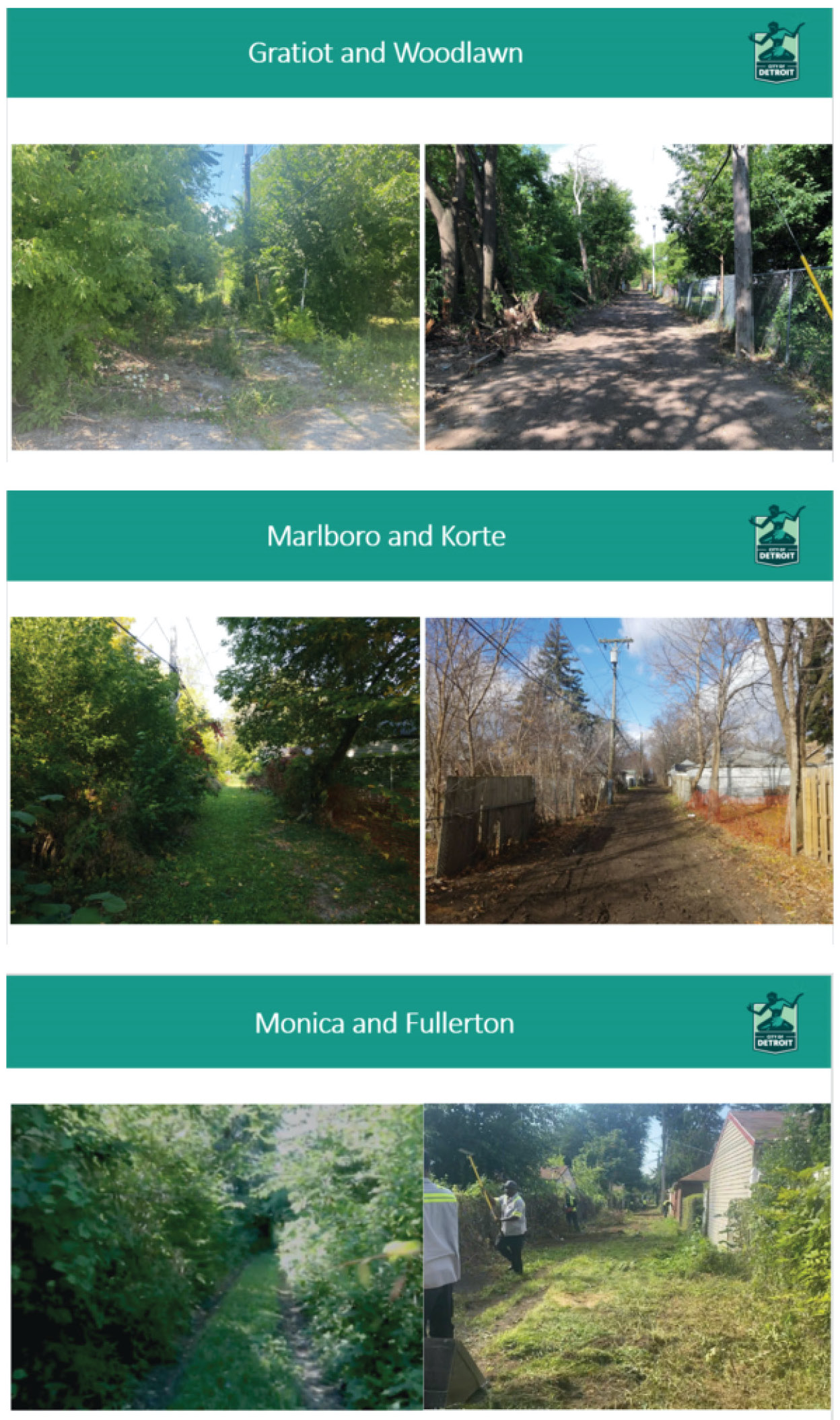