May 08
POSTED BY Department of Public Works 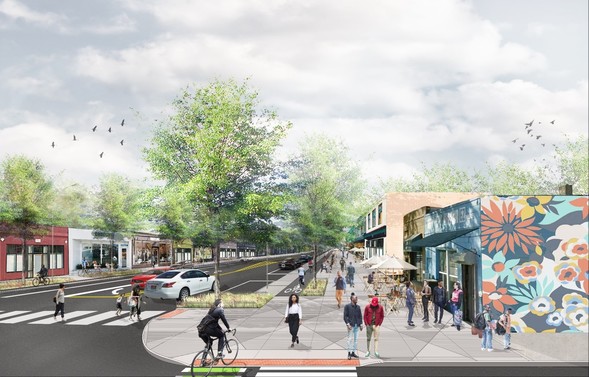 DETROIT, Michigan – Construction on the first commercial corridor revitalization project funded through a $125M bond program announced by Mayor Mike Duggan two years ago is set to begin this month.   Workers will begin removing the controversial Livernois median along the length of the project from Margareta (two blocks south of 7 Mile Road) to 8 Mile Road, which includes Detroit’s Avenue of Fashion.

In 2017, Mayor Duggan announced plans to revitalize 23 key commercial corridors in the city with a goal of making them more attractive, more pedestrian-friendly, and also to attract more small businesses. The plan is part of the city’s effort to recapture some of the estimated $2.6 billion dollars in spending that Detroiters do outside of the city due to the lack of quality shopping and dining options in their own neighborhoods.

“As we continue to reinvest in our neighborhoods, a big part of that is going to be creating attractive, walkable commercial corridors where residents will be able to enjoy a range of dining and shopping options,” said Mayor Duggan. “Most important is that final design was selected by neighbors in the area who took part in an extensive community engagement process.”

Other options included keeping a narrower median and narrower sidewalks for additional vehicle travel lanes, however the final design was approved strongly by those residents who had attended planning meetings and voted on the final design.

The work on Livernois will take place in three key phases.

“The Livernois Streetscape project represents a significant opportunity to create a more pedestrian-friendly retail destination in one of the city’s most historic and important commercial corridors,” said Council Member Roy McCalister. “I applaud the efforts of the city’s planning department and especially the participation of the many residents and business people whose input was referenced as part of this new vision for Livernois.”

Avenue of Fashion will remain “Open for Business”

Livernois, which is an increasingly thriving retail district with several new businesses, will remain open to traffic in both directions for the duration of the project.  However, lane closures, the temporary removal of on-street parking and sidewalk replacement will make accessing businesses more challenging.  To help minimize the impact, the city’s business district liaisons, Department of Neighborhoods district managers and City Council staff have been working closely with business owners to help them plan activities to continue to draw shoppers and diners to the district.

Part of what business liaisons will be doing is to make sure contractors coordinate construction taking place in front of individual businesses to minimize the impact.    Business owners also are being provided direct contact information for the project engineer and business liaisons who can help address any issues that arise during construction.

Excited about the enhancements being made to the Livernois streetscape, business owners look forward to the inclusiveness the redesign will provide.

“Executing this streetscape will create a sense of place for locals and tourists alike,” said Rufus Bartell, Business Association member and owner of Simply Casual. 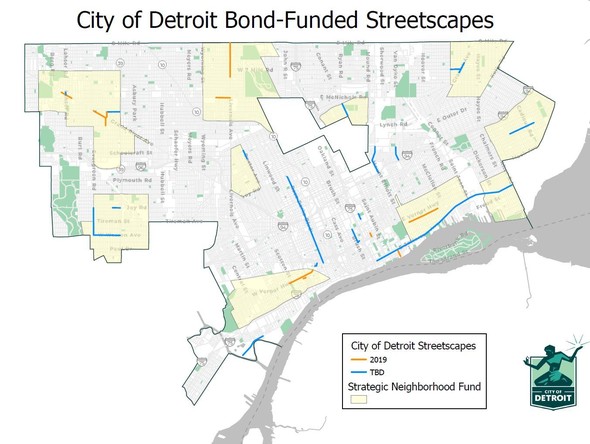 In 2019, a total of seven commercial corridors will begin construction.  They are: