Nearly 100 dogs and cats being sheltered at Detroit Animal Care and Control are now in loving homes or in the care of DACC community partner organizations as part of DACC's first annual Be My Furry Valentine adoption fair which was held Friday, February 14 through Sunday, February 16th. The city has significantly expanded its pet adoption efforts, as well as foster care efforts, which has helped to increase DACC's live release rate.

Dozens of families and individuals visited DACC on Valentine’s Day, as well as Saturday and Sunday to find the furry new love of their life. The event was a tremendous success, eclipsing DACC's past adoption events. Here is how the numbers break down:

“This was our most successful weekend with all adoptable animals finding new homes and our shelter population is the lowest it’s been since DACC moved into its current facility," said DACC Director Mark Kumpf. "We have had tremendous support from partners like the Bissell Pet Foundation, Friends of Detroit Animal Care and Control along with great response from our animal rescue partners and the community."

Goal is to become a “no kill” shelter

At the end of 2019, the average monthly Live Release Rate which includes adoptions, transfers to DACC partners or returning stray dogs to their owners, was 77%, exceeding the goal of 70% by the end of 2020. In January, DACC reached a live release rate of 86.6% moving closer toward its overall goal of 90% — a national standard for no-kill status. A significant reason for the improved live release rate has been the increase in adoptions.

Following launch of a new ZERO DAY intake strategy average length of shelter stay also has decreased from 45 to 26 days. The City is only required by law to keep stray dogs for three days.

To ensure more animals find a new home, DACC is planning an adoption this week along with five additional events the week of Mardi Gras as follows: 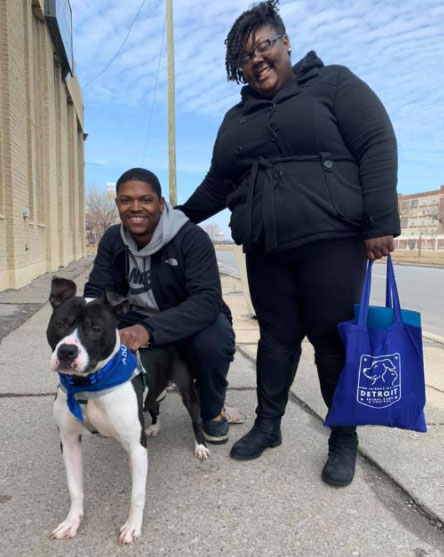