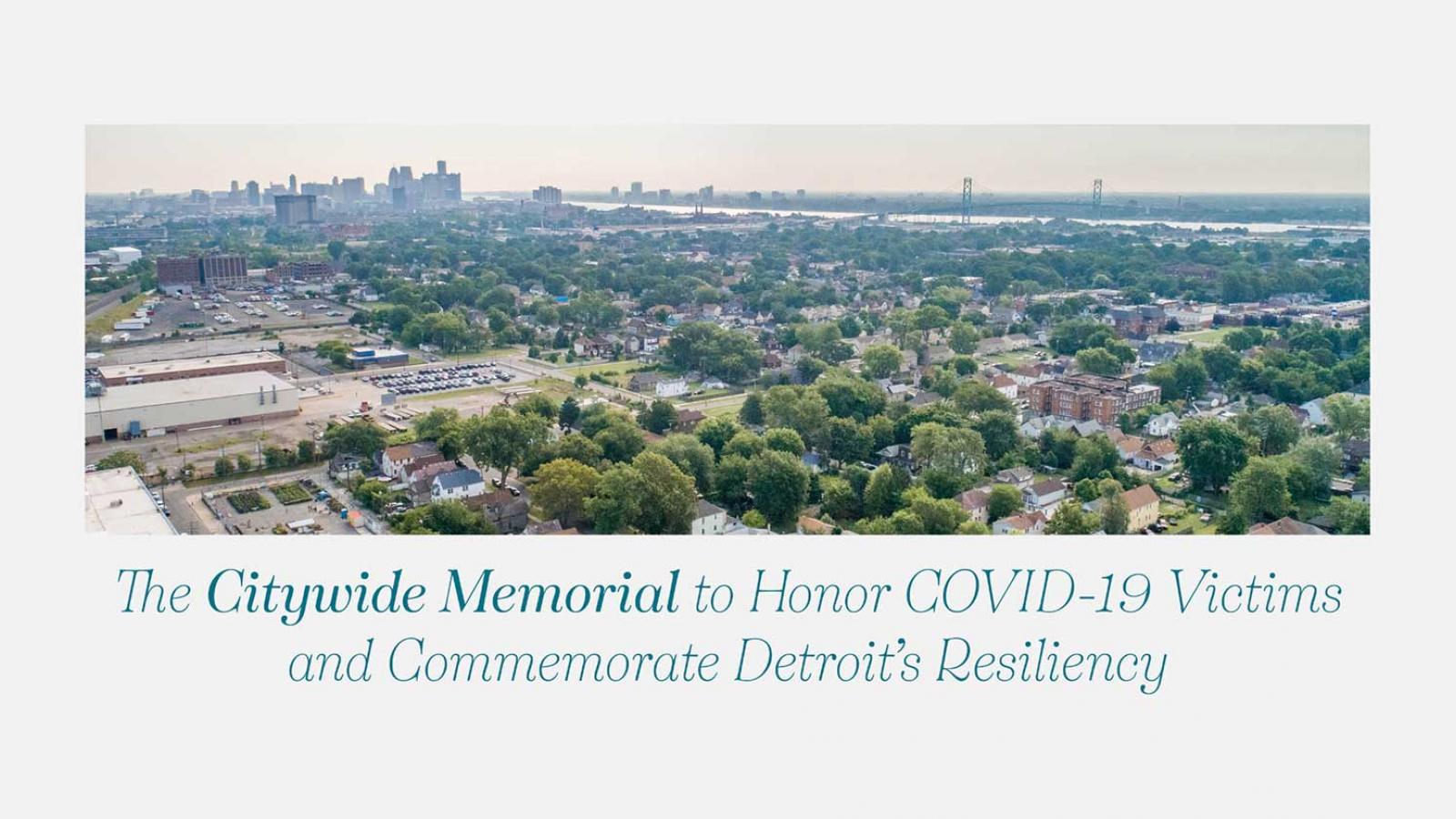 Detroiters families will have a chance to take one last public look at their lost loved ones August 31 in the nation’s first citywide memorial to honor victims of Covid-19. Mayor Mike Duggan has declared that day Detroit Memorial Day, a time for all Detroiters, for all of southeast Michigan, to take a moment to remember those who did not have the funerals and home-goings they deserved.

The memorial is set for Belle Isle. Mourners will join 14 consecutive funeral processions to drive past nearly 900 billboard-sized photos of their loved ones staked around the island. The photos represent a majority of the 1,500 Detroiters lost to the virus between March and August 18th. Family members provided each of the images being displayed along the memorial drive route.

WRCJ 90.9 FM is partnering with the City to provide the soundtrack for the memorial drive. Mourners—and residents across the city – will be asked to tune their radios to 90.9 all day so the sounds of gospel, classical and jazz music will rise up like thunder along the river and around Detroit.

“If we couldn’t have the symphony come to the island, we can have the island play the symphony,” said Rochelle Riley, director of arts and culture or the city and coordinator of the memorial.

During the drive, the station’s hosts will present occasional mini-profiles of some victims and offer messages of hope from the mayor, City Chief Public Health Officer Denise Fair and the generous members of the Detroit Memorial Steering Committee who shared the City’s embrace of those who lost loved ones. Rochelle Riley, the city’s director of arts and culture, who coordinated the memorial, will offer glimpses into how the memorial came together and how the city plans to continue to honor victims in the future.

After the processions, the City has arranged for repasts, or dinner, for the nearly 900 families, thanks to the hardworking restaurants that just recently fed front-line workers as part of a City effort to salute those who are giving so much of themselves at hospitals, food banks and homeless shelters.

In addition to the Presenting Sponsor and Repast Sponsors, the City deeply thanks all those who are still contributing, including Platinum Sponsor Huntington Bank, Gold Sponsor Blue Cross Blue Shield and several small and Black-owned businesses who will be listed in a printed program mourners will receive containing the names of the nearly 900 victims whose families submitted photos for the memorial.

The August 31 Memorial Drive will begin with families and friends gathering at the staging area on Atwater Street across from the Aretha Franklin Amphitheatre. They will be assigned specific arrival times by group. Those assigned times and other instructions will be emailed this week to the persons who submitted the photos.

Lead cars from several Detroit funeral homes will guide each of the 14 processions. One gracious funeral home, O.H. Pye, has volunteered to serve all day. The funeral cars will lead the processions north on Chene and east on Jefferson to Belle Isle and then around the island.

The first procession Monday will be lined up ready to enter Belle Isle at 8:45 a.m. At that time, Detroiters across the region–families, businesses, churches, neighbors–will be asked to ring bells for 15 minutes to honor our 1,500 victims and signal the beginning of the drive.

The Memorial Drive is possible only because family members agree not to leave their cars, thus abiding by Gov. Gretchen Whitmer’s mandate against social gathering. Families can return on Tuesday to take photos with the billboards or place memorabilia near the photos.

All families that follow the guidelines will receive the large billboard photos of their loved ones as a gift after the event.

Belle Isle will be closed to all public car, bike and pedestrian traffic for the day. At 4 p.m., after the final procession, all mourners and all Detroiters are asked to head home to watch a special Detroit Memorial Day concert on the Detroit Arts and Entertainment Channel (Detroit A&E – Channel 22) and The Ford Fireworks on WDIV Local 4. There will be no in-person viewing of the fireworks this year.

August 30th commemorations to be held in every Council District

District 1
Councilman James Tate will gather families for a socially distanced ceremony to dedicate the site of a statue to be commissioned to honor his district’s COVID-19 victims. Details will be announced next week.

District 2
Councilman Roy McCallister will gather families for a socially distanced ceremony at the Child Star Development Center, 10340 Seven Mile, to dedicate the site of a mural commissioned to honor his district’s COVID-19 victims. Details will be announced next week.

District 3
Councilman Scott Benson will gather constituents for a socially distanced event at the Farwell Recreation Center, 2711 Outer Dr. E, to announce plans for a major mural in his district to honor his district’s COVID-19 victims. Details will be announced next week

District 4
Councilman Andre Spivey will gather his district’s families at Chandler Park for a socially distanced ceremony to honor his district’s victims of COVID-19. Details will be announced next week.

District 5
Council President Pro Tem Mary Sheffield will gather her district’s families for a socially distanced event to announce the artist who will create a unique mobile mural that will travel the district in honor of her district’s victims of COVID-19. Details will be announced next week.

District 6
Councilwoman Raquel Castañeda‐López will host an intimate, socially distanced gathering at West Riverfront Park, 1801 Jefferson, to honor her district’s victims of COVID-19. Poets will offer spoken word and Detroit sensation Ahya Simone will perform on the harp. District residents are asked to bring candles to light. “We plan to not only gather to remember lives lost, but also invest in PPE to deliver to vulnerable individuals to prevent the spread of COVID and loss of more life,” Casteneda-Lopez said.

District 7
Councilman Gabe Leland and his district managers will hold a socially distanced gathering at 2 p.m. at O’Shea Solar Park, 15870 Capitol St. for a COVID-19 Memorial Bench to honor his district’s victims of COVID-19. Residents will observe a moment of silence and have an opportunity to leave a memorial note for lost loved ones. RSVPs are expected at 313 224-2151 or at [email protected].