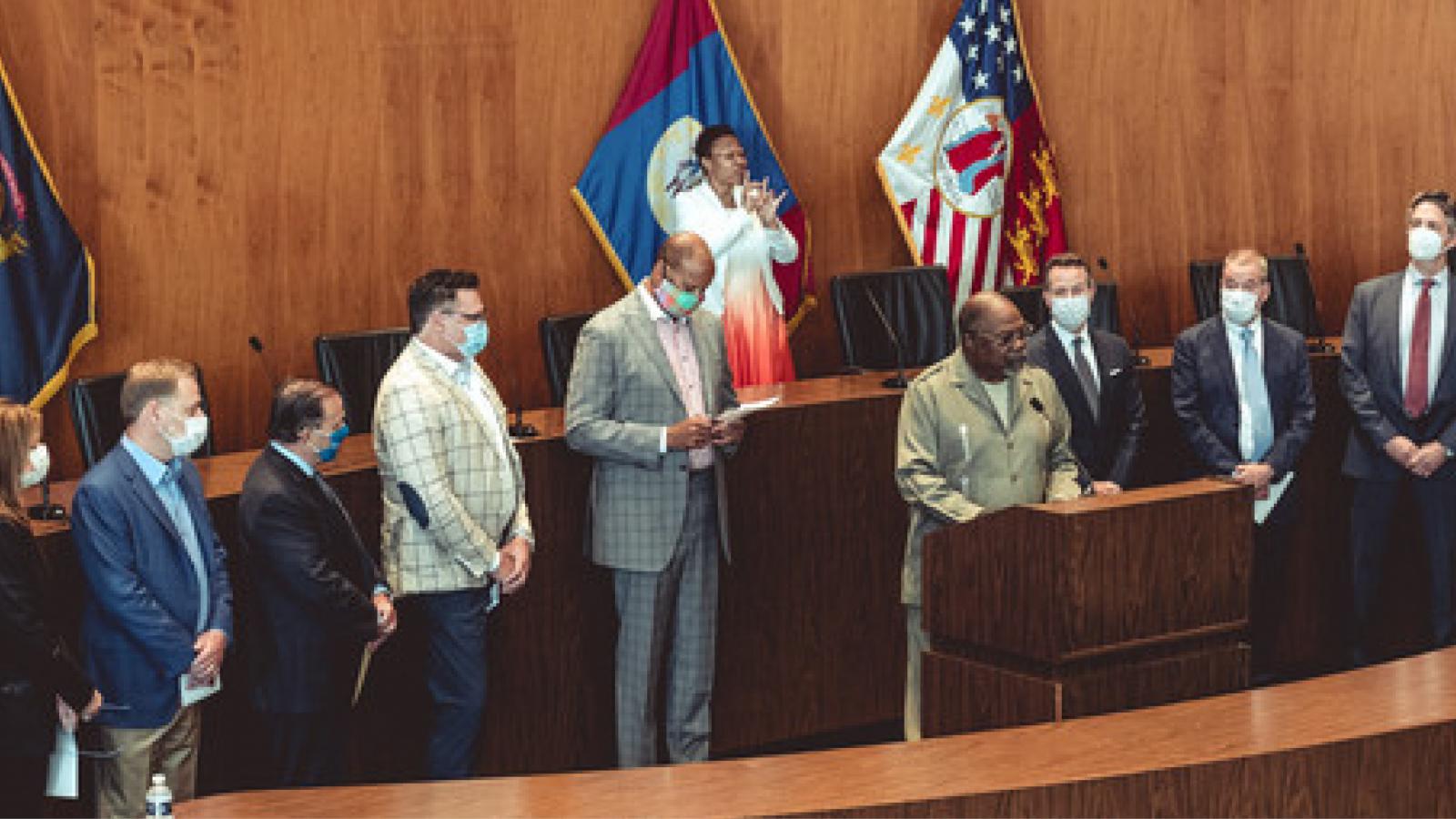 The following statement was issued today at a press conference with the CEOs listed below, along with Mayor Mike Duggan and Rev. Wendell Anthony.

We are here because we believe it is the responsibility of every American to speak out against the racism, and injustice we are witnessing in our country. We stand with the black community in calling for change across the nation and acknowledge the pain and loss endured by too many for far too long. Now is the time for change and we support those who are peacefully marching for it across our nation.

We condemn the acts of injustice in the tragic murders of George Floyd, Ahmaud Arbery, and Breonna Taylor and the many other men and women whose lives have been cut far too short.

As a show of unity, sensitivity and our collective humanity, we declare our uncompromising support for and the application of equal justice for every American.

The 10 CEOs speaking out today represent more than 600,000 employees.