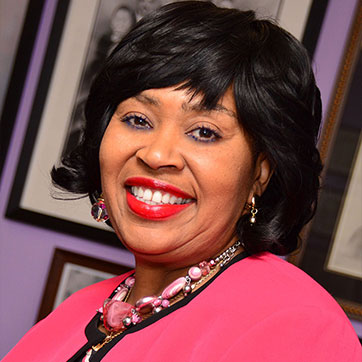 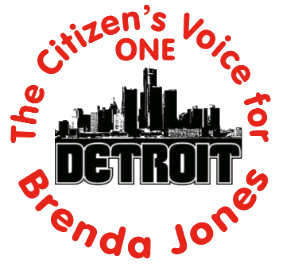 The Detroit City Council will review the budget beginning March 2020. In order to ensure that all Detroiter’s have their voice heard on how their tax dollars are spent, myself and Council Member Janee’ Ayers are releasing a budget survey to get your feedback on budget priorities. Please click the link below to complete the survey. The survey will close on January 17, 2020.

It it my pleasure to continuously serve you as the Detroit City Council President. We must work together to enhance and improve our City. I am working diligently on ordinances, resolutions, and initiatives that further works to improve your quality of life.

If you have any questions and concerns, would like to make a suggestion, or make a report, please click the link below:
Legislative Engagement Form

Council President Jones and Council Member Ayers are working with Detroit Animal Care and Control!   They are helping to secure our Detroit residents with employment opportunities in becoming an Animal Care Control Technician and/or an Animal Care Control Officer. Earn between 30K - 45K yearly, caring for captured and rehabilitated animals that were strayed, abandoned and rescued. This is a great opportunity for our Returning Citizens and for those interested in working with animals.  Click on the link below and complete the entire form and submit for consideration.

In order to better administer the online public comment process, there will now be one form for all Formal Session Meetings, Evening Community Meeting Public Comment, Evening Community Meeting RSVP, and budget meetings. Residents are able to register ahead of time for all presently scheduled City Council meetings. Residents are now also able to upload documents and leave comments if they are not able to attend City Council Meetings. If there are any special meetings or session scheduled, the forms will be updated and a new link will be provided. We look forward to hearing from you!

The Detroit City Council has scheduled an EVENING COMMUNITY MEETING to be held on Tuesday, January 21, 2020 at 7:00 p.m. Held At:

Brenda Jones was elected to serve the citizens of Detroit in November 2005 and was re-elected to a second term in January 2010.  On January 6, 2014, Ms. Jones was elected President, Detroit City Council. As a member of this legislative branch, she pledges her commitment to:

President Jones was appointed unanimously by her colleagues to represent the Detroit City Council on the Fire and Police Pension Board.  She also serves as ex-officio member of all standing committees.  In addition, she is the Chairperson of the Skilled Trades Task Force and Military Veterans Task Force.

President Jones is the former President of Communications Workers of America, Local 4004, where she represented over 1,000 union members and advocated tirelessly for fairness and equal rights in the workplace.  She continues to work for justice for all citizens.  President Jones currently serves as a Board Member for several organizations:  the Michigan Coalition for Human Rights; the Detroit Metropolitan Interfaith Committee on Worker Issues; Secretary for the Communications Workers of America National Minority Caucus; Trustee of Michigan Minority Networking Women – Detroit Chapter; Trustee of Elise Bryant Educational Scholarship Foundation; and 1st Vice President of the A. Philip Randolph Institute (APRI) – Detroit Chapter.  She is a member of groups such as:  the Coalition of Black Trade Unionist (CBTU); the Trade Union Leadership Council (TULC); lifetime member of the National Association for the Advancement of Colored People (NAACP); and a NEP Delegate for the Coalition of Labor Union Women (CLUW).

President Jones has been an active and faithful member of the Wyoming Avenue Church of Christ for 43 years.  She is also a Precinct Delegate for the 14th Congressional District.  She is the former president of the Oak Grove Community Council and continues to be an active member.  President Jones attended and graduated from Detroit Public Schools, Wayne State University, and Wayne State University Labor School.  She has been the recipient of numerous awards for her diligent commitment to making a positive difference in the lives of all she meets, including:  Spirit of Detroit Award, 1988; Sojourner Truth Award from the National Organization for Women; S’Hero Award and the Tip of the Spear Award from the University of Michigan Labor Studies; Community Leadership Award from O.L. Trone, Sr. Scholarships, 2007; Public Servant Award from the Arc Detroit, 56th Legacy Awards, 2007; Distinguished Service Award For Outstanding Service and For Inspiring Youth to do the Best in  School and Community from the Metro Detroit Youth Day and Michigan Food & Beverage Association, April 15, 2009; and the Olga M. Madar Award from the Metro Detroit Coalition of Labor Union Women, June 12, 2009.

President Jones is a trailblazer, visionary, and humanitarian.  She regularly attends community meetings throughout the city and feels it is important to meet with citizens in their neighborhoods.  President Jones has also taken part in several student career days throughout the city and is committed to partnering with the business community to provide employment for high school and college student interns during the summer.  In order to gain a greater understanding of the Detroit Police Department, President Jones attended the Citizen Police Academy and was proud to receive her Certificate of Completion on May 7, 2009.  Since being elected in November 2005, President Jones has sponsored several resolutions to address everyday issues that affect the citizens of Detroit.  Her greatest accomplishments, however, are feeding the hungry, providing shelter to the underprivileged, working to find job opportunities for those in need, and saying a kind word to the hopeless.  She continues to be an advocate for hope, opportunity, and positive change.

The Detroit City Council P resident's Office made several achievements and accomplishments in 2018 under the leadership and guidance of Council President Brenda Jones, prior to the November 20, 2018, Council Recess!

During this year’s City Council Session, Team Jones led the charge on four important pieces of legislation approved by the Detroit City Council that will improve the quality of life for Detroiters and increase the capacity of Detroit businesses to do ethical business and secure city contracts

The Michigan Indigent Defense Commission Plan application submitted to the State of Michigan.

Memo: Creation of the Office of Disability Affairs

Request for an opinion from the Law Department on the possibility of the creation of a City Wide Missing Persons Database.

In a recent article entitled “Detroit homeowners overtaxed $600 million” published by the Detroit News, it was stated that “of more than 63,000 Detroit homes

Report detailing the Detroit Animal Care and Control’s utilization of the FY2019- 2020 Budget.

END_OF_DOCUMENT_TOKEN_TO_BE_REPLACED

On Tuesday, February 24, 2009, I voted against the resolution to reject the transfer of Cobo Hall to a Regional Authority. I do not believe this is the best deal for the City of Detroit and I certainly do not agree with the process of negotiations that took place in reaching this legislation.

Statement on vote on Resolutions passed by City Council

On May 13, 2008, the Detroit City Council took unprecedented action in our city’s history, voting to censure Mayor Kwame M. Kilpatrick and to initiate proceedings to remove the Mayor from public office.

Statement on the Wayne County Sheriffs and DDOT Buses

On Friday, June 30, 2006, I voted against the $300.00 annual fee for trash collection because the citizens of Detroit are already over taxed. With the outrageous amount we as Detroiters’ pay in property taxes, automobile insurance, coupled with the tremendous unemployment rate and stagnant economy, the people of our city cannot afford to be burdened with more costs.

Remembering Memorial Day and its history in MIchigan

CPBJ Statement on NO Vote on $250M Blight Elimination Bonds

CPBJ Statement on NO Vote on $250M Blight Elimination Bonds

Newsletter about the Demo Bond

Remembering Memorial Day and its History in Michigan

The following represents answers to questions and concerns raised during the Monday, January 13, 2020, Public Health and Safety Standing Committee Discussion.

Please see the attached ordinance approved as to Form for the Xavier Strickland 2020 Ordinance Amendments. If you have any questions or concerns please scroll to the top of the page and complete the Legislative Engagement Link.

Resolution urging the Administration to create the Office of Disability Affairs and Advocacy.

The Office of Disability Affairs would  monitor state compliance with the Americans with Disability Act and to advise the Mayor, the Michigan Legislature and Governor on the needs of individuals with disabilities in Detroit. The Office of Disability Affairs will also be charged with assisting the State of Michigan Disability Resources department with the resolution of state disabilities issues and provide education, communication, and networking services concerning disability issues and needs for Detroit residents.

Resolution to declare March 18, 2020 Hot Sam's Day in honor to their Centennial Anniversary.

Resolution Urging Gov. Whitmer and the Michigan Legislature to eliminate the tax on non-exempt pensions.

Resolution in support of House Bill 4053

Council President Brenda Jones is the Chairperson of the Military and Veterans Affairs Task Force. 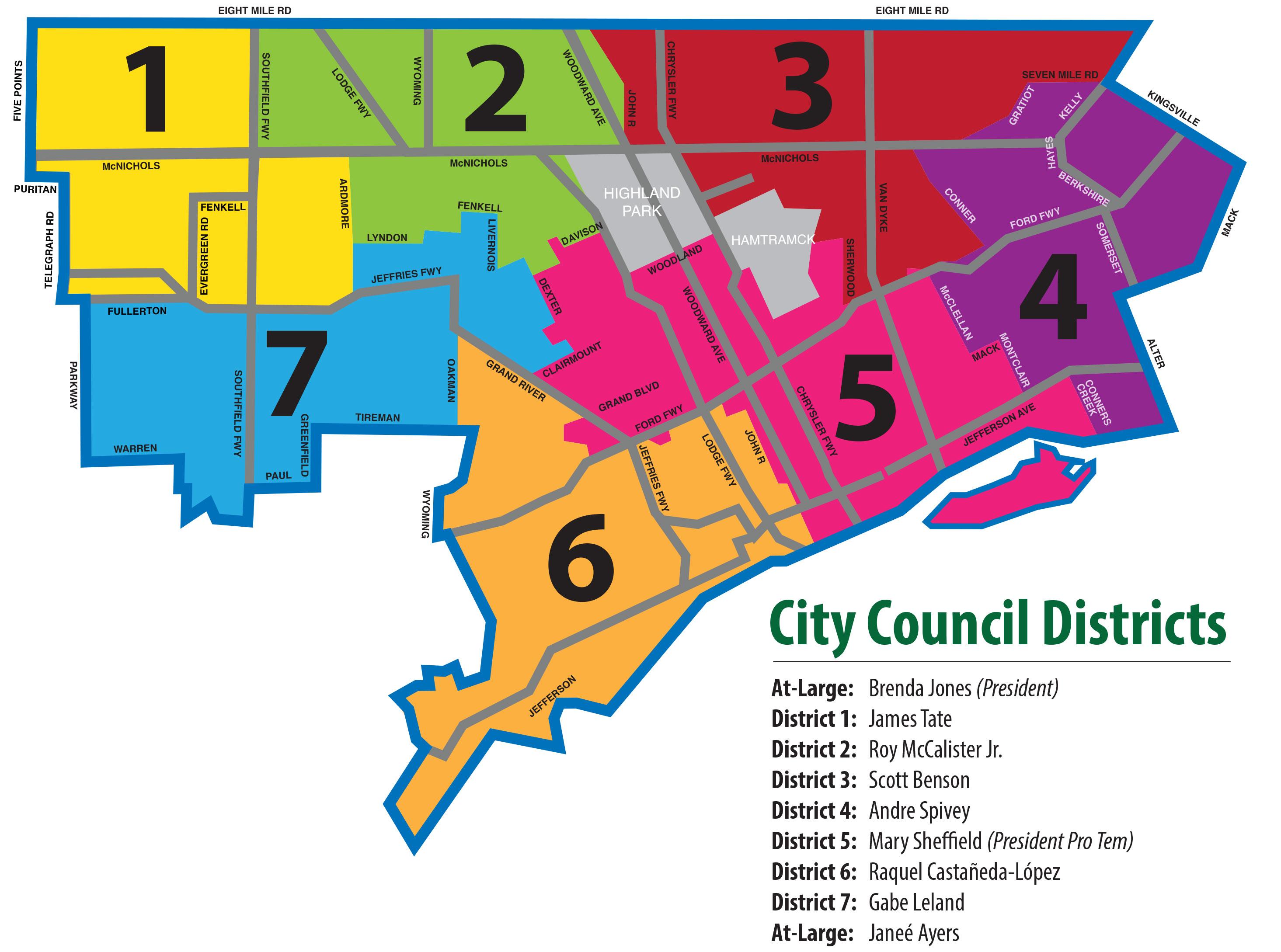