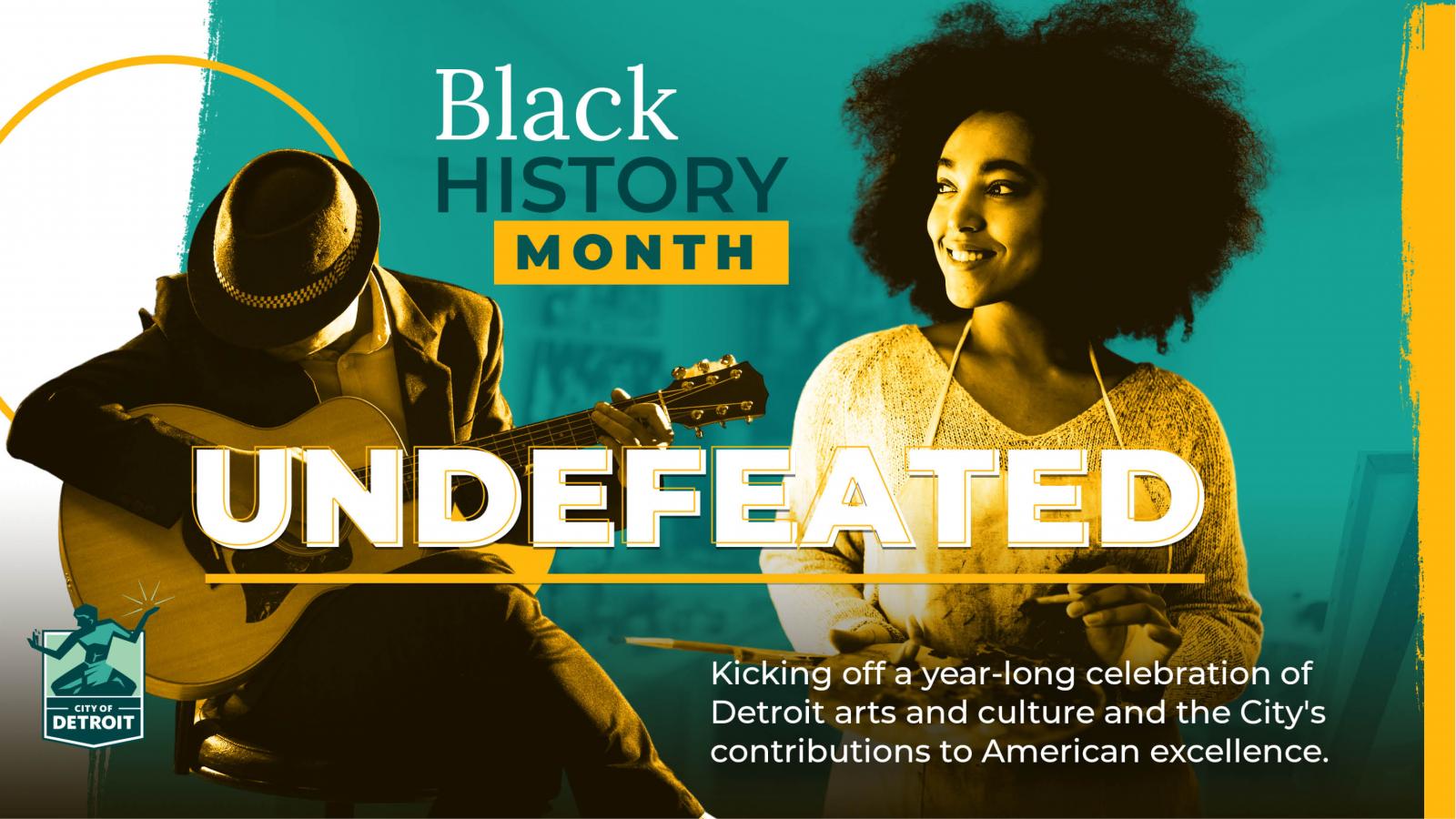 The initiative, called UNDEFEATED, will begin during Black History Month when the City of Detroit hosts a weeklong celebration of African Americans in nearly every creative genre.

The book was named one of the Top 20 novels of the year by The New York Times. Among its stellar reviews was this one: “Black Bottom Saints sneaks up on you--telling you the rich story of Black Michigan and Black Detroit in a way that has never been told before. Detroit is not just Motown. Detroit is a stronghold of black America and black culture. This book tells the story. The characters, so rich, the story so strong, so complex. This book is instantly an American classic.”

The UNDEFEATED celebration has dual purposes: to shine a spotlight on a creative community that has contributed some of the best ever in music, art, design, dance, history and literature to the nation; and to help creatives survive the pandemic.

Beginning February 1, Detroit ACE (Office of Arts, Culture and Entrepreneurship) will accept creators’ submissions of videos and samples of their performances and work in every genre. The work will appear in a monthly showcase highlighting the breadth and depth of exceptional talent in Detroit. The showcases will give artists opportunities to sell their work and performers chances to be booked for virtual events. Anyone who wants to participate should send a sample of their work or performance to [email protected] with their name, phone number and title of work.

The UNDEFEATED campaign, made possible in part by $176,000 in support from the Kresge Foundation, comes as thousands of artists have been hit hard by the COVID-19 pandemic, not just by illness but by the loss of income. Musicians, dancers, actors, production workers, poets, authors, all creatives, have seen their stages, book tours, exhibits shut down.

Detroit ACE began an emergency grants program last spring that still has a waiting list because so many people needed the rapid relief funds. Detroit ACE is still raising money for that fund.

“Our goal is to prove that Detroit is still the Paris of the Midwest," said Rochelle Riley, Director of Arts and Culture for Detroit. “We have an overabundance of talent here, and we want the city, the region, the state and the world to see it, to see all of it. As we work our way forward from the pandemic, we want to bring our entire creative community with us.”

The showcases will be featured monthly throughout the year on Channel 22 and the City’s Facebook and YouTube channels.

Channel 22, which next month becomes Detroit Arts and Entertainment (Detroit A&E ), also is launching the Detroit Black Heritage Film Series, iconic African-American films from the 1920s through the 1970s, sponsored by Walker-Miller Energy Services. The series premieres Feb. 18, and showtime is 7 p.m. Monday through Friday.

To help support the work of local artists, musicians and other creators, please donate to the ACE Rapid-Relief Fund. Send checks to Metro Solutions 18000 W Nine Mile Rd #360, Southfield, MI 48075 or call them at (313) 963-8383 to make credit card donations.