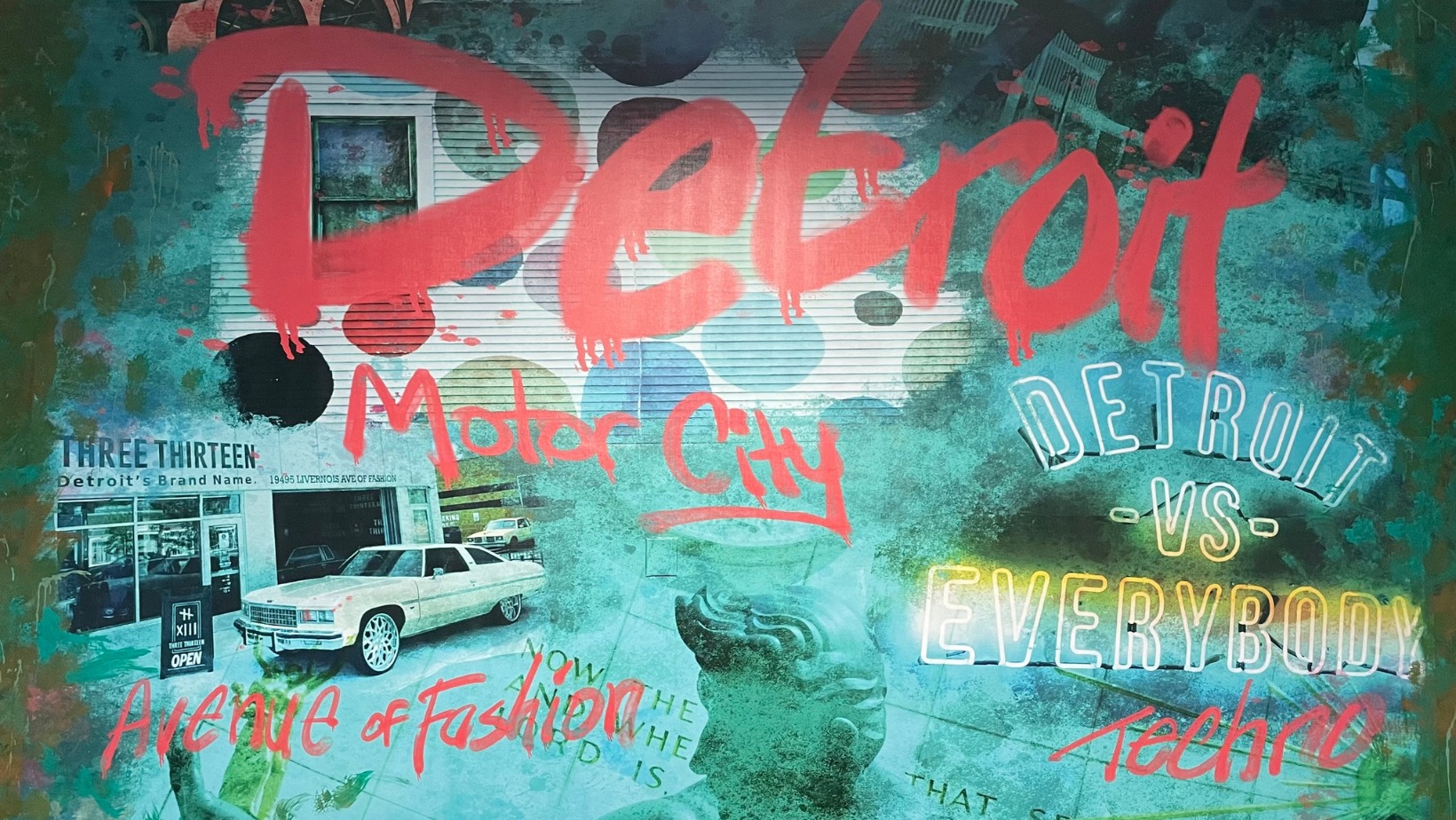 RSVP TO ATTEND AT: https://artspacemeeting.eventbrite.com/ 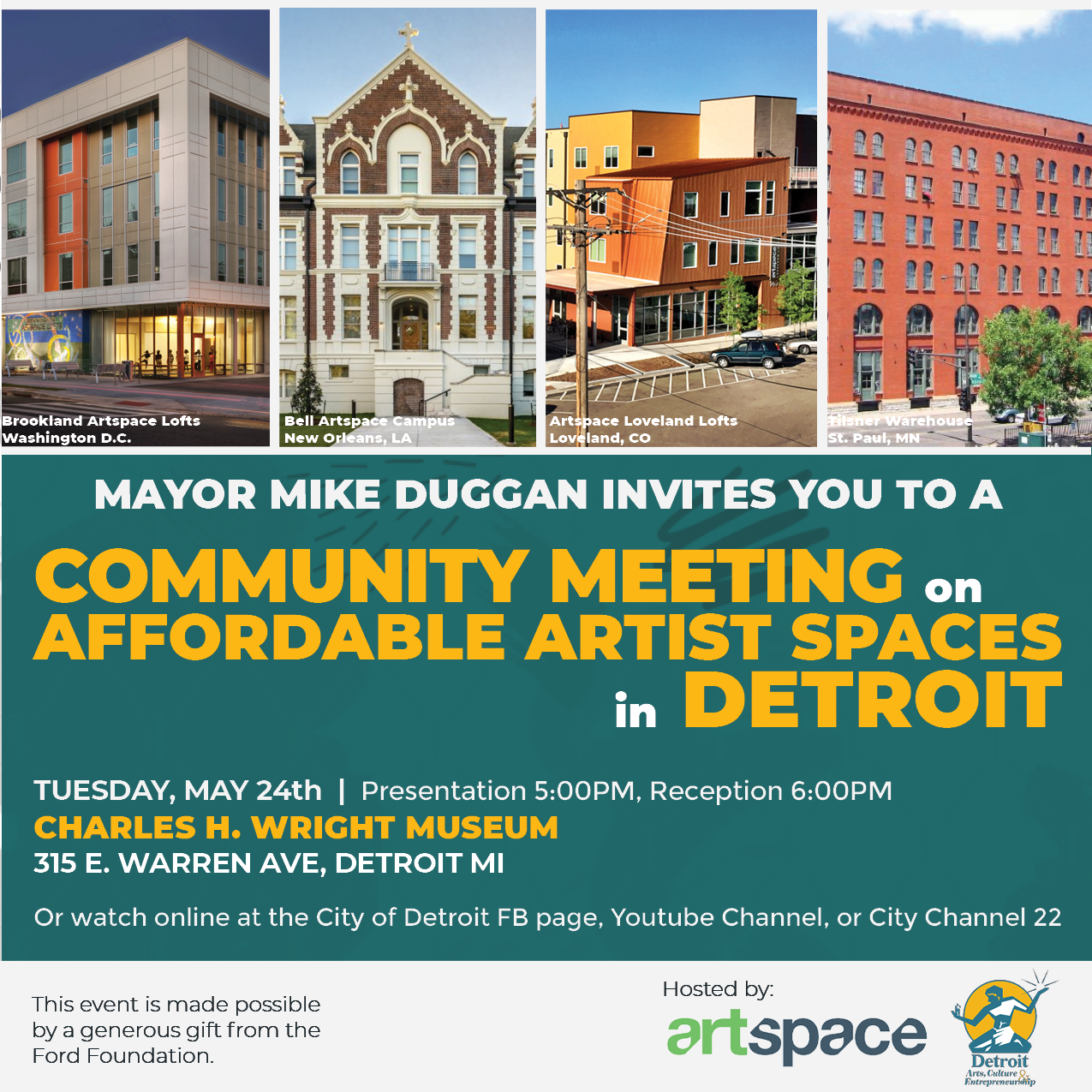 May 24, 2022 - City of Detroit's Office of Arts, Culture and Entrepreneurship (ACE) and Artspace invite you to a community meeting on affordable artist spaces in Detroit. The event will take place at 5PM on Tuesday, May 24th at the Charles H. Wright Museum and be livestreamed on the City of Detroit Facebook page, YouTube channel, and City Channel 22.

WANT TO BECOME A MURAL HUNTER? REGISTER AT: https://www.canvsart.com/join

May 11, 2022 - Detroit ACE announced it is partnering with CANVS, an art technology company, to identify all the art on the city’s walls.

Director of Arts and Culture Rochelle Riley announced the launch of the collaboration, part of ACE’s contribution to Mayor Duggan’s Blight to Beauty campaign. She also discussed how ACE will begin enlisting “mural hunters,” supporters who want to help the city honor our muralists. To better connect residents to murals, CANVS will create a digital map on the ACE web page to allow users to create tours of similar murals or find murals they have seen, but do not remember where.

Lorren Cargill, co-founder of the start-up, said that one of his company’s missions is to better connect community to art.

“When art becomes more accessible, it allows people to better connect with the city,” he said. “The Girl with the D earring – people know that now. We’re all a part of that context-setting. Once people find the murals and learn about the artists, they’re able to connect with different parts of the city and know Detroit’s artists. Cargill said he visited the North End, where CANVS loaded the murals from Sydney James’ BlkOutWalls Festival. “I had a good time there with all those murals. That place is in my mind now. I have stories there. I met people who live there. Street art allows you do that across Detroit.”

Riley said she has many duties, “but one of them is to help Detroiters rediscover our pride and embrace centuries of achievement by celebrating those among us who are excellent. That includes some of the nation’s best muralists.”

The CANVS initiative is co-sponsored by the Ford Foundation. 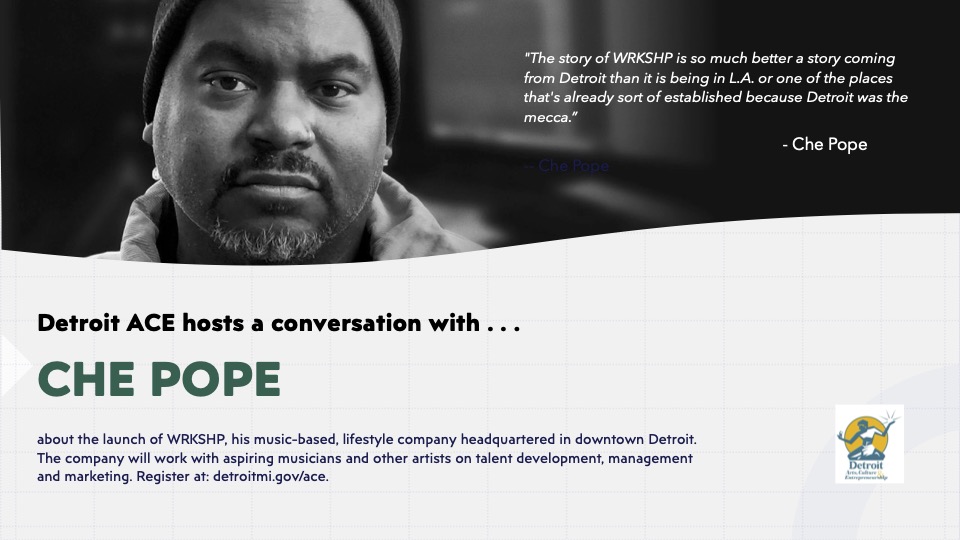 Detroit ACE hosted a conversation between Che Pope and the local artists he wants to reach with his new company WRKSHP. Pope and Dan Gilbert are launching the company to offer comprehensive services for artists to launch their careers, develop spinoff passion projects, create art with transparency, and be a part of something bigger than just music. “Instead of signing artists to these ‘360-degree’ deals, WRKSHP will partner with and educate creatives so they profit share from revenues derived from their intellectual property and most effectively monetize their art,” Pope said in news reports. Pope said he wants to disrupt the music industry. WRKSHP plans to treat artists as more than performers by helping them establish themselves as brands. The event aired Monday, February 21st.

The Detroit ACE office, in partnership with ArtOps, will continue entrepreneurship and marketing training for artists in January, thanks to the support of the Kresge Foundation.

The seminars, which began last fall, will continue on the third Tuesday of the month from 6PM to 7PM. Attendees will learn how to:

The workshops will be led by primarily Attorney Michael Hall with guest appearances from Consultant Jennifer Montgomery and others.

The schedule of workshops is below with links to previously recorded sessions. For upcoming workshops register below the event date. 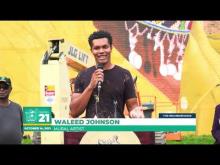