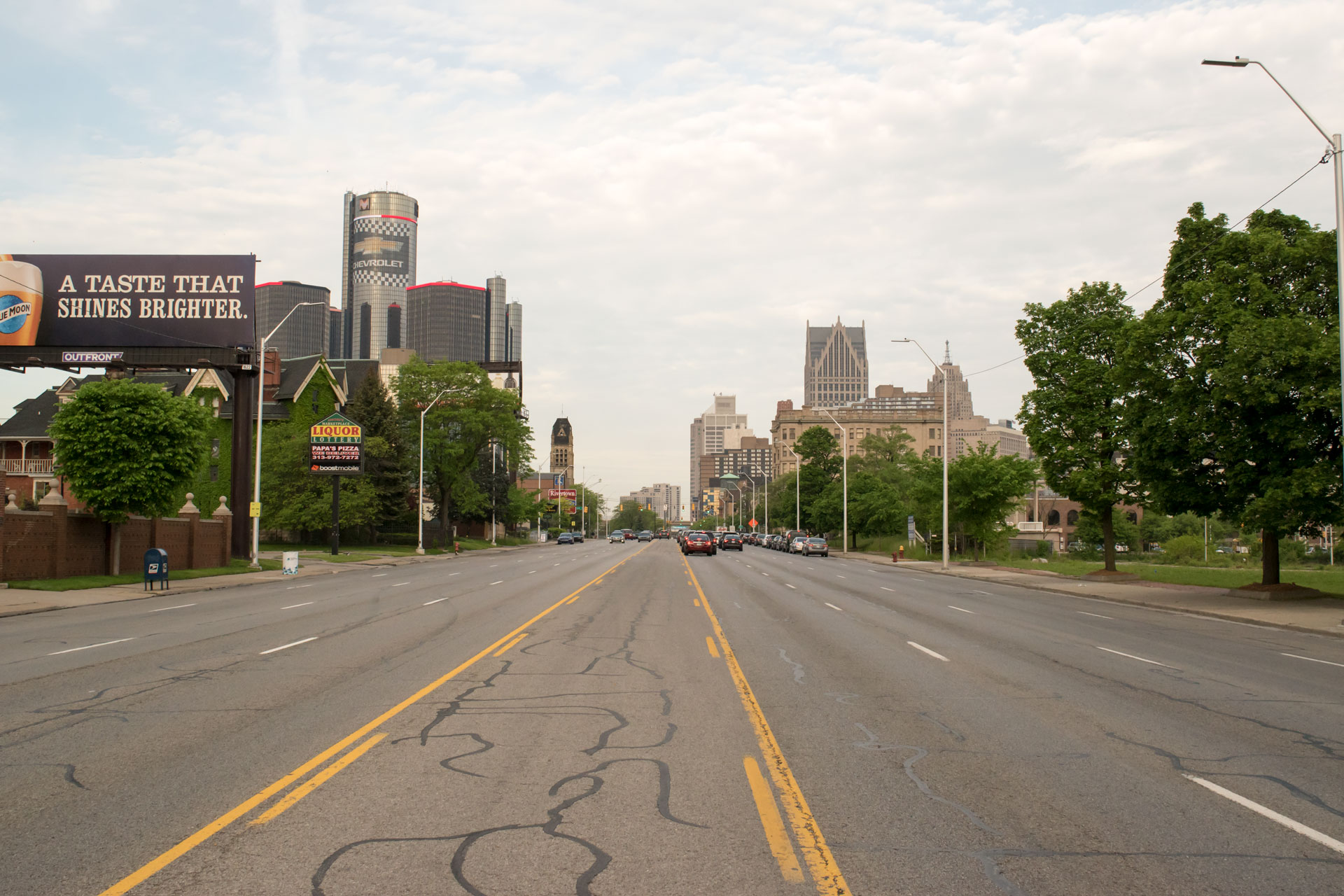 East Jefferson is one of Detroit’s great streets and serves as a key corridor connecting strong neighborhoods with the riverfront, Belle Isle, and Downtown.

The first step towards improving Jefferson was to address safety as it is one of the City’s highest crash corridors, especially for people walking and biking. Earlier this year, the City installed a temporary design as part of the Eastside Bike Network that in part will inform how East Jefferson could be transformed.

East Jefferson is central to the neighborhoods it serves including Jefferson Chalmers, the East Riverfront, Islandview, the Greater Villages, and more. The City of Detroit is planning improvements to East Jefferson to support businesses, improve safety, and enhance transit service.

Join us at one of our upcoming meetings or reach out to us directly to learn more and provide your feedback.

The City of Detroit is planning improvements to support businesses, increase the safety and vibrancy of the street, enhance public transit, and rep

The City of Detroit is planning improvements to support businesses, increase the safety and vibrancy of the street, enhance public transit, and rep

1. What is the East Jefferson Corridor Enhancements Plan?

The East Jefferson Corridor Enhancements Plan will build off the temporary design and look at how to enhance the quality of life for existing residents by improving public transit, supporting economic development, and increasing access to jobs along East Jefferson. The Study will look comprehensively at Jefferson and directly inform how $17 million in road bond funding will be spent to make improvements to Jefferson over the next few years.

There are many reasons why the City is investing in East Jefferson.

3. What will be the outcome?

The City has reserved $17 million in bond funding to invest in the reconstruction of Jefferson. That means this study will directly inform the redesign of Jefferson. Through this study, you have an opportunity to help us define what a successful Jefferson would look like.

4. Why did the City install a temporary design?

The City wanted to ensure safety was addressed in the short term as final roadway improvements of Jefferson will not be completed until 2022. We are collecting data to measure the impact of the redesign and it will in part inform the final design of Jefferson.

5. When we say public transit improvements, what do we mean?

Jefferson already has 5 bus lines! 2 DDOT Routes (9 and 80) and 3 SMART routes. One goal of this Study is to improve the experience of using transit on Jefferson. This could include different things such as better transit shelters or a bus-only lane. Additionally, the City is considering many transit options, including light rail, bus rapid transit, and other express bus services for Jefferson. Outside of this study, DDOT is working on making it easier to pay, extending service hours and bus frequency. This study will help us determine what’s possible for Jefferson.

6. What is bus rapid transit? How is it different from other transit?

It is an express bus (limited stop) service that runs on designated lanes with formal stations, functioning like rail transit on existing roadway.

7. Who are the consultants?

As with all our planning studies, we hired a team of experts that specialize in particular fields to help us. HR&A, an economic development firm, was part of the teams for the planning studies of the East Riverfront, Islandview / Greater Villages, Jefferson Chalmers and the City of Detroit’s Multifamily Affordable Housing Strategy. HR&A has brought Detroit-based architecture firm, Gensler and Detroit-based Community Engagement Specialist, E Austell Associates, on board as well as Transportation Engineering Firm, Sam Schwartz.

8. How is this study being paid for?

The City of Detroit successfully applied for and received a FTA (Federal Transit Authority) grant of $375,000 to complete this study.

9. Will DDOT raise fares to help pay for East Jefferson improvements such as this?

No. The City is paying for streetscape improvements through a $17 million bond and federal grants.

10. Can the $17 million in bond funding be spent on something else?

No, these funds can only be spent on improvements to the right-of-way which includes the road and sidewalks. Improvements could include resurfacing, benches, bus shelters, new sidewalks, new lighting, etc. While $17 million is not enough to complete all proposed improvements, the City intends to apply for additional state and federal funds.

Sign up for email updates about Jefferson Ave. transit-oriented development